Celtic FC Women will be looking to end the season on a high at Tynecastle on Sunday in the Scottish Cup Final against Glasgow City. The two sides met in the League Cup Final at Firhill in December and Celtic came out on top that afternoon lifting the trophy on front of around 5500 supporters, including of course representatives from The Celtic Star. 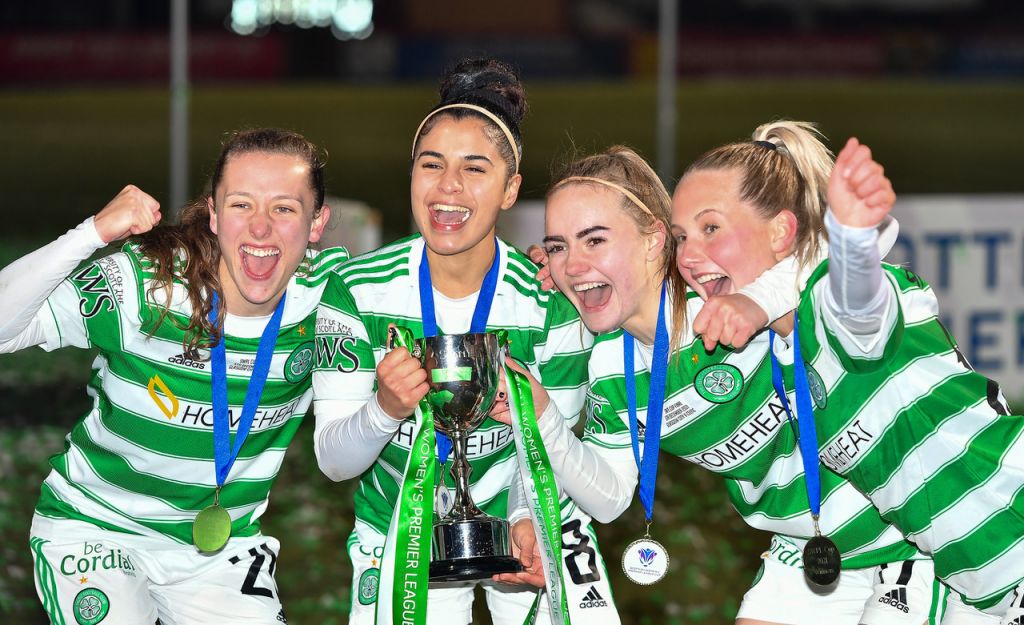 That record crowd should be smashed at Tynecastle on Sunday afternoon and with tickets available at just £5 for adults and FREE for kids, then it’s a great chance to come along and cheer on the Hoops to an historic cup double.

You’ll enjoy watching g exciting players like Jacynta, who spoke to the media today – despite extensive and continued coverage of the Women’s game The Celtic Star did NOT receive an invitation so we’ve no direct quotes to bring you from the Australian play-maker or manager Fran Alonso and we’ll be there on Sunday to cheer on the team.

There’s been two media conferences this year when all the mainstream media and other fan media sites were invited and only The Celtic Star turned up, yet for a cup final press conference, we get patched.

Anyway here’s Jacynta talking about the Scottish Cup Final in an interview with Celtic TV at today’s media event.