You are at:Home»Latest»Videos: Former Celtic man opens the scoring for Scotland in Austria, McGinn makes it two

Former Celtic defender Jack Hendry gave Scotland the lead in the international friendly against Austria this evening forcing the ball into the net from close range to give Scotland a 1-0 lad at the break. The Brugge defender has had Champions League experience this season and is now making the grade at International level too. 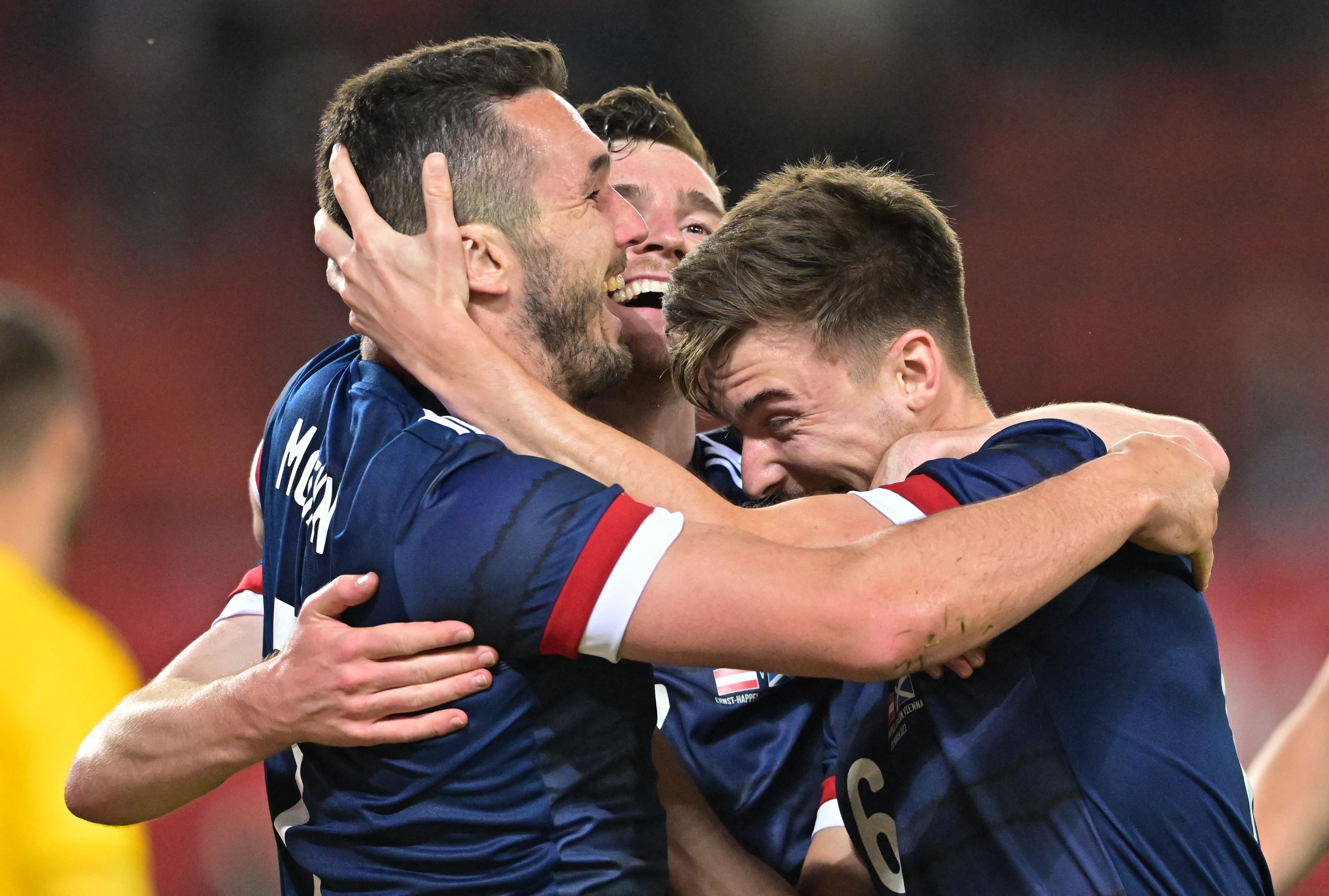 Left to right Scotland’s John McGinn,captain Andrew Robertson and Kieran Tierney celebrate after scoring during the friendly match between Austria and Scotland at Ernst Happel stadium in Vienna, Austria on March 29, 2022. (Photo by JOE KLAMAR / AFP) (Photo by JOE KLAMAR/AFP via Getty Images)

And things just got better for Steve Clarke’s side with John McGinn scoring a stunning goal after a fine cross by another former Celtic Star, Kieran Tierney.

“THAT IS A GOAL OF EXCEPTIONAL QUALITY” 💯

Austria have pulled one back in the closing stages, it’s current Austria 1 Scotland 2…

75' | GOAL Austria. The hosts pull one back through Gregoritsch.

82' | GOAL Austria. The hosts find an equaliser through Schöpf.