You are at:Home»Football Matters»The Celtic Rising ~ 1965: The Year Jock Stein Changed Everything is now back in stock!
Showing 3 of 8
Prev Next

Harry Hood – Twice as Good is out now! While stocks last you can receive a signed copy by Harry’s official biographer Matt Corr. £1 from ever book sold will be donated to Marie Curie in memory of Harry Hood.

You can order now from Celticstarbooks.com – just click on the image below… 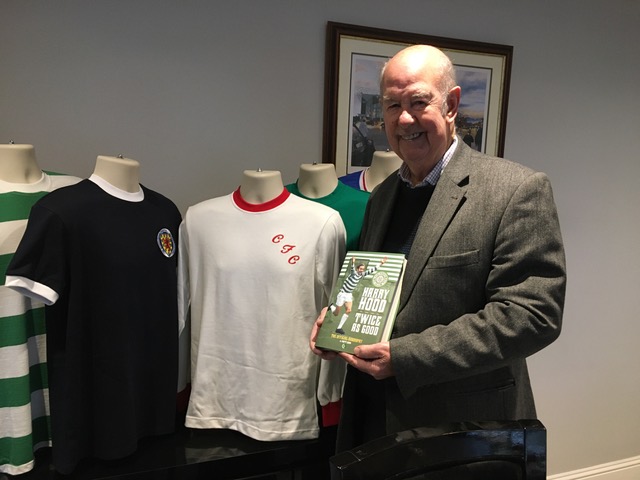 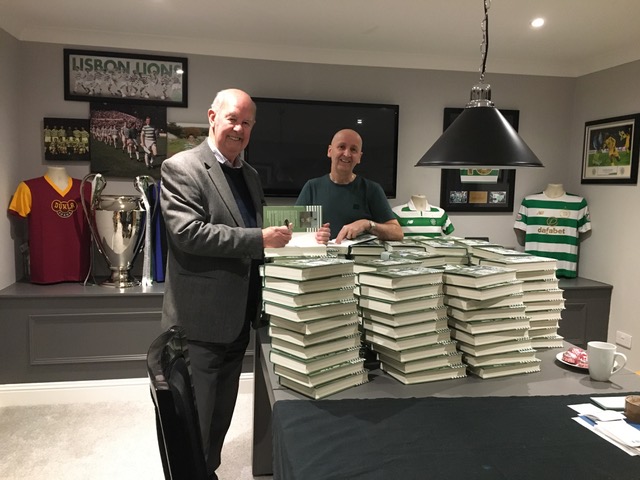 Tommy Callaghan and Matt Corr still smiling as they work their way through signing many hundreds of copies of advance orders all on their way to Celtic Fans around the world now. 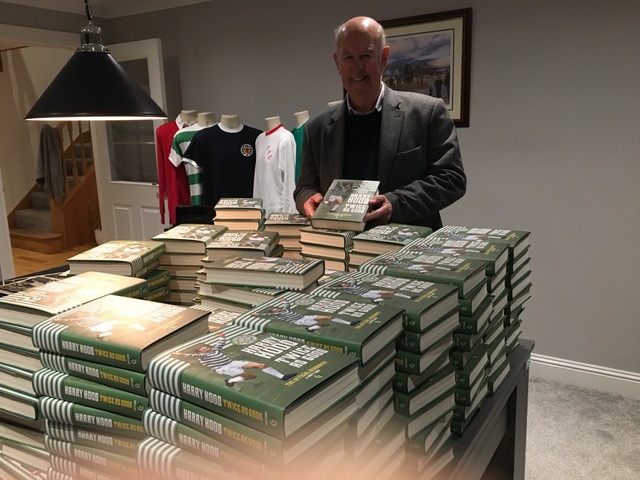 “How many copies did you say I’ve to sign?” but Tommy Callaghan made his way through them all! Top Bhoy! 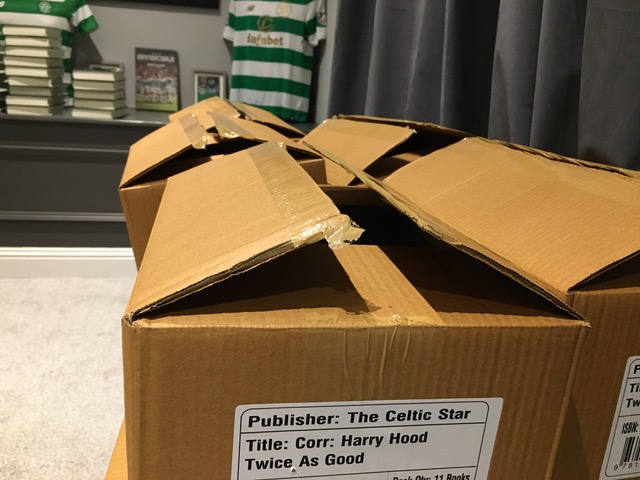 “We’ve got someone twice as good. We’ve got Harry Hood!”

Mention the name Harry Hood and it evokes memories of a wonderful footballer in a glorious era, most notably at Celtic, his boyhood club. Wearing those magical, unspoilt green and white Hoops.

Of the chants which rang out as he scored vital goals for Celtic, against the giants of European football under those massive lights in Glasgow’s east end, in the intensity of the city’s fierce derbies or major cup finals before six-figure crowds. Moments which created history.

Skilful, intelligent and classy, with 125 goals and over 300 games for Celtic in that post-Lisbon era, where the Lions and Quality Street Gang merged with Jock Stein’s astute signings to keep the Hoops at the summit of European football. A key man in an incredible team, some of whom pay tribute to Harry in this, his official biography.

Oh Harry, Harry! He did it all.

And he did it beside some of the greatest Celts of all time.

And with that unmistakeable Glasgow sense of humour.

“I called my dog Pele. It was only fair, given that he had called his dog Harry Hood!”

This is Harry’s story.

Published by Celtic Star Books and available now from CelticStarbooks.com and also the official Celtic stores.

Showing 3 of 8
Prev Next
featured
Previous Article“I would think Kyogo is probably on that list,” Ange Postecoglou
Next Article Real Madrid v Celtic: “They have been brave and haven’t feared anybody,” Ange Postecoglou