You are at:Home»Latest»Watch Brendan delighted after today’s Forrest and Rogic masterclass

A delighted Brendan Rodgers spoke to Celtic TV after the 6-0 away win at St Johnstone this afternoon.

“We scored six goals, kept a clean sheet and there were lots of really good performances, especially from James Forrest to get four goals in a game,” the manager said. 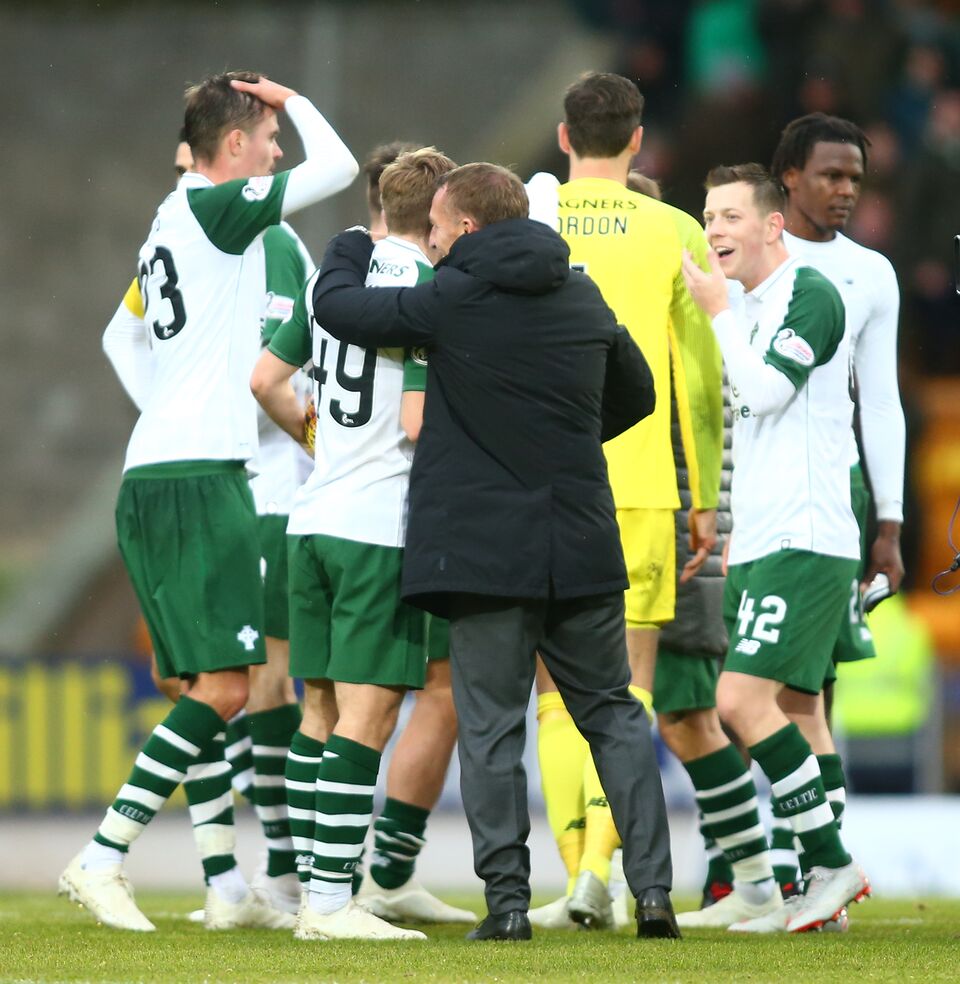 “It was important to win today and to win well was even more pleasing. It was an outstanding team performance. There was great intensity in the game and that intensity in our pressing was back throughout the team.”

And Rodgers had some special words for the combination play between four goal hero James Forrest and his one-two partner Tom Rogic, just as we praised the two in our match report – Scintillating football from James Forrest and Tom Rogic – see HERE.

“It’s good to see Tom available again. He obviously wasn’t available during the week but he’s come back in and shown why he’s a very important player for us.

“James and Tom are very close off the pitch, they have a good friendship and you can see that when they play. They look for each other and combine. Tom made a couple of great passes which made it easy for James and he took his finishes well.”