CELTIC TV have just posted the ‘Welcome to Celtic’ interview with new signing Jeremy Toljan – watch below – and the German star reveals that Brendan Rodgers sold him on the move to the Scottish Double Treble Winners.

The right back, on loan from Borussia Dortmund, is actually very impressive in this interview as he revealed that he didn’t have to think about the move for too long before jumping at the chance to play for Celtic.

“It feels great to be here. It’s a big club and I’m looking forward to getting started,” Toljan said.

“It’s going to be a big challenge but it’s one I really wanted.”

Dortmund posted this image on their social media pages last night as they wished Jeremy the best of luck for his time in Glasgow.

The player is well aware of the success that Celtic has enjoyed under Brendan Rodgers and is hungry to be part of winning more trophies this season. He’s also heard all about Celtic Park on the big European nights and is looking forward to the game against Valencia on 14 February so that he can experience the atmosphere for himself.

And Brendan Rodgers earlier today, disclosed that the player had taken a pay cut to come to Celtic. 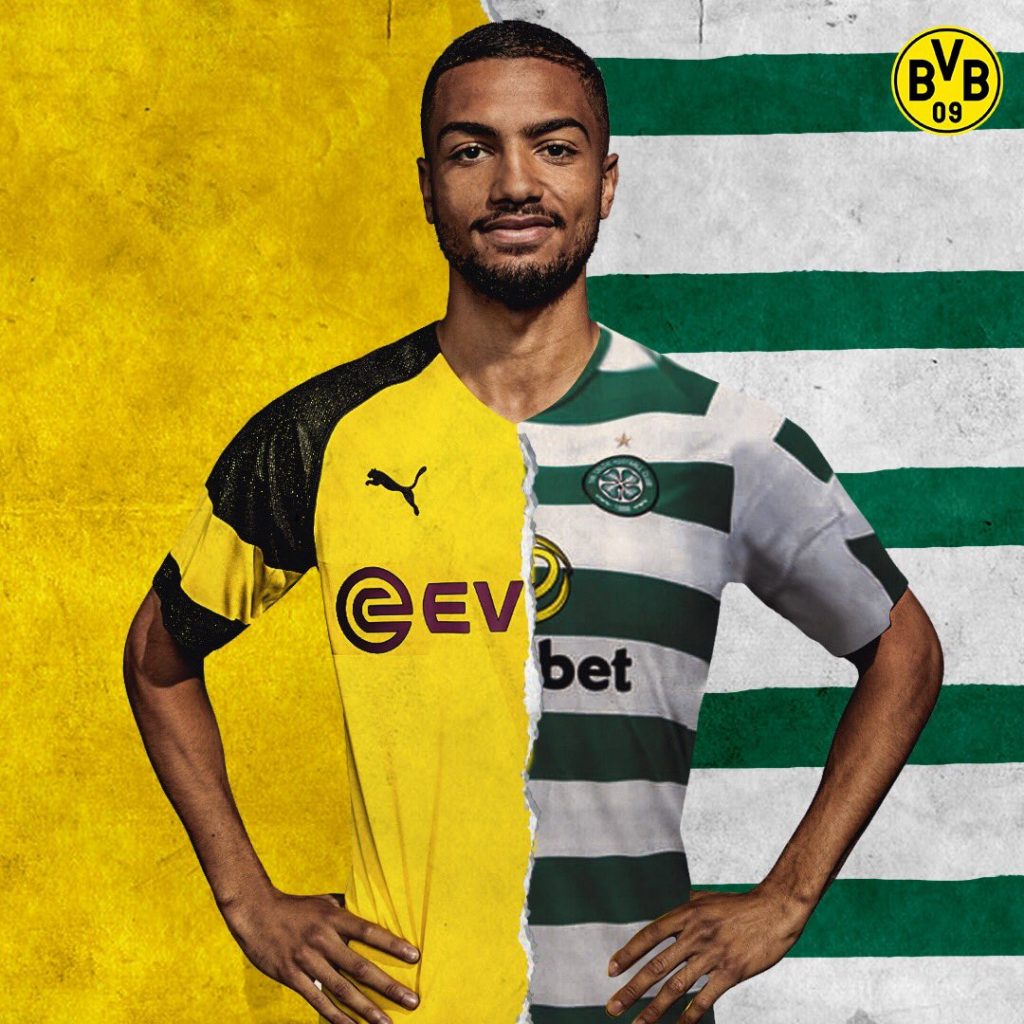 ‘Cal has been superb, having Broony back is great,’ Christie

Tom Rogic out for six weeks with knee injury

New Boyata Bombshell, is it worth calling Efe Ambrose?