You are at:Home»Latest»Watch Match Highlights, Player Interviews and get David Potter’s Verdict on Celtic’s Win over Sarajevo

A NICE gentle start to the season, although “gentle” was hardly the word to describe some of the Sarajevo tackling. But there were many good things in Celtic’s play, not least the two goals.

I saw nothing tonight to make me deviate in the slightest from my contention that Ryan Christie is the best player around. His goal was a sight to behold, showing his ability to use both feet just as he did with his goal in the League Cup Final last year. He is a superb player.

I was impressed by left back Boli. He may have been at least partially responsible for the goal, but he made up for it by his fine attacking play and his desire to get involved. He looks a good one.

There were a few signs of early season rustiness in some loose passes, but that problem should iron itself out. Kristofer Ajer is a great player, but not a specialist right back, and this would seem to be a priority in the transfer market. 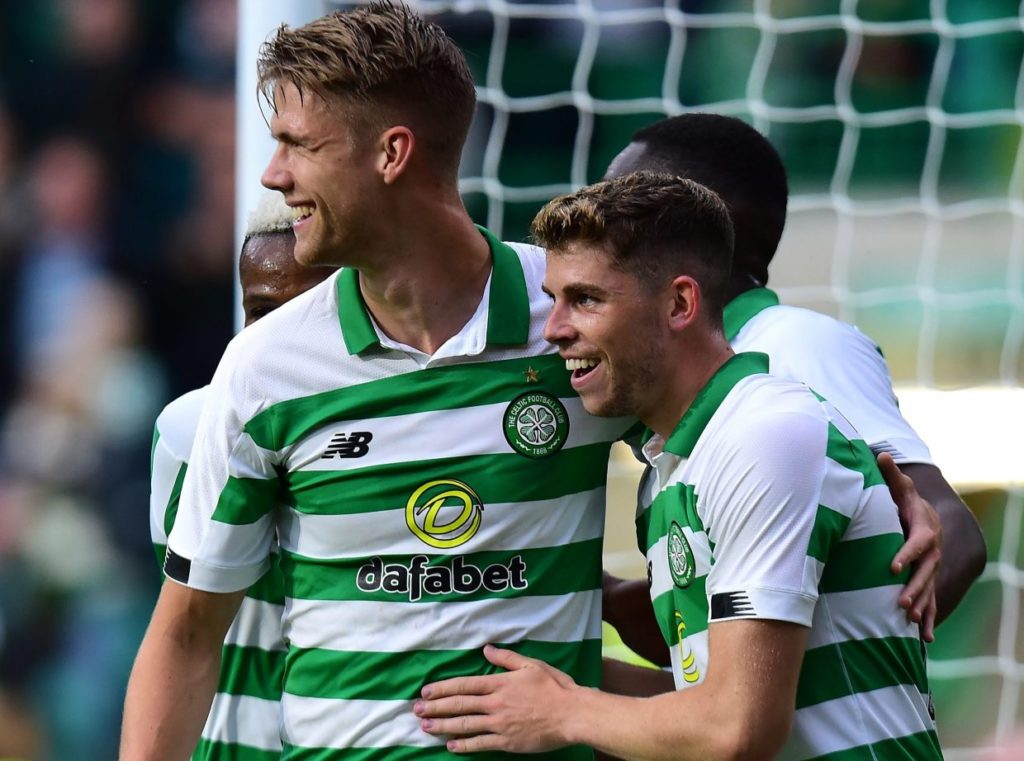 Sometimes I feel that Edouard is not at his best when the play is tight and he does not have a great deal of room. Give him space and he can run on and score a goal as well as anyone, but when he is closed down, I am not so sure. But how nice it was to hear that mighty cheer when Griff came back from his demons of last year! He is indeed well loved by the faithful!

Lewis Morgan was also quite impressive and I hope he is now given a run. There is quality there, and just as important, enthusiasm. James Forrest has possibly had better games, but Callum McGregor was simply Callum McGregor and Scott Brown was simply Scott Brown.The season is off to a good start, and we hope for the same next week.

Here are the Match Highlights, courtesy of Celtic TV…

David praised both Ryan Christie and Boli Bolingoli. Both players spoke to Celtic TV after the 2-1 win against Sarajevo.

“We can only be happy to have qualified and hopefully we can continue like this,” Bolingoli said while Christie added, “I think we were dominant and we’re delighted to get through to the next round.”

Watch the players speak to Celtic TV below…

Previous ArticleCeltic Conclude Deal for Israeli Defender but has ‘On Trial’ Simpson a place in Paradise?
Next Article Sandman’s Definitive Ratings – ‘1967 Raquel Welch in a fur bikini turning up at your door…’