You are at:Home»Latest»Watch the Highlights – Where it ended up Minus Six, at Ibrox!

CELTIC scored TWO goals to St Johnstone’s ZERO, that gave us FOUR consecutive home wins the year and earned another THREE points to stretch the lead at the top of the Premiership to SIX points.

Thankfully Celtic took full advantage of their ONE game in hand. Oh and the goal difference is now up an an impressive TWELVE better than the Govan mob, who will be parking their FIFTY FIVE ‘Colin Nish’ chat pretty soon, if things continue in this manner – for them the numbers simply don’t appear to be adding up. 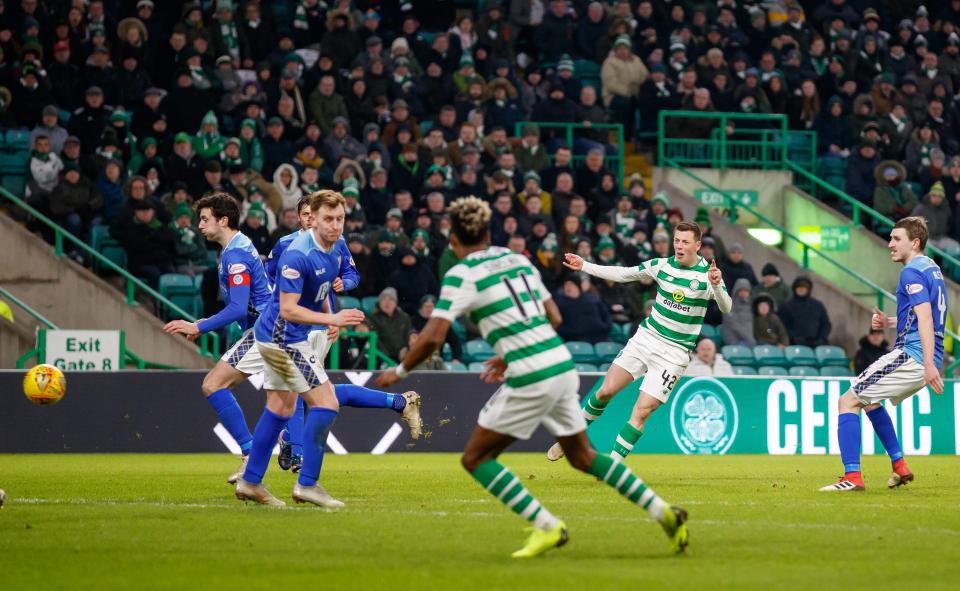 Celtic have been impressive at home this season in the Scottish Premiership, winning all TWELVE matches so far and long may that run continue.

And of course success in the league this year will not only secure Celtic’s EIGHT in a row for only the second time in our unbroken history but will also mean we have reached FIFTY league title wins, meaning we can put FIVE wee stars below our one beautiful big ONE if we fancy it!

Here are the highlights from what was a freezing cold night at Celtic Park, where it ended up minus SIX ………..AT IBROX!