You are at:Home»Latest»“We are a better team with Kyogo in it” – Japanese legend

Honda proved one of Japan’s greatest ever exports, playing for multiple European teams, having especially fruitful spells at CSKA Moscow and AC Milan. He is an all time legend with the national squad racking up 98 appearances and scoring 37 goals as an attacking midfielder.

He said to Japanese media, as reported in Scottish Sun: “It’s clear we are a better team with Kyogo Furuhashi in it and not just in it, but playing as a striker.

“For me, he would have been the key to success when we played Australia, but he didn’t even start. He is very fast, can score goals and causes many problems for defences. He would be my first pick in the Japanese team.

“I have no idea why he hasn’t been more utilised in his favourite position for Japan, you would have to ask the coach that. Personally, I am very surprised he didn’t start the game and I hope he is going to be used in the future.” 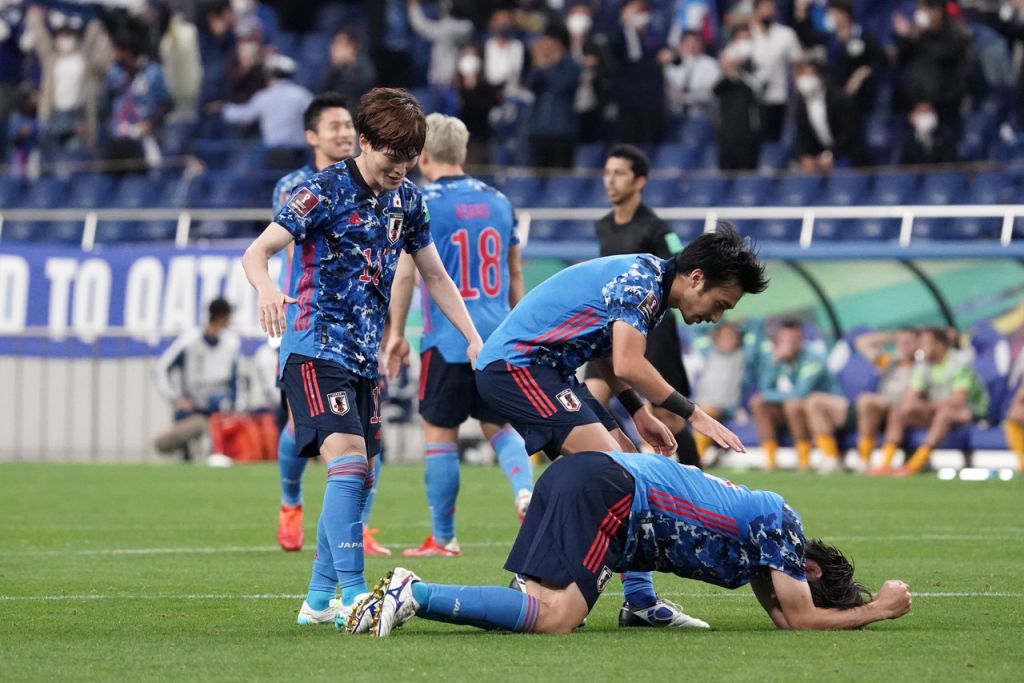 Ao Tanaka of Japan is congratulated by Gaku Shibasaki and Kyogo Furuhashi after his side’s 2-1 victory in the FIFA World Cup Asian qualifier final round Group B match between Japan and Australia at Saitama Stadium on October 12, 2021 in Saitama, Japan. (Photo by Koji Watanabe/Getty Images)

I think most Celtic fans would agree with Honda’s opinion on Kyogo. Especially interesting is the point he makes about playing him in his correct position as striker. Ange Postecoglou himself admitted he made a mistake by playing Kyogo out left when we played theRangers at Ibrox in September. He has proved so far this season when he is played in the striker role he causes endless problems for defenders with his constant movement and seemingly endless energy.

Kyogo didn’t start the match against the Socceroos but did come on with about 30 minutes of the match remaining. Japan won the match 2-1 via a late own goal by Aussie full-back Aziz Behich. 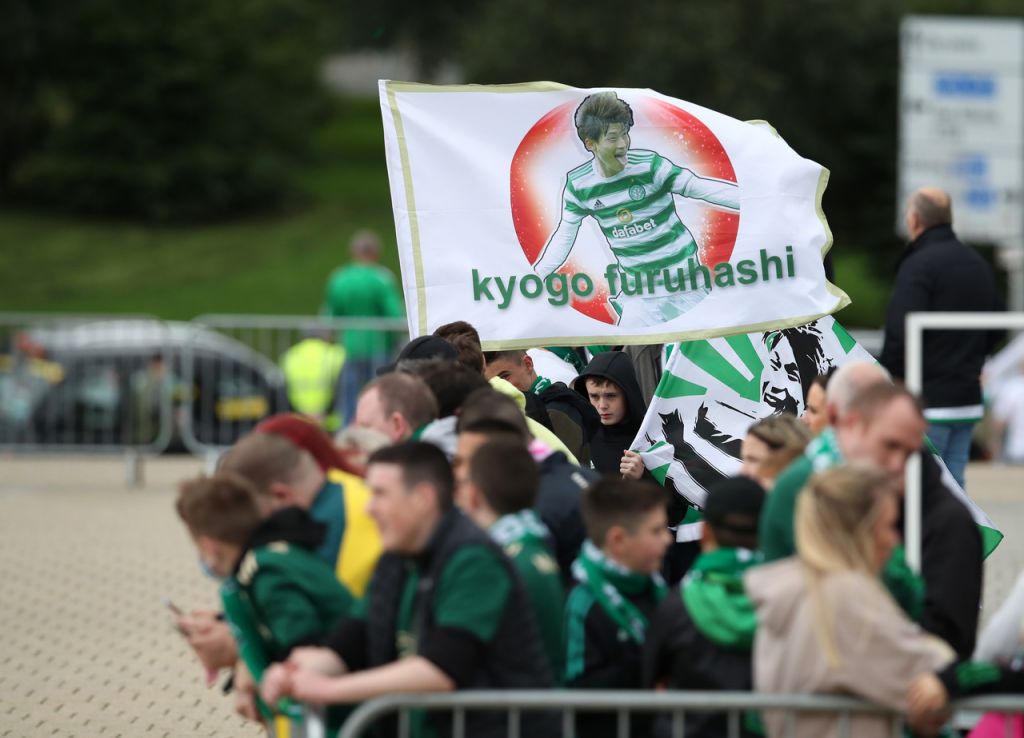 Celtic fans with a Kyogo Furuhashi flag pictured before the Cinch Scottish Premiership match between Celtic FC and Dundee United at on September 25, 2021 in Glasgow, Scotland. (Photo by Ian MacNicol/Getty Images)

Teammate Tom Rogic was playing for the opposition and showed glimpses of creatively in a good performance where he managed about 80 minutes on the pitch before being substituted. The defeat ended The Socceroos world record 11 World Cup Qualifying victories.

Celtic wise we will just be glad to get both players back to Lennoxtown injury free and ready to lead the charge during a busy schedule over the next few weeks.

Sandman’s Definitive Ratings – Celtic v Saint Jinky
We now have the players to mount a creditable title challenge says David Potter
Celtic’s Goal Grabber Giakoumakis: “It’s not a fight, it’s a marathon and we have to keep going”
Previous ArticleHarry Hood Twice as Good – Harry faces the Hoops at Hampden with a cup final place at stake
Next Article Scotland Team’s Up – McGregor benched for Faroes Islands Showdown