You are at:Home»Latest»‘We go into every game like a final,’ Undefeated Boxer Bain

BOXER BAIN doesn’t care how it’s done, just as long as we cross the line and are then able to celebrate being 8IAR Champions.

The Celtic keeper, still undefeated domestically since taking over from Craig Gordon as first pick goalie after the winter break, watched on as his teammates created numerous opportunities to break the deadlock against Hibs yesterday then was called into action himself to avoid the sucker punch in the closing stages.

So both keepers – Scott Bain and Ofir Marciano – had good games yesterday in what was a decent game of football, for a goalless draw. Celtic have played worse this season and won and Hibs are also on a decent unbeaten run themselves so will be happy to have maintained that against the Champions Elect. 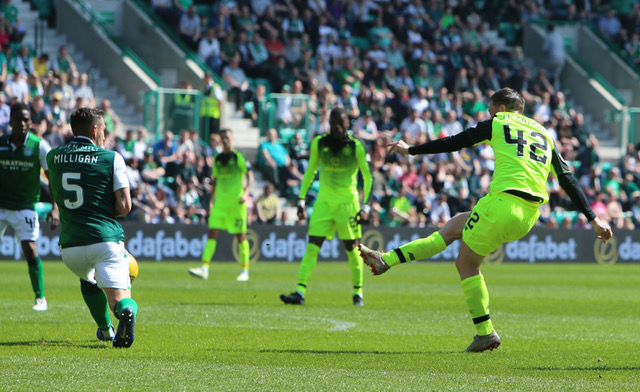 “I honestly don’t care how we finish – as long as we finish as champions,” Boxer told the media after the stalemate, as reported in Daily Record.

“It’s not really difficult mentally when there are people who think it’s already over. You can see from our form since the turn of the year we go into every game like a final.

“We wanted to win against Hibs and it was frustrating that we didn’t. But we had chances to get the points, so it wasn’t really a bad performance.

“We created a number of good chances at the end but credit goes to Hibs keeper Ofir Marciano for a big save in the dying moments.

“We controlled the game in the second half. So for me, it was a matter of concentration.

“I thought one of those chances was going to come  off for us but unluckily it  never happened.” 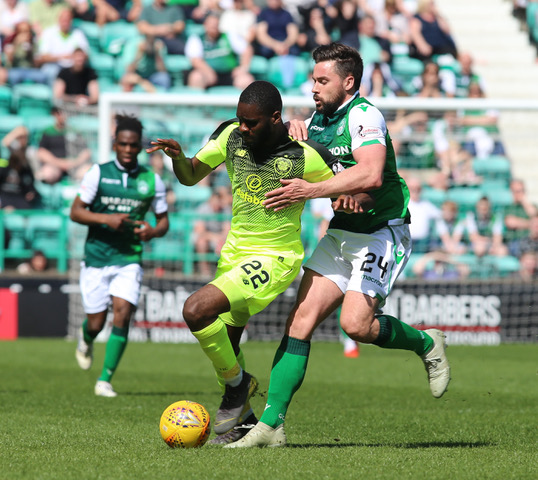 Asked about the manager’s complaints about the level of intensity, Bain outlined some mitigating circumstances citing the hot weather and also recognising that Hibs are a decent side themselves, so are tough opposition.

“It was a difficult game against Hibs – we are playing a good side on a very hot day,” he argued.

“I still think we showed  the intensity in the final third at times, other times? I don’t know. When we played to our standard, we cut through  them and we created a number of chances.”

Celtic also suffered an injury blow with Kieran Tierney being missing from the starting line-up and also not on the bench. Neil Lennon revealed before the match that his season may be over as he is experience discomfort in his troublesome pelvic area and has said himself that rest appears to be the best cure. Lenny though brought the possibility of an operation being required a step closer.

“We have always got players who can come in and stand up to the task,” Bain said.

“Kieran is a top player and we want him in the team all the time if he’s fit. But we have shown, especially in defence, it doesn’t matter who comes in, they are capable of doing the job.”

Previous Article‘ I am not yet beginning to experience the heebie-jeebies,’ David Potter
Next Article The day Nakamura won the league at Rugby Park!