You are at:Home»Latest»“We know what we’re up against in Midtjylland – and thankfully it’s not that,” David Turnbull

David Turnbull looked for positives after the 6-2 hammering Ange Postecoglou’s team suffered against West Ham yesterday at Celtic Park and while acknowledging the class of the Premier League top six side, the midfielder reckons that it could have been very different if Celtic had taken their chances.

Callum McGregor gave Celtic a well deserved early lead and moments before the equaliser Ryan Christie put one on the plate for Odsonne Edouard but his header missed the target when it looked easier to score. Celtic were on the front foot and the forward thinking players were all excelling in the early stages before West Ham uncovered the huge defensive problems that Ange Postecoglou has inherited.

A classy curler from the captain! 🙌

Callum McGregor picks Lanzini's pocket in midfield and produces a lovely finish to give Celtic an early lead against West Ham 🍀 pic.twitter.com/t5IXN5u62x

“That was a tough game against great opposition who showed their class. We just had to stick at it. West Ham are up there with as good a team as we’ve played – they showed that down south in the Premier League last season,” Turnbull stated to the mainstream media after the game, as reported by Daily Record. “They finished high up the table, they’ve quality players and it was good for us to test ourselves against that level of player.

“But I don’t think the defeat will affect our confidence too much ahead of Wednesday night,” Turnbull added, without expanding on how that can be the case. Who is going to be in goals? Probably Scott Bain. The two full-backs look well short of Celtic’s traditional standards but they are probably the smallest concern of the three with the central defence being the stuff of nightmares for Celtic fans everywhere over the next few nights.

“We got a good result in the first game here and we’re looking to build on that now” Turnbull argued. “We’re looking to show the kind of form we showed in midweek in the return game. And we’re confident of going through. We feel we should have won the first game against them. We just need to create again, take our chances and be a bit more clinical.” 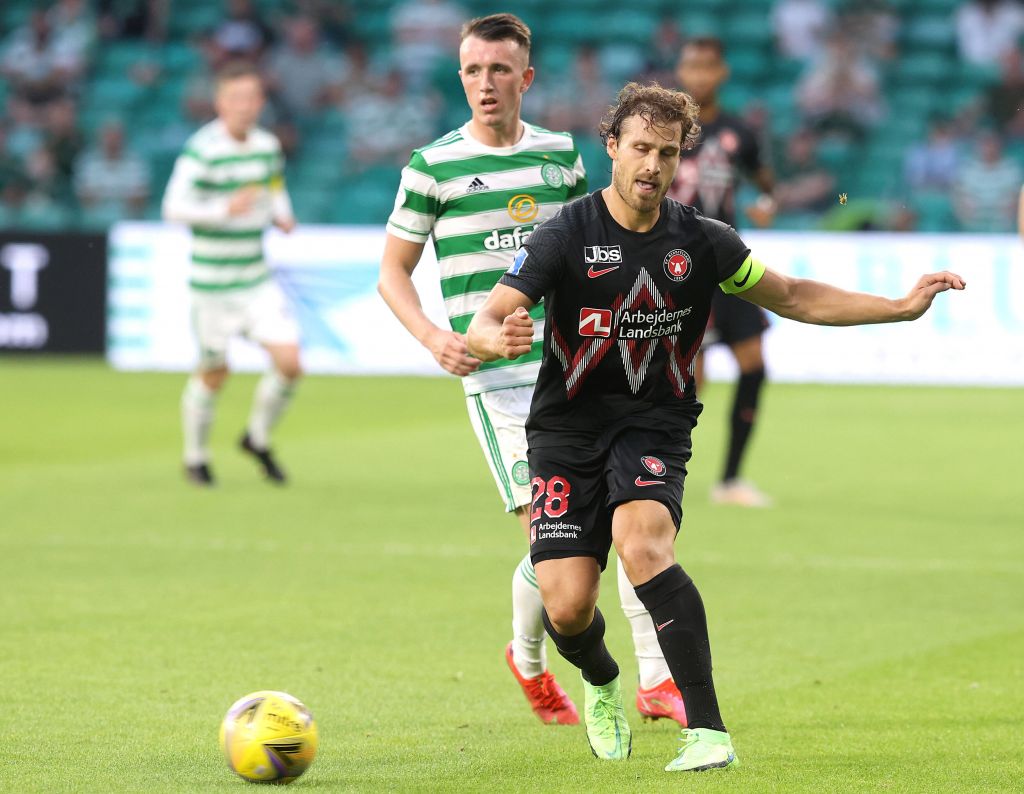 The Midtjylland camp will of course be well aware of the defensive problems that Celtic face and will be relishing the prospect of getting at them in a similar fashion to davie Moyes’ side yesterday. Yet Turnbull stresses that there are good reason to have faith in the younger players who will have the job of getting Celtic through to the next round.

“When you’re younger it’s about doing as well as you can and proving everybody wrong. It’s about having no fear and just playing with freedom,” he added. “We have faith in those boys 100 per cent. Welshy played most of last season and did really well every time he came in.

“And big Dane came in last week and did very well also. I’m sure he’ll build on that performance now. Antonio up front for West Ham has been a success in the Premier League and would be tough for any defence to deal with.

“We know what we’re up against in Midtjylland – and thankfully it’s not that.”

After the Heat of Seville Revenge will be Served Cold in December
VAR it’s a Grand Old Team…Then Celtic’s defence leaves attack feeling shortchanged
Video: Tony Ralston headers pulls one back for Celtic

What a performance from the lads 😍

🎥 All of the action from today's 6-2 win at Celtic Park! pic.twitter.com/x3FfhfVsuo