You are at:Home»Latest»‘We Will Always Be Indebted to Brendan’, Lawwell

Peter Lawwell was taking questions at the club’s 2019 AGM at Celtic Park today. The meeting gives the shareholders an attempt to hold the club to account, especially after what has been an extraordinary year for the club.

However, one of the most turbulent periods of the season was when Brendan Rodgers opted to make an overnight switch to Leicester, leaving Celtic in the lurch days before a vital trip to Tynecastle. 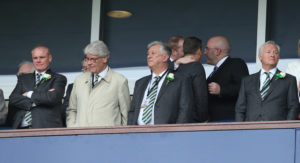 Lawwell, although, admitted that he and the club were indebted to Brendan Rodgers for the standards that he set in his time at the club. Rodgers arrived in May 2016 after being sacked by Liverpool in Autumn 2015 and presided over a double treble and back-to-back UEFA Champions League group-stage qualification – as well as an Invincible season.

As reported by Daily Record, Lawwell confirmed that the Treble Treble winners were in good shape, despite what was a tough year.

“It was a difficult year. But we made history and a profit. Amazingly satisfactory.”

“Our back room of Damien Duff and John Kennedy was vital when Brendan left.

“We will always be indebted to Brendan, he raised the bar on a number of issues and standards.

After Rodgers’ hasty exit, along with a number of the backroom staff, Neil Lennon stepped into the breach and became manager, guiding the club to a Treble-Treble.

“Then Neil stood up to the plate in our moment of need, Neil is a great manager.” 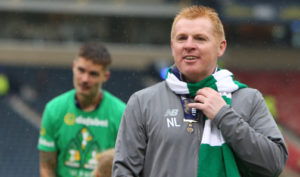