You are at:Home»Latest»“Welcome to the Party” – Watch Celtic’s match-winner Ajeti put the ball in the Netti

CELTIC’S £5million signing Albian Ajeti came off the bench to break the deadlock at Tannadice this afternoon to give Neil Lennon’s side a vital three points and keep the gap with the Rangers at six points with two games in hand – thanks to Boli Bolingoli.

“What a way to make an impact, Albian!” the club’s social media account noted and of course they were bang on. Here’s Ajeti’s vital goal…

🎥 What a way to make an impact, Albian! ⚽️ #DUFCCEL 🟠🍀pic.twitter.com/xRfGdyTDSk

A supporter replied – ‘Welcome to the Party’.

Dundee Utd certainly made it difficult for Celtic and they certainly look like a top six team. Tannadice is going to be a difficult place for any side to pick up points so that could end up being a vital win come the end of the season.

Ajeti’s goal was certainly no more than Celtic deserved and did you hear that ROAR from the PLAYERS when the super sub smashed that ball through a wall of Tangerine and into the back of the net?

There is little doubt that Celtic dominated the match and deserved the win. Here are the stats from the match. 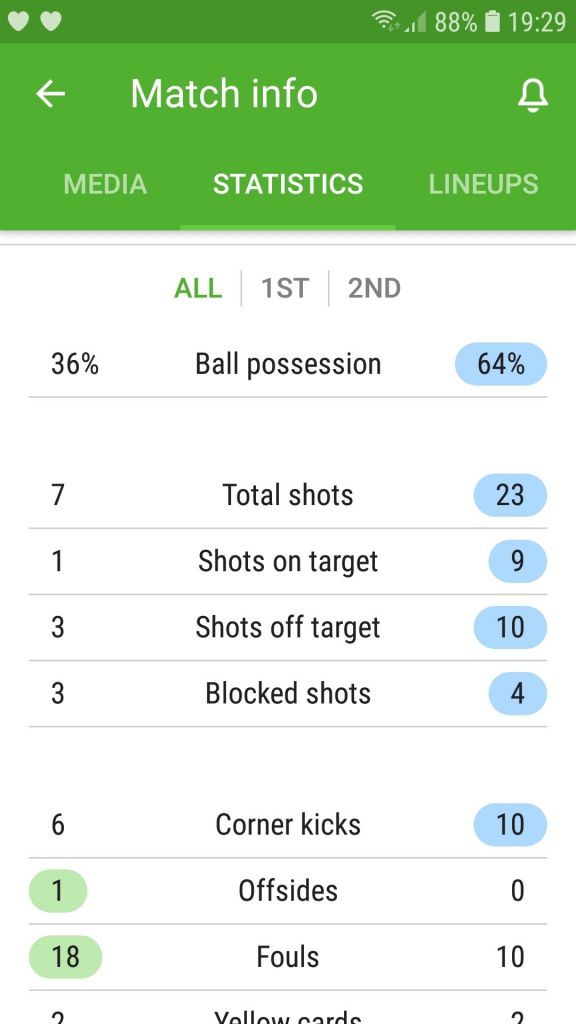 And Chris Sutton made a good point – today’s match winning hero is still only half fit so there could be much more to come from the striker. “Important goal for Ajeti who still only looks half fit… too wasteful today Celtic but 3 points all the same…Dundee United great work ethic,” Sutton stated.

Next up it’s the Champions League qualifier against the dangerous Hungarian champions on Wednesday night at Celtic Park before Motherwell play at Celtic Park next Sunday – maybe with some fans there too – then it’s the dreaded International Break. Haven’t we suffered enough?