You are at:Home»Celtic Women»We’re top of the league – Celtic’s other 4-0 away win last night

While Celtic enjoyed an impressive 4-0 away win at Fir Park in the earlier kick-off against Motherwell in the League Cup quarter final tie, setting up a January semi-final trip to Hampden to play Kilmarnock, Fran Alonso’s side were up on Gussie Park on Tannadice Street for Celtic FC Women’s first ever SWPL1 meeting with Dundee United. 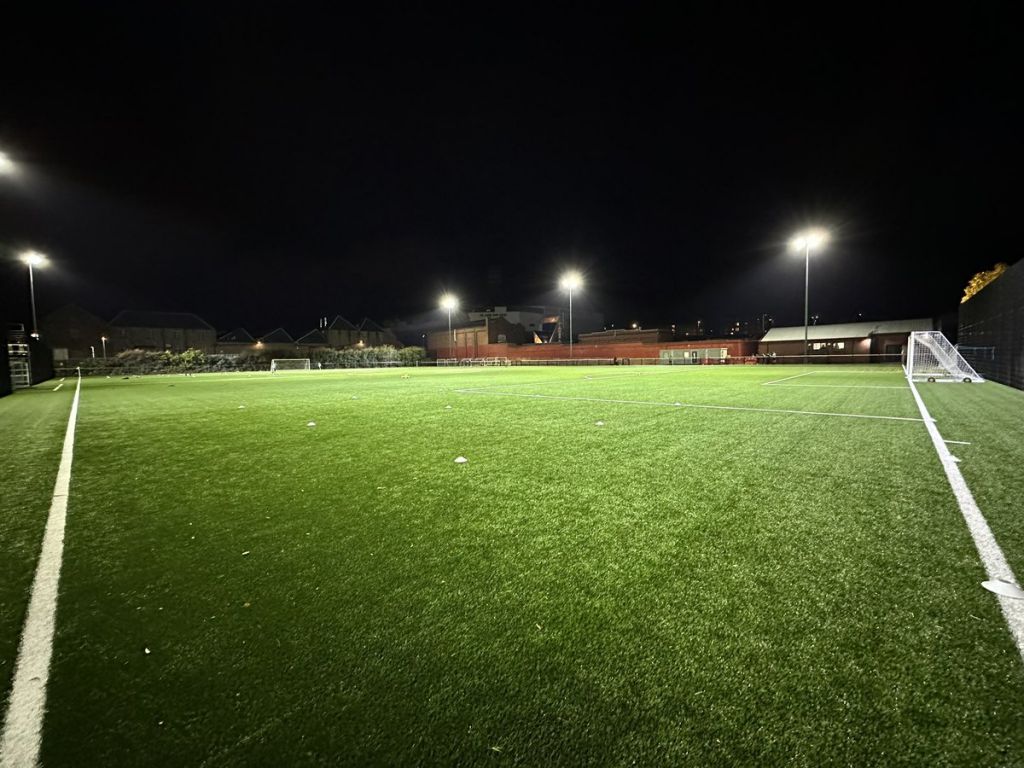 Gussie Park, Dundee ahead of the Hoops arriving

The newly promoted SWPL2 Champions have had a decent enough start to their first season in the top flight of Scottish women’s football but they got an early understanding of the level at the top of the league as the Hoops side wasted no time at all racing into a two goal lead inside the first few minutes, to effectively win the match and await the final whistle when the Ghirls knew that they’d be three points clear at the top of the league, looking down on theRangers…

“We knew it would be difficult, they are an aggressive team, they are well organised with a back five, not leaving space so delighted with the two early goals. Especially in the second half the team was outstanding and I think we could have scored a few more goals.

“It’s outstanding to get the three points and another clean sheet is incredible, outstanding,” Fran Alonso said afterwards. Here’s the Celtic FC manager speaking to Colette Carr from Celtic TV after the match…

🗣 We depend on players to make an impact when they have the minutes. Two players didn’t start the game but came on and got goals but also made a massive impact@FranAlonsoFA spoke to Celtic TV after the second 4-0 #CelticFC win of the night!👏

That start from table topping Celtic: After just five minutes Ashworth-Clifford (what a brilliant summer signing she is proving to be) threaded the ball through for Jacynta to run onto and slot past the Dundee United keeper Fiona McNicoll to put Celtic one up. And within two minutes later it was Jacynta’s partner in crime Clarissa Larisey who put Dundee United to the sword doubling Celtic’s advantage stabbing in a Menglu cross at the back post to make the score Dundee United 0 Celtic 2. 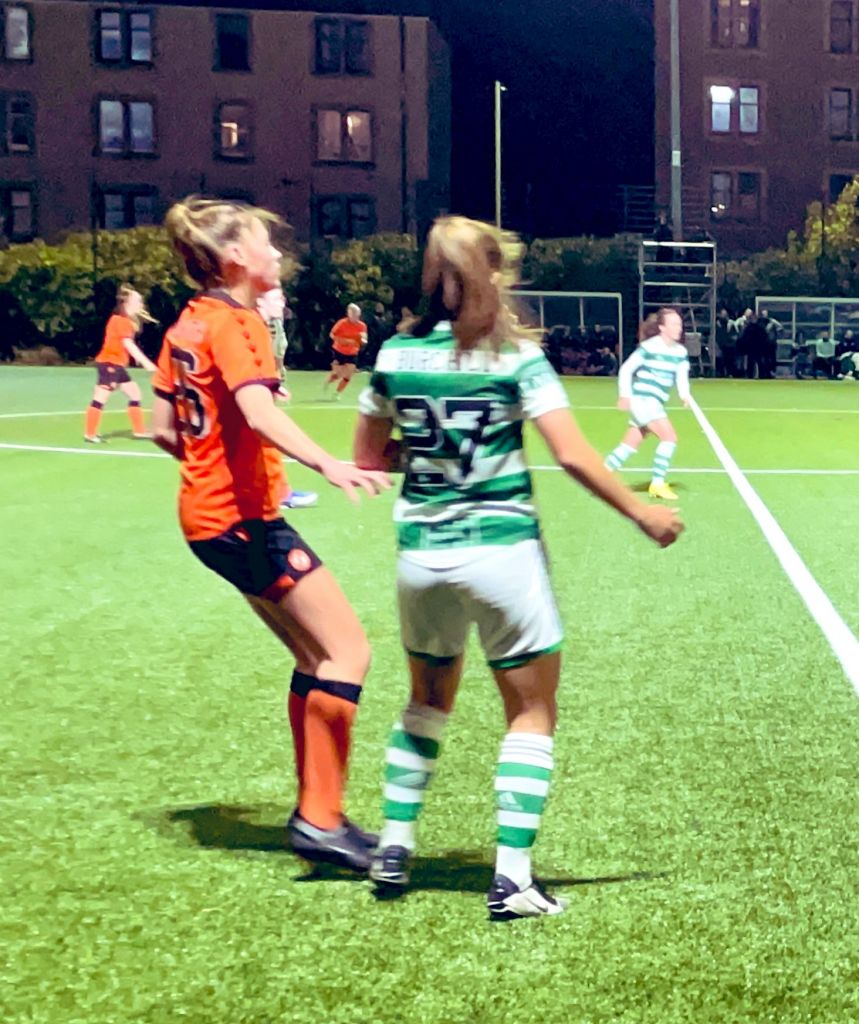 Tegan Bowie came off the bench and the winger set up the third for Caitlin Hayes with a well delivered corner kick dropping it onto the centre-backs forehead and when that happens there’s usually only one outcome.

The winger then scored a brilliant goal herself and was swamped by all her teamamtes in the celebrations, realising it was both a special moment and also a much needed one for Bowie who has been one of the players who has had to be patient to get game-time as this Celtic FC Women, who have yet to concede a goal this season, just keeps on winning.

Beautiful ball in from a corner by Tegan Bowie finds the head of Caitlin Hayes. She said she wanted more goals this season 🙌🏼

Tegan Bowie also spoke to Colette Carr after the 4-0 win against Dundee United, saying: “It’s been a tough start to the season for myself, but it’s good he has the belief in me that I can come on and make an impact.”

🗣It’s been a tough start to the season for myself, but it’s good he has the belief in me that I can come on and make an impact.@TeganBowie spoke to @CelticTV after claiming an assist and a goal from the bench!🙌

Celtic FC Women now have their own League Cup quarter-final at home (over in Airdrie) to Spartans on Sunday afternoon. Like Ange’s team last night they go into this game as holders, desperate to retain the trophy. Get along if you can. 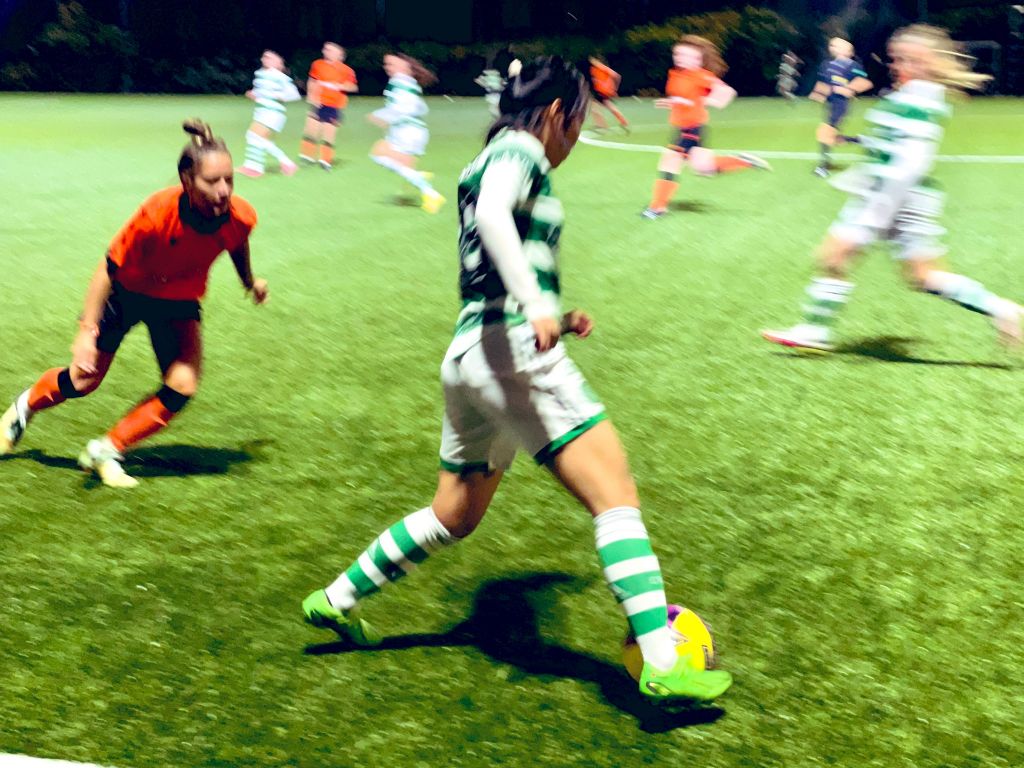 Our photographer couldn’t make the re-arranged SWPL1 match last night so photos courtesy of the wonderful Cynic Women who like The Celtic Star are fully committed to supporting, promoting and developing the Celtic FC Women’s side. Their regular women’s team podcast is brilliant, last wee they had Fran Alonso in as a special guest.

Celtic lead at the break

This week Clare is joined by Gall as they look back at the weekends action. 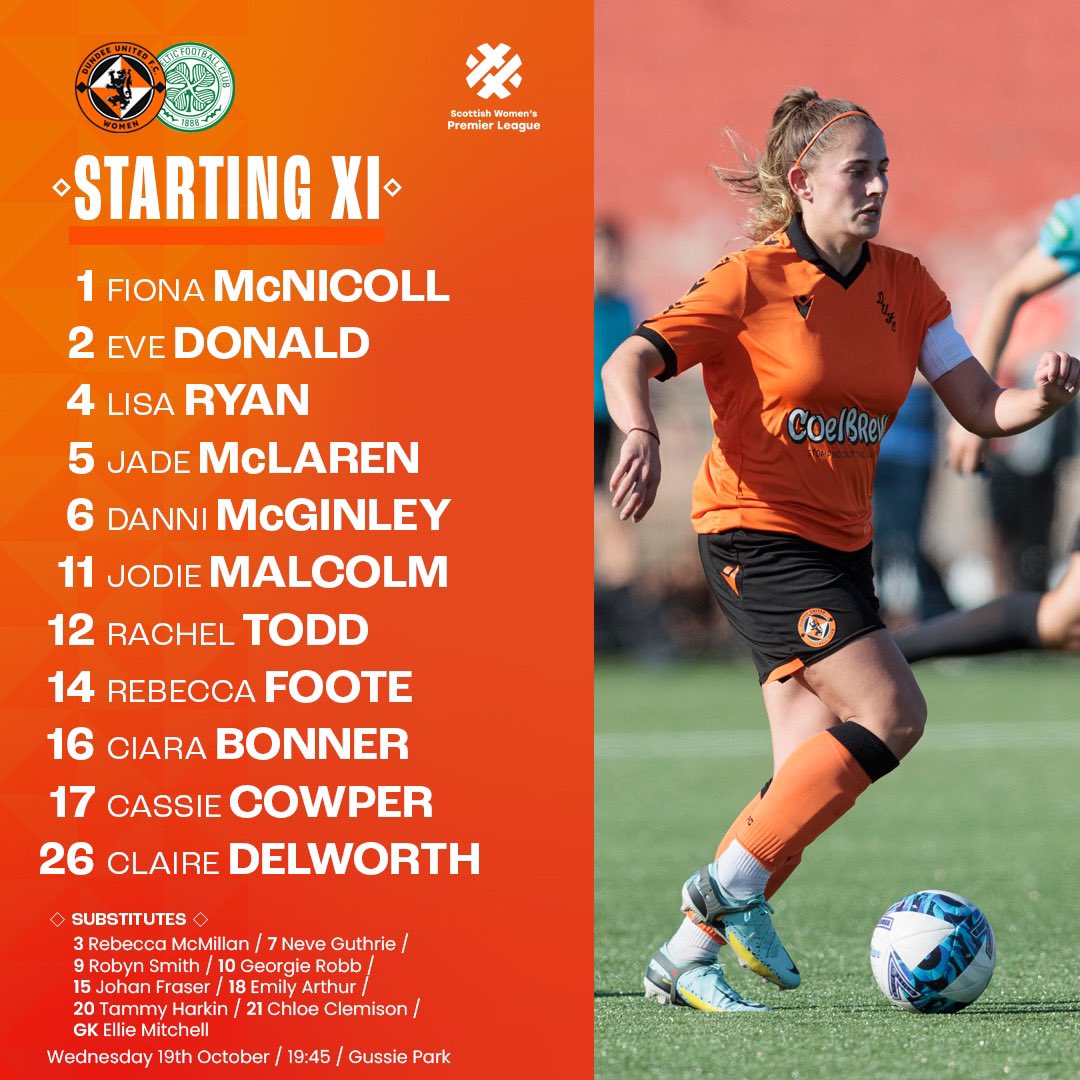 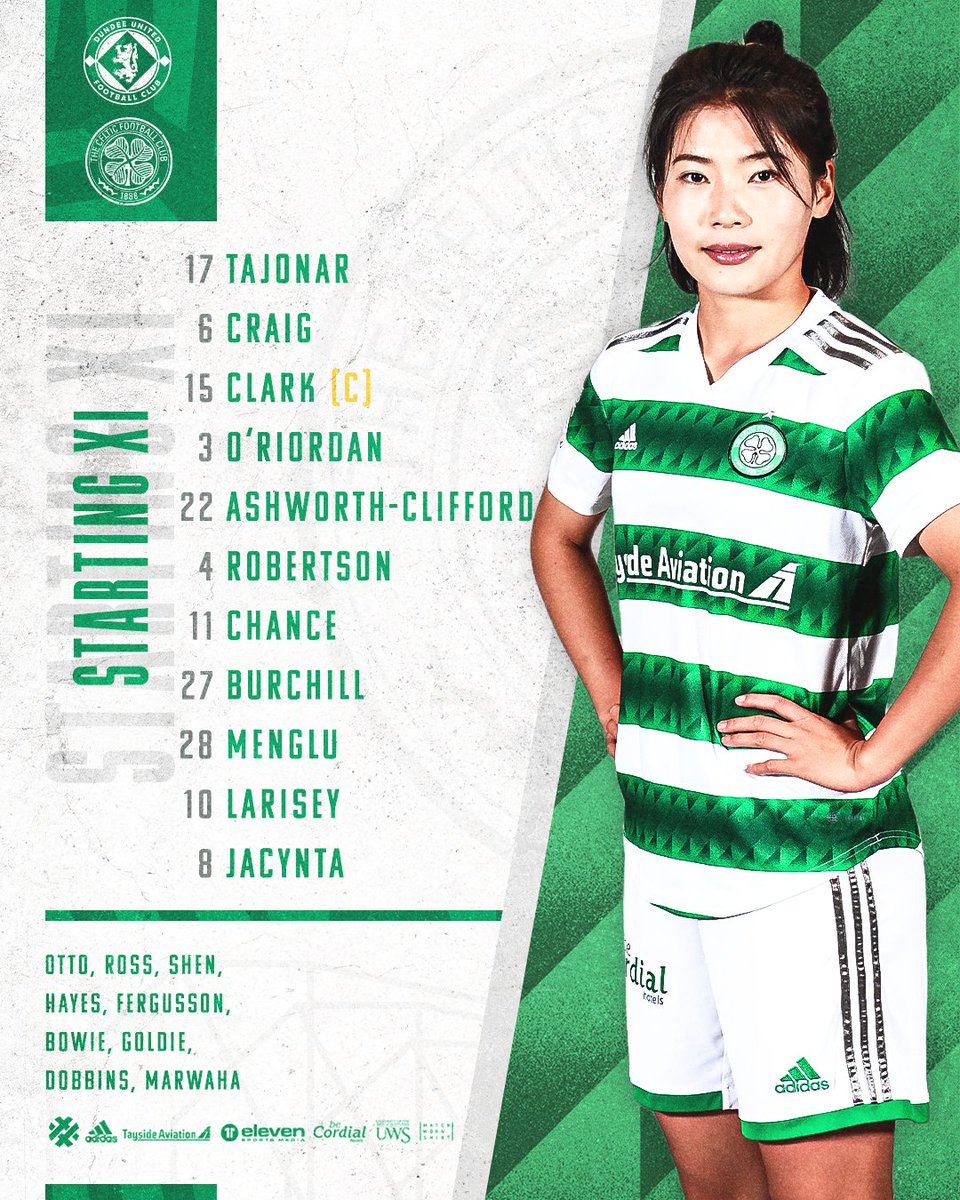 And after it finished Dundee United 0-4 Celtic, here’s how the SWPL1 table looks this monting as Celtic, for the first time this season sit proudly at the top of the league looking down on theRangers…

TABLES | Here are the updated tables ⬇@CelticFCWomen move top 🔝 with @GlasgowCityFC level on points.@HibernianWomen move up to 5⃣th ⬆@CairnWomen's late leveler moves them 3⃣ points clear at the summit of SWPL 2 💪 pic.twitter.com/Nt6ZkpRA5x