You are at:Home»Celtic Women»“We’ve been scoring a lot of goals. We have a huge amount of talent in our team,” Chloe Craig

Chloe Craig spoke to the Media ahead of tomorrow’s SWPL1 clash with Hibs at the Penny Cars Stadium. Celtic’s last match was a fortnight ago, with the scheduled game against Motherwell from last weekend now happening on Wednesday night, which is also at the tidy little ground in Airdrie, although for that one Celtic will be the visitors.

After putting in some decent displays in the Champions League, going toe-to-toe with top Spanish side Levante as well as FC Minsk, the Celtic veteran (everything is relative, Chloe, given the youth in the current Celtic squad), echoed her manager’s assessment that the title is the main target for the season. 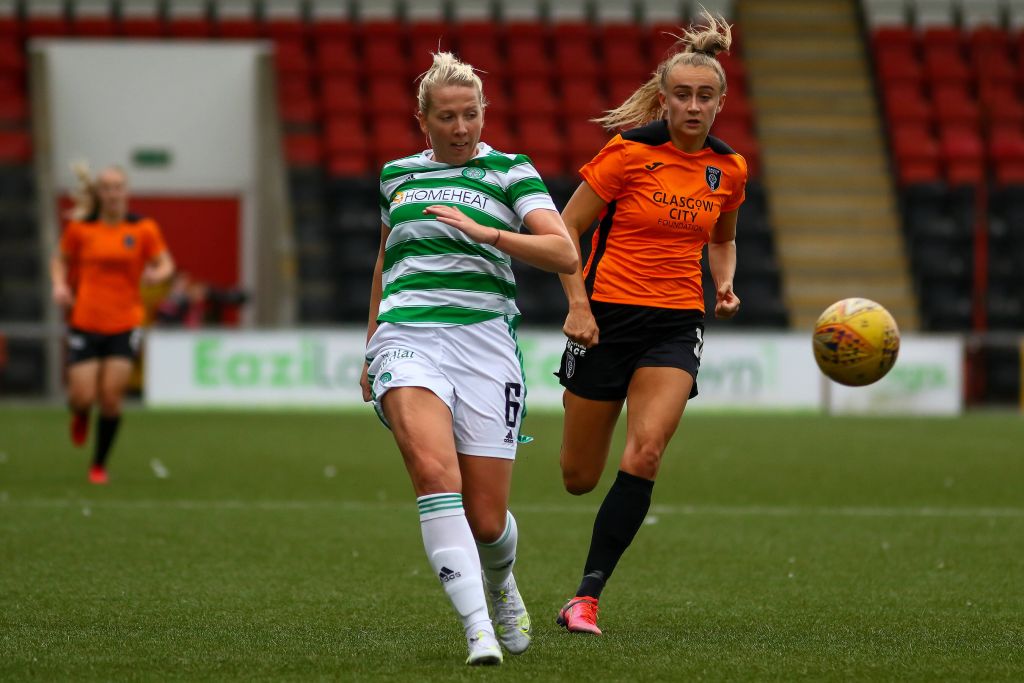 The 2-2 draw with Glasgow City was a decent result for a number of reasons, most notably the half-time score was 2-0 to the Champions and also because City had an early 3 points against Celtic last season as a cushion that came in very handy as things went to the last day. That second half fightback means, implored by the double substation bringing on Shen and Olivia Chance means that there’s no such Glasgow City cushion this time and Chloe Craig and her Celtic teammates plan to make this increasingly uncomfortable for the challenges.

“We’ve shown against City that we’re ready to compete and we’ve shown the level we’re at. It is going to be tough, but we believe in ourselves, and the coaches believe in us so that’s all that we need,” Chloe said.

“We’ve been scoring a lot of goals. We have a huge amount of talent in our team so it’s nothing that we’re threatened of, we just need to go out there and play our game.”

Craig also revealed what was said in the dressing room by Fran Alonso and his coaching staff a fortnight ago after the Hoops went in 2-0 down to the Champions Glasgow City.

“They just told us to believe in ourselves,” Chloe said. “We doubted it a little bit because of the new formation. But Fran really picked us up and so did David (Haley) telling us that we are Celtic, we are a good enough team to go out and compete and to win this match.”

Craig accepted that the team are adapting to Alonso’s fluid systems and changing line-ups, although it seemed to backfire in that first 45 minutes a fortnight ago. “I actually quite enjoy it. It’s something that we work on every single day, so everyone knows their positions and what they need to do,” Chloe said.

“It isn’t a difficult formation for us, or any different because Fran does work on it. He takes us one by one and shows us what we need to do, if it is working for us then why not.”

Last season Fran Alonso was fond of saying Celtic were the third team in a two horse race. This time most commentators of the women’s game reckon that it’s a three horse race. Don’t be surprised though if Hibs get involved as the fourth participant in the three horse race this time around. 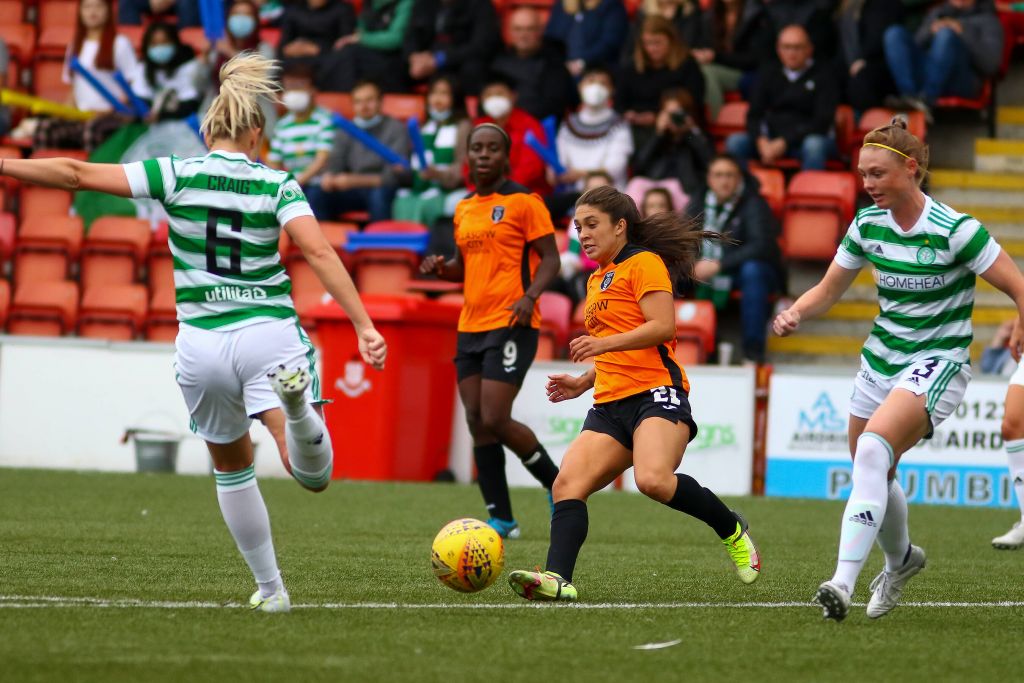 And for the forthcoming Edinburgh Derby against Hearts they’ve moved the game to Easter Road, offered all the tickets for free and it’s now approaching a ‘sell-out’ showing that the interest in the women’s game is there if the marketing is done properly.

The entire allocation of over 6️⃣,0️⃣0️⃣0️⃣ tickets have now all been claimed for Wednesday’s game between @HibernianWomen and Hearts!

A fantastic effort for the Edinburgh derby at Easter Road 👏

The Celtic Star asked Chloe Craig and indeed Fran Alonso about the noise made by a few hundred Celtic fans who absolutely roared the team back into that game a fortnight about. We’ll include the highlights video below Chloe’s media conference video and LISTEN to the support. At the game the thought occurred to me that had we a few hundred more supporters there we’d have won the game!

Tomorrow’s game kicks off at 12.30pm so there’s time to be there then head through to Paradise for the Premiership match against Dundee Utd. Izzy Atkinson is the only new injury concern, as she picked up a knock while away on international duty with Ireland.

📝”We’ve shown against City that we’re ready to compete and we’ve shown the level we’re at.”