You are at:Home»Latest»When The Pope met a Celtic Star, ‘Who is that fella standing beside Charlie Tully?’

CHARLIE TULLY was born on this day in 1924 in Belfast. He played for Belfast Celtic for a few years – a club now making a very welcome return – and then Charlie traveled to Glasgow in the summer of 1948 to sign for Celtic.

He starred in the Celtic side for eleven seasons and became a huge favourite among the support , entertaining the large Celtic crowds with his skill and trickery. 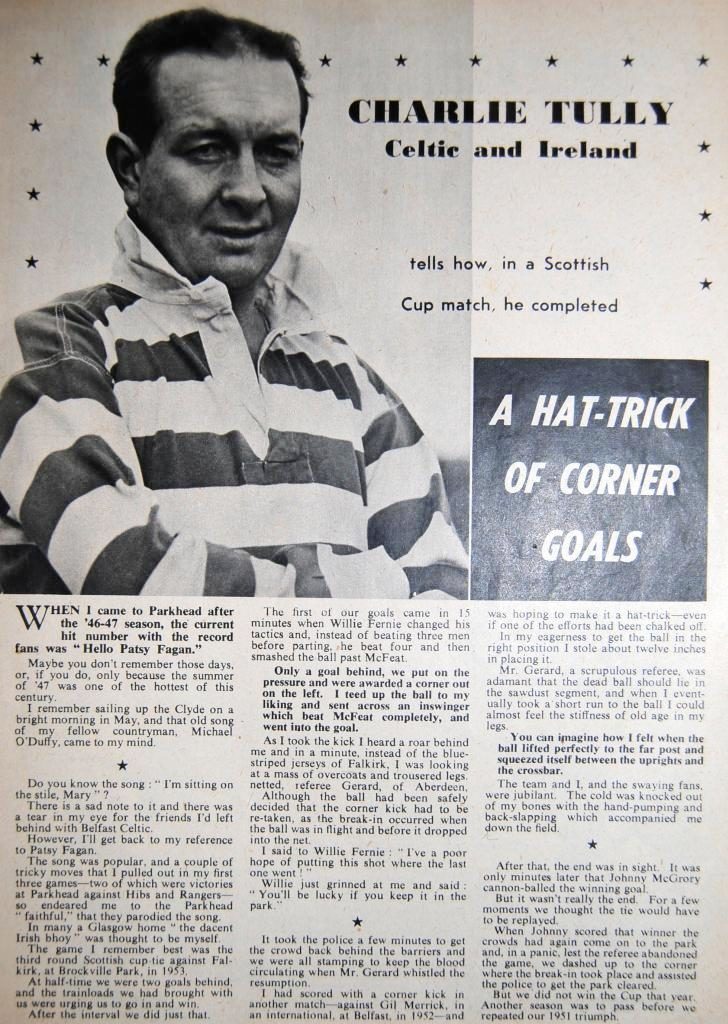 Courtesy of The Celtic Wiki, where you can read much more about The Celtic legend HERE.

“Neilly Mochan was a greyhound enthusiast. I remember he wanted a dog from Ireland, and I put him in touch with an owner that I knew. Neilly bought it for eighty pounds. A few days later it dropped dead! He never forgave me.” Charlie Tully

“At an early age, I discovered that my face and tongue were due to get me into a lot of trouble.”
Charlie Tully

“I always wished I was born on the Twelfth of July, just to be awkward, like!” Charlie Tully

“And Charlie Tully! Wonderful player, awfie man. My digs were in Rutherglen, Miss McGuigan’s, and Charlie would stay over if he had a drink in him rather than face the wife. I’ll never forget the first time he sat on the ball – against Rangers! No-one, as far as I knew, had ever done that before. Their players looked stunned. We all used to get given passes to games, and Charlie always played with them in the pocket of his shorts. If he was playing well he’d hand them out to the opposition: ‘Here, you’d be better off watching me from the stand.’ In a cup-tie at Falkirk he scored two goals straight from corners.” Sean Fallon

Born on this day in 1924, the legendary Charlie Tully. pic.twitter.com/I5JGCSNhZU

Charlie Tully taking a look at his boots . pic.twitter.com/OsXTyVXLQQ