You are at:Home»Celtic Women»“When we see a team-mate go down it’s not nice,” O’Riordan on Hayes’ head-knock

Irish international defender Claire O’Riordan spoke to Celtic TV after yesterday dramatic afternoon at the Balmoral Stadium on the outskirts of the Granite City as Celtic overcame early adversity to secure the three points in what was a hard-fought 3-0 win over a dangerous Aberdeen side in the SWPL1. 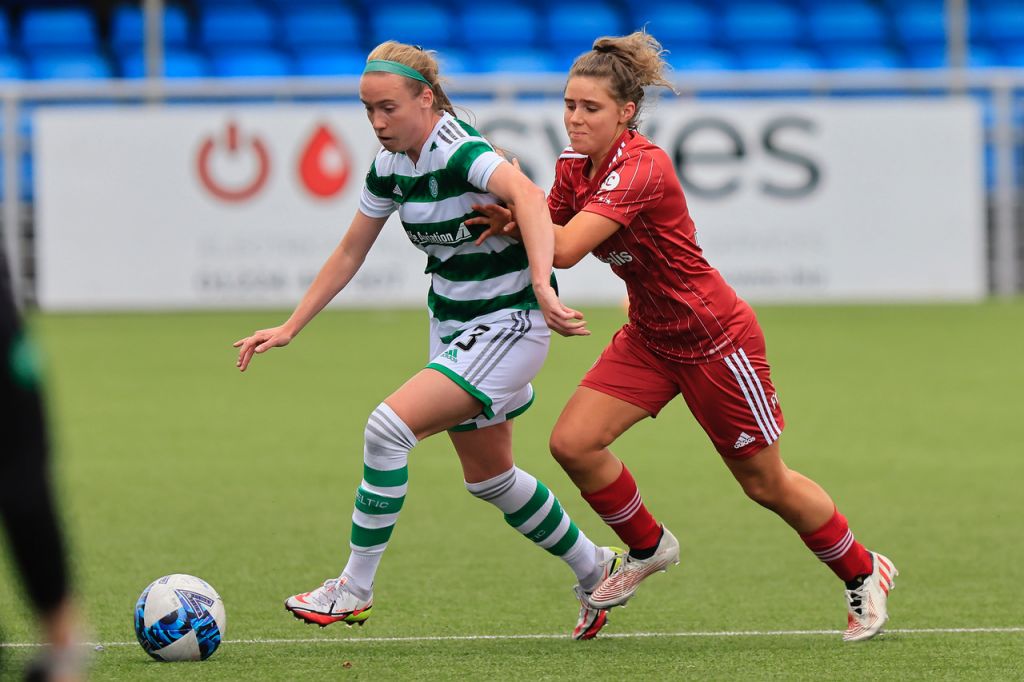 Claire O’Riordan holds off the challenge at Aberdeen

“That was one of the most important things – we stuck to the game-plan and found our rhythm again,” the 27 year old summer signing said. “I think we did well in patches, but collectively when we came in at the break we got instructions from the management and I thought we came out much better in the second half.

“We were calmer and you could see it because we were rewarded with more goals, so it was a well-earned three points in the end.”

On the nasty head-injury suffered by fellow central defender Caitlin Hayes in the early stages the match which caused a lengthy delay as the Celtic captain for the day received treatment, O’Riordan was like all her teammates concerned for her teammate after that bloody knock.

“Caitlin is a big player in this team and when we see a team-mate go down it’s not nice, especially in the manner it happened in, but the most important thing was that we regrouped and stuck together as a team. We’re with each other and backed each other.

“We were successful and got a goal in the first half and the management set us up better for the second half.”

Claire O’Riordan also outlined her thoughts in how things are going in the first few months as a Celtic player and the vastly experienced Ireland defender is clearly enjoying the environment and the team-spirit that Fran Alonso has established at the club. 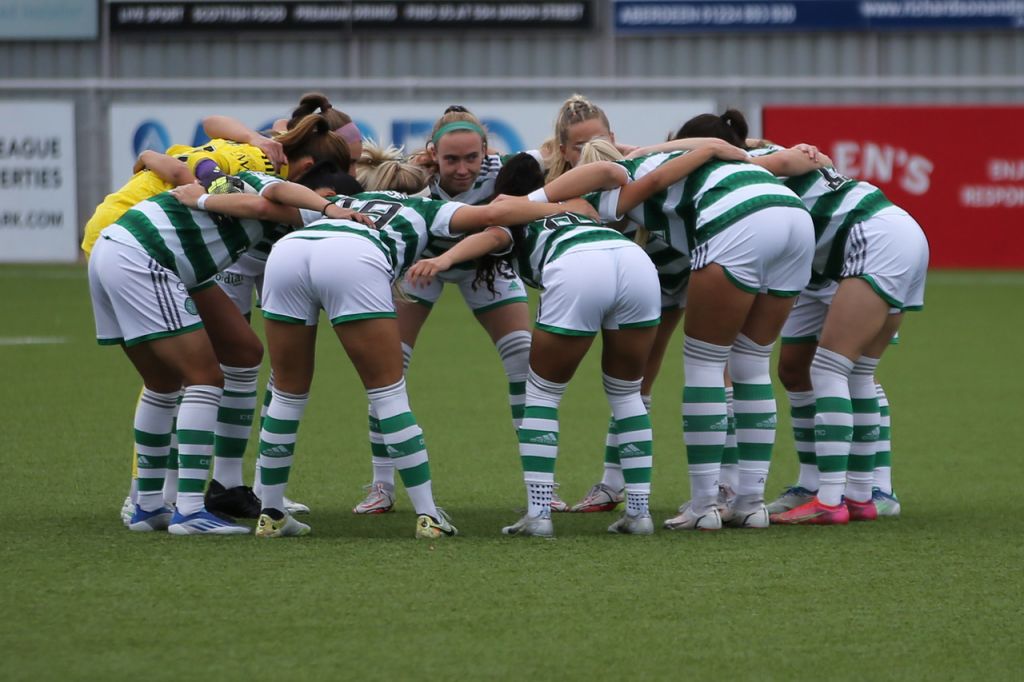 “Fran is really working to create a close connection within the group so we can push each other in training and ultimately make us better changes and be able to get the job done it tough conditions like today.

“Training has been really, really good, I’m really enjoying it and everyone works really hard so the most important things is that we grind it out in tough games like this sometimes and get the rewards.”

Lucy Ashworth-Clifford suffered ACL injury against Rangers – Fran Alonso
Hibs v Hearts smash attendance record 24 hours after Rangers fail against Celtic
“I’m so proud of the players, they put bodies on the line,” Fran Alonso
Previous ArticleUnique Angle – Blood, toil, tears then three Celtic goals without reply
Next Article “Poor Caitlin who is going to have a couple of days with a sore head,” Fran Alonso