You are at:Home»Latest»Which Champions League dropouts can Celtic face in the next round?

Celtic though are already guaranteed to finish top of their group after having won four of their five games. An impressive achievement considering their group also had the likes of Lazio, Rennes and CFR Cluj. As a result of topping their group, the Hoops have the advantage of facing only the 4 of the dropouts from the Champions League who have the worst records.

That means that Celtic will not have to face the likes of Inter Milan, Ajax, Benfica and Red Bull Salzburg. Club Brugge, Olympiacos, Shakhtar Donetsk and Bayer Leverkusen were the four weakest sides who came third in their group, and Celtic might end up getting drawn against one of them. The Hoops fans will certainly be relieved at not having to face Inter Milan or Ajax. 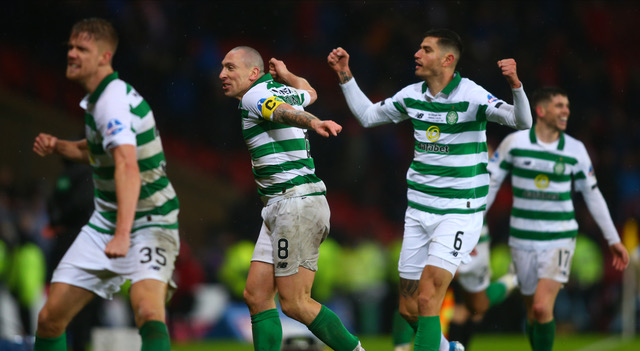 The club will take on CFR Cluj in the last match of the group stage tonight. Neil Lennon’s men have nothing to play for as they are already guaranteed to top their group. But the chance to get revenge on CFR Cluj for eliminating them from the UEFA Champions League qualification phase earlier this season could be a great way to end a historical European group stage campaign.

Previous ArticleGriffiths to Start but Cluj is no D-Day for Celtic Future
Next Article Olivier Ntcham to Captain Celtic in Cluj – ‘we’ll see if he can thrive on it,’ says Lenny