You are at:Home»Latest»Who will score the most goals for Celtic this season and who will provide most assists?

The Scottish Premiership Season is now well underway and with 5 games played the Champions Celtic are looking mightily impressive. So we thought we’d take a look at the contenders within Ange Postecoglou’s exciting squad who will emerge as top performers in Celtic’s title defence. 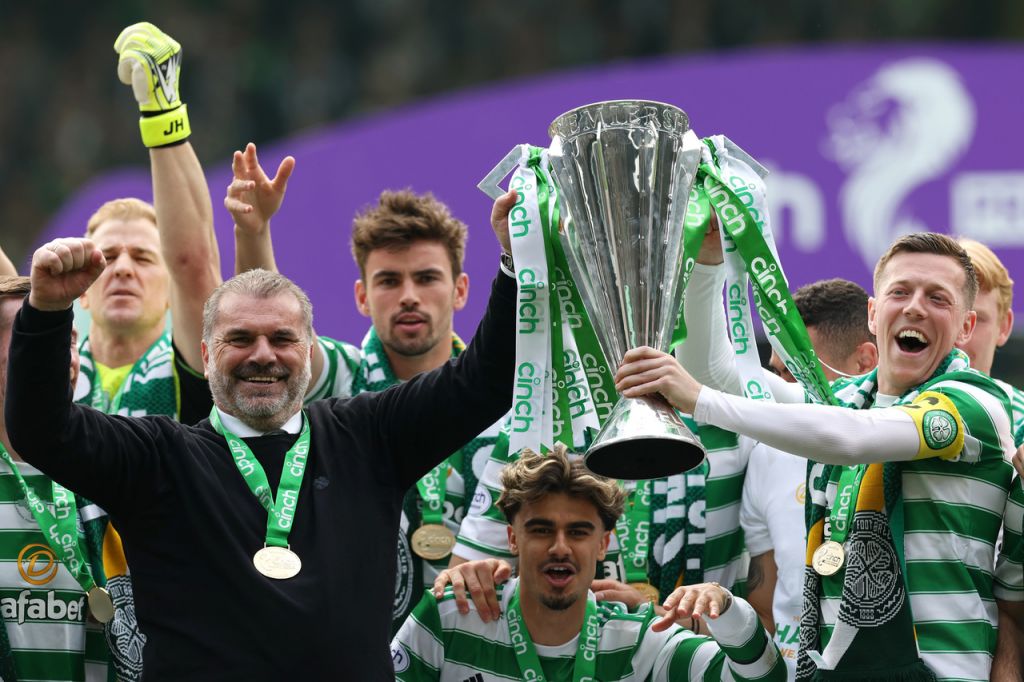 This looks like a contest between two international strikers, Japan’s Kyogo Furuhashi and the Greece international striker Giorgos Giakoumakis. There could be a third candidate though with Daizen Maeda more than capable of finding the back of the net for Celtic, as indeed he demonstrated last night In the 4-1 League Cup win in Dingwall against Ross County. 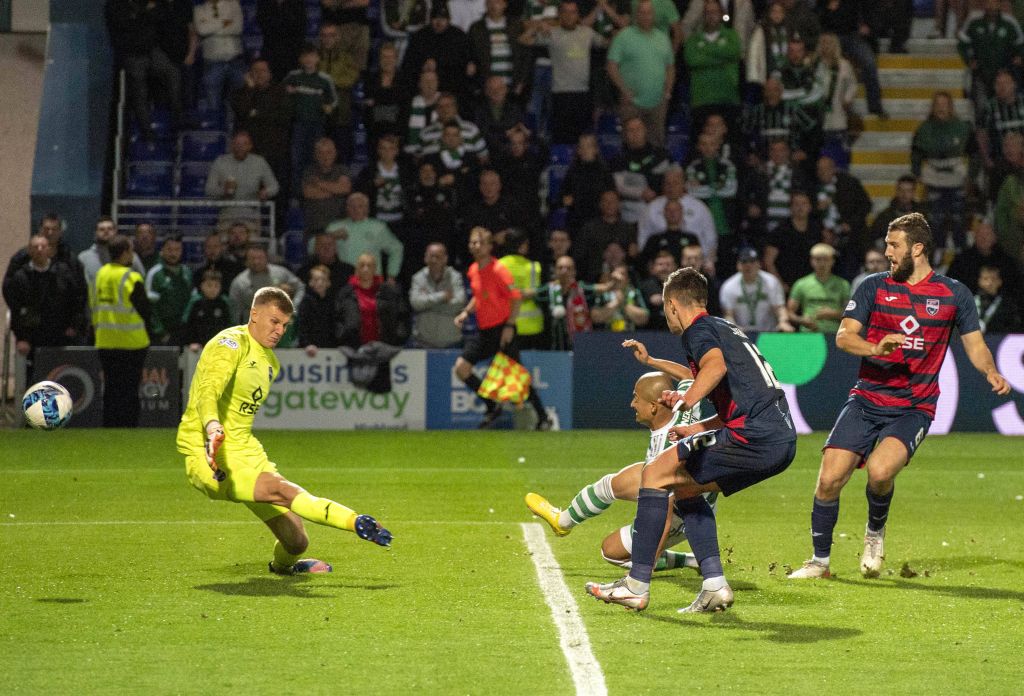 Daizen Maeda joined the squad during the 2022 January transfer window. The versatile forward was first on loan to Celtic with his permanent move completed in the summer.  Daizen definitely merits being a contender for Celtic’s top scorer and we should remember that he was the top scorer for the J-league back in 2021. 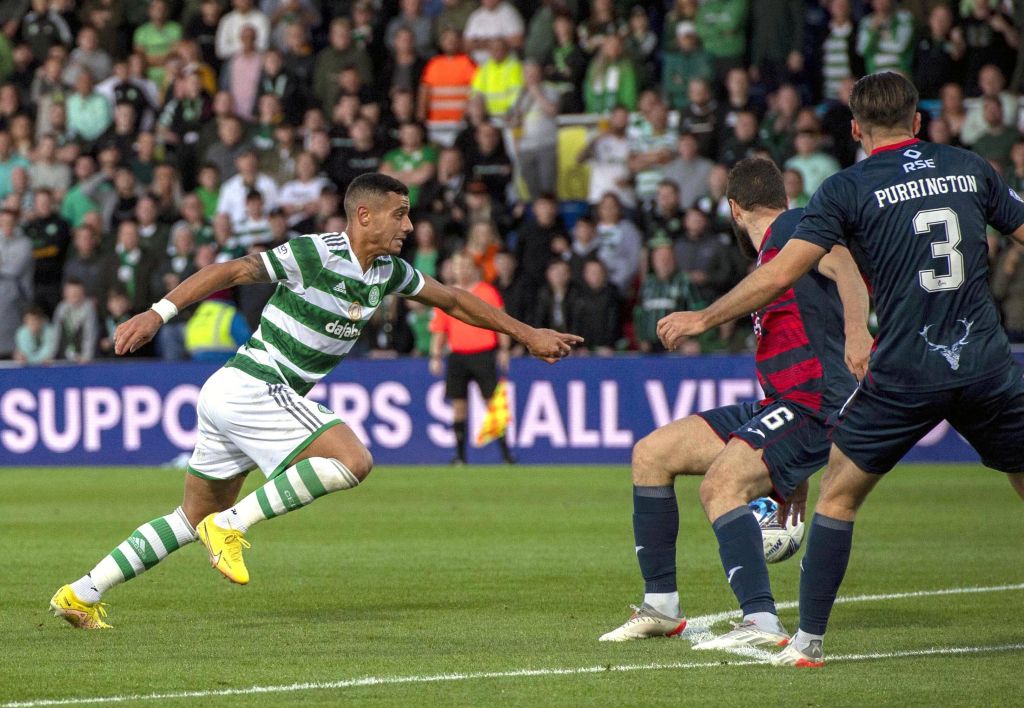 Next up we have none other than Georgios Giakoumakis. The Greek God, as Celtic fans call him, is a one-touch wonder, always finding the back of the net in spectacular fashion. This year Giakoumakis will be looking to go one better than his first season at Celtic when he finished joint top scorer in the Scottish Premiership, despite missing the first half of the season through injury. Giakoumakis is relishing his time at Celtic and is looking to get more regular starts after Kyogo has been selected to lead the line in the first five league matches.   So the Greek will face tough competition for the top scorer and will make sure to fight to keep his crown. If you’re looking to place free bet options, Georgios will surely be a great bet to place for Celtic to score. 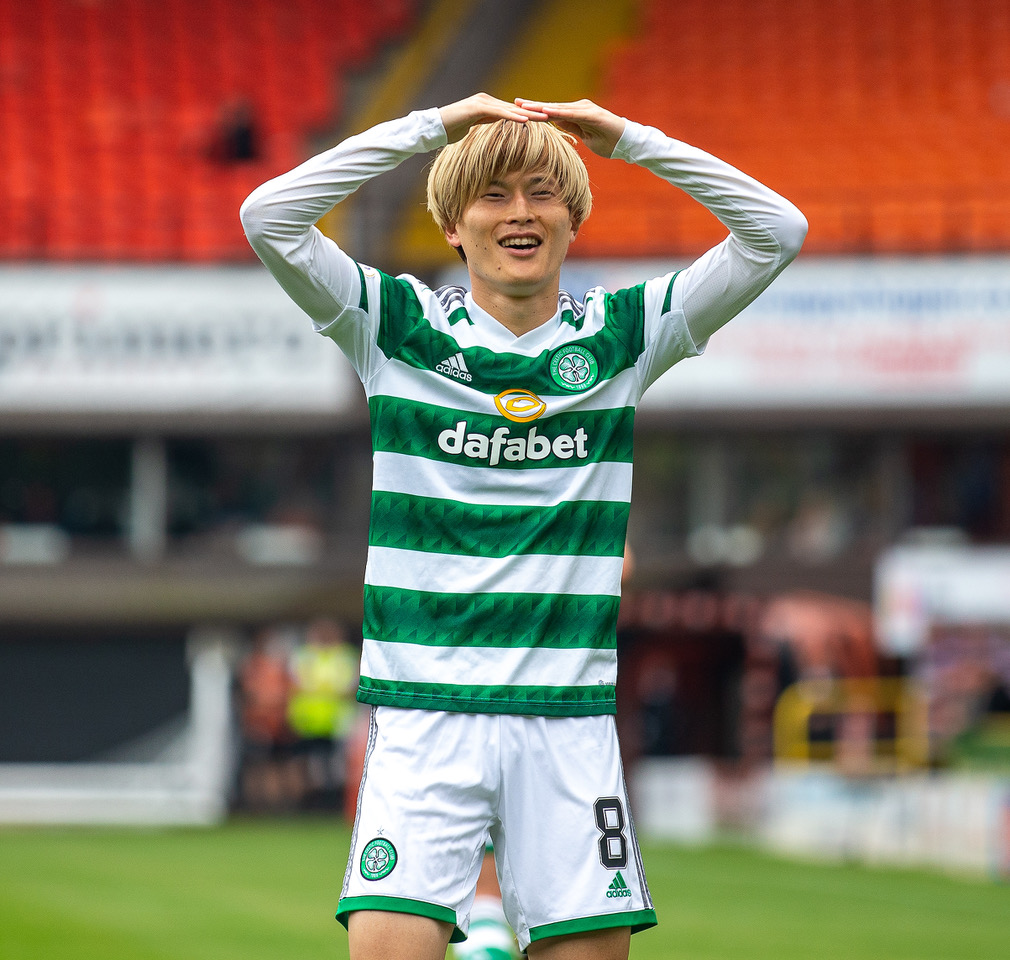 Kyogo Furuhashi is our third contender for the top scorer this season. It’s without a doubt that Giakoumakis and Kyogo both will look to score 20 goals minimum each. Indeed don’t be surprised if both players reach 30 goals each this season.

Goals are coming from all over the park with this Celtic team and so are assists. For example right-back Anthony Ralston got his first start of the season last night against Ross County and contributed to the win with two assists. However, over the course of the season the main contenders for this category could well be the midfield pairing of Matt O’Riley and Reo Hatate.

Matt O’Riley has impressed since signing for Celtic in January

Matt O’Riley is a young but highly talented midfielder has an impressive 80% success passing rate which we’re sure he will look to maintain if not improve on as the season progresses. His vision, deadly passes and set piece responsibility are only rivalled by Reo Hatate who is next on our list. 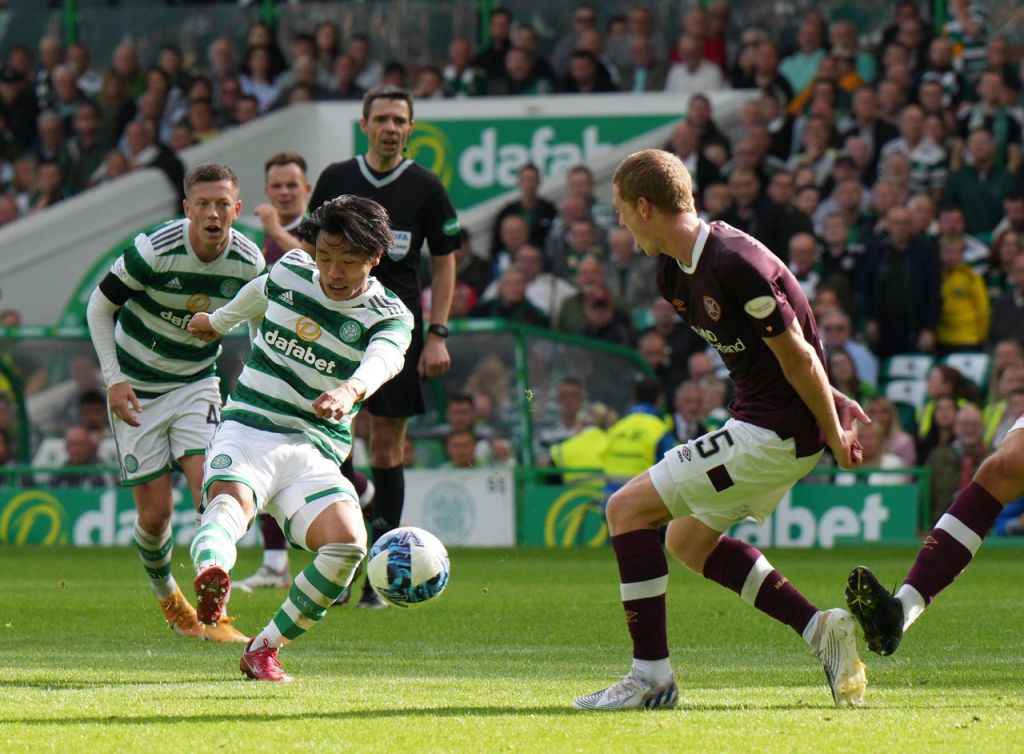 Reo Hatate in action in the win against Hearts last month.

Reo Hatate looks fully refreshed after the summer break and is definitely worth eyeing. The 24-year-old joined this January and is super versatile being able to play in a number of positions successfully. Along with Daizen Maeda, he was also mentioned in the J-League Best XI in 2021. He’s also got a better pass rate than Matt O’Riley but with much less experience and has a sweet 83% success rate.

The Signing Of The Season

We would have to say Jota is definitely THE contender for this category. The Lisbon-born winger made his way to Celtic Park In 2021, on the very last day of the transfer window. Jota was technically already on the squad due to his loan the previous year with a later option to buy. 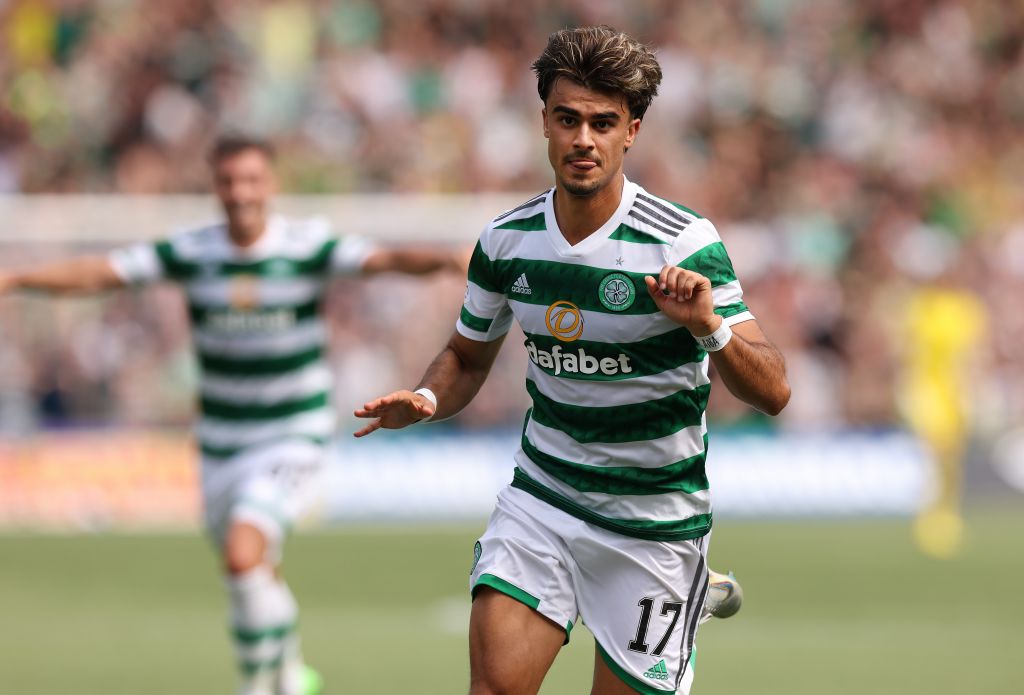 Joao Pedro Neves Filipe of Celtic celebrates after scoring during the Cinch Scottish Premiership match between Kilmarnock FC and Celtic FC at on August 14, 2022 . (Photo by Ian MacNicol/Getty Images)

Jota has already made quite the name for himself netting a sweet 13 goals from 40 appearances while also helping the team secure the Scottish Premiership title as well as the League Cup. Jota is also an entertainer and a classic winger who brings football to the pitch, some would dare say he does so in pure Celtic fashion.

Celtic is definitely the team to beat when you look at the performance and record they managed to create in recent decades. The club are without doubt the dominant force in Scottish football winning more trophies than the rest of the teams in the league added together. Being the top dogs in Scottish football also means that Celtic is target number one but Celtic never shy away from such pressure, the club is seasoned Champions after all. 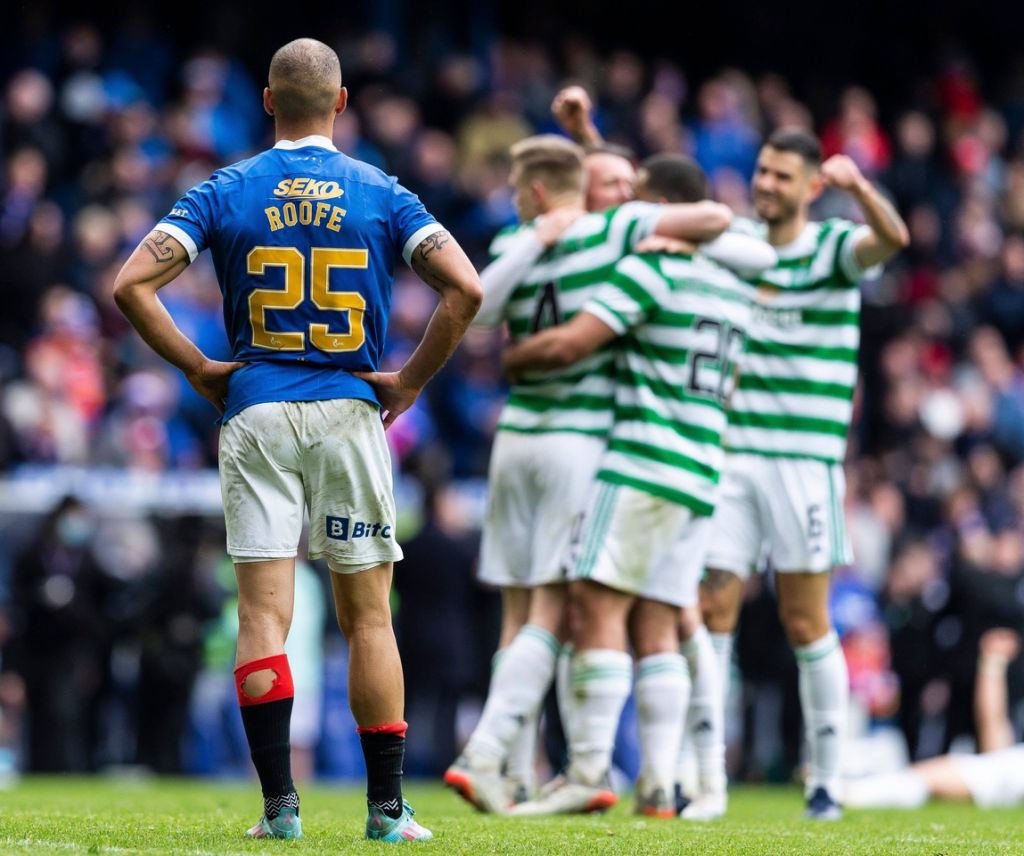 Taking a look at their last 5 matches played, it’s clear the team is in a good rhythm. That being said, the next opponents are theRangers at Celtic Park on Saturday. If Celtic win this one then a very tidy five points gap will open up over the main title rivals. On the other hand and the latest Ibrox club will go top.

Celtic appear to be scoring more goals than theRangers, currently the Champions have a nine goals advantage in that area and as is widely known, goal difference has on several occasions decided the destiny of the title in Scotland.  As it stands the Celtics have an outstanding GD of 20 while theRangers have 11. If Celtic can keep up the momentum they’ve had in the last 5 games they are no doubt going to be champions once more. And a Celtic win on Saturday will increase that further as Celtic go five points clear at the top of the league, looking down on theRangers. 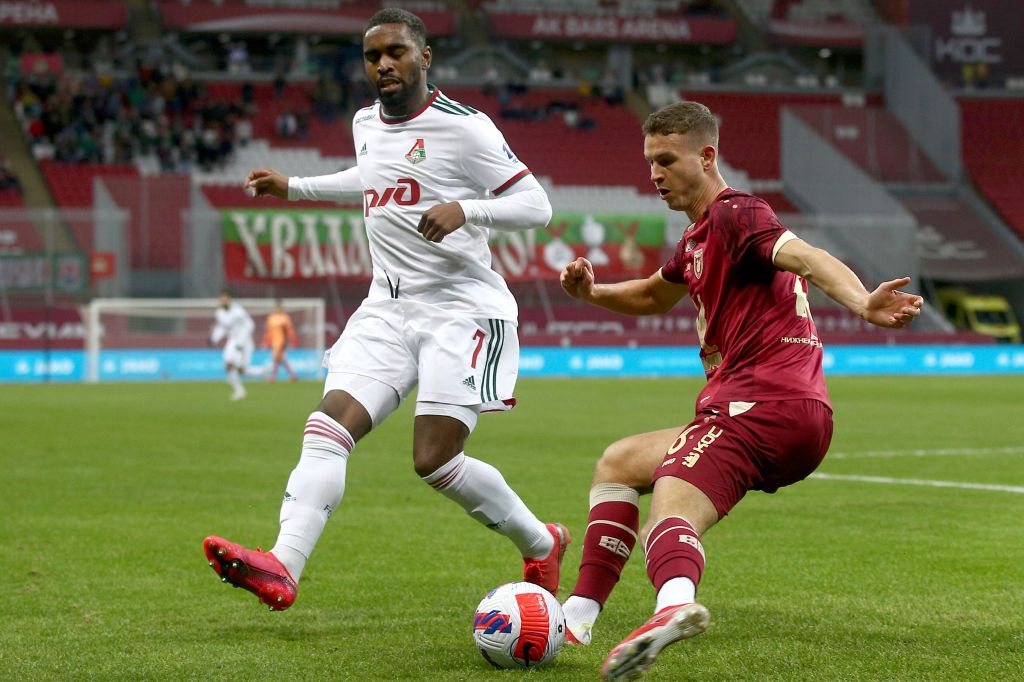 We are also going to find out for certain tonight exactly who was being referred to in Ange’s transfer tease although by now we are pretty sure he was talking about bringing in the Denmark international midfielder Oliver Abildgaard from Rubin Kazan.

Now that we’ve placed our predictions for the top performers for the 2022-23 season along with rating Celtis as strong favourites to retain the title we look forward to another great season of Scottish Premier League Football but also to see if Celtic can Master the remaining tow of the three Rs still to come. Ross County has been beaten next its theRangers on Saturday lunchtime before Celtic face Real Madrid on Tuesday evening. 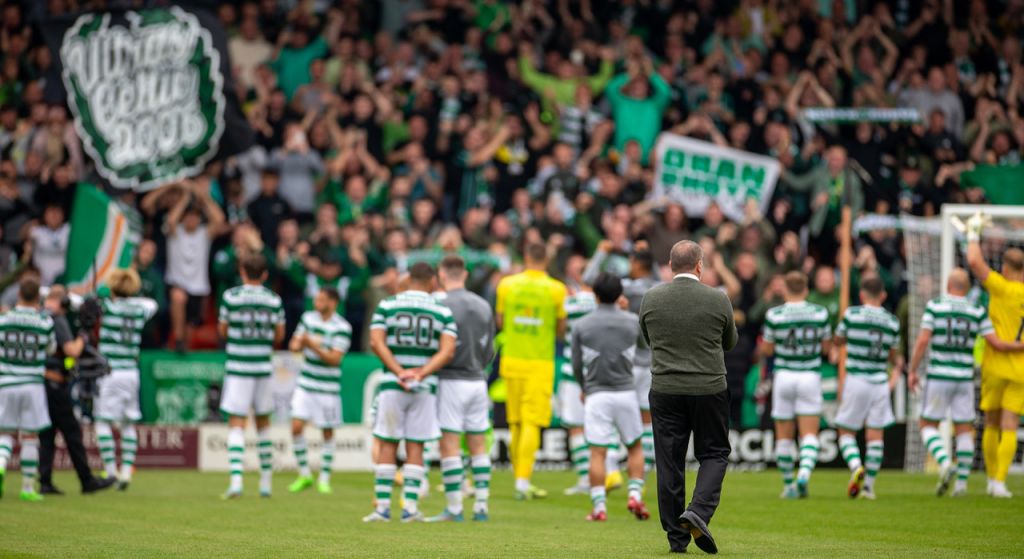 What a time it is to be a Celtic supporter!