Celtic target Alexandro Bernabei was somewhat surprisingly included in his club Lanus’ starting line-up yesterday, amid growing speculation that he may be on the verge of a move to Europe, presumably to Celtic. The Argentine full-back reportedly flew to Italy during the week to procure a passport ahead of any prospective move to Paradise or perhaps somewhere else on the continent.

Yet the inclusion of the Lanus want-away in their line-up didn’t go according to plan with Bernabei, as reported on The Celtic Star last night, being shown a straight red card after reacting to provocation with a head-butt. It would be just Celtic’s luck to sign a player who then gets hit with an SFA suspension due to that red card picked up in Argentina. 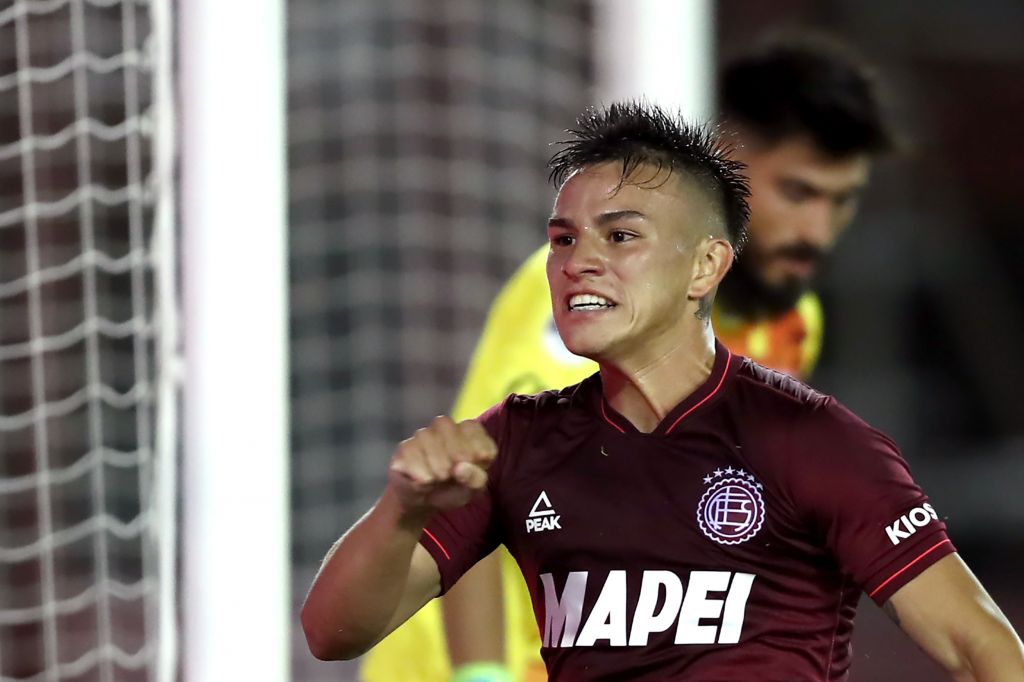 The links with the Bhoys have been red-hot for a couple of weeks now, with several outlets reporting that Celtic are trying to thrash out a deal with his team to bring him to Scotland. Ange Postecoglou is in the market for a left-back this summer to compete with Greg Taylor with Champions League football just around the corner.

Streamlining the squad is the priority this transfer window as Postecoglou sets about the second phase of his Parkhead rebuild. Both Tom Rogic and Nir Bitton have left the club after years of service as well as Greek misfit Vasilis Barkas. There was also a raft of young players who left the League Champions at the end of May, with more first-team players on the chopping block too.

Liam Scales is said to be interesting Aberdeen boss Jim Goodwin, so could be on the road out with Celtic retaining an interest in the Pittodrie sides young talent, Connor Barron. It remains to be seen if a deal can be struck – with Scales perhaps heading in the other direction in some sort of swap or makeweight for the tenacious midfield player.

But back to Bernabei.

There have been leaking reports here and there that Lanus and Celtic may be a bit apart when it comes to valuation. The Argentinians want around £4 million for their budding left-back, with Celtic wanting to pay closer to half of that. Talks seem to be still ongoing and it seems if not us, the player has interested parties throughout other European leagues.

Was his inclusion in the match last night a signal that he is having a final bow? Or are the negotiations hitting a snag?

The anticipation is becoming too much and maybe it was for the player too, judging by the red card he picked up!

Good bit of skill from Bernabei, then a taunt, then a headbutt, exactly what Celtic need 😂😂 pic.twitter.com/VsiptoIzUu

Could this mean a farewell game ?

The Suez Crisis, Celtic’s Cup Joy and Wedded Bliss for Willie Fernie and his Bride, Audrey Douglas
“Harry didn’t mind heading up the park and having a skelp at goal,” Kenny Dalglish
“Willie Fernie was a genuine player, and a perfect sportsman,”Tom Campbell
Previous ArticleTransfer Update – Celtic linked with Nigerian striker
Next Article Chasing Champions League Glory might lead Tierney to the Etihad