You are at:Home»Latest»“Why did we sign Taylor?” : Skeptical response from these Celtic fans to surprise name starting vs Lazio

Most people would be forgiven for thinking that Lazio would be approaching tonight’s game looking for a win to seal their qualification to the next round.

They looked like the obvious favourites to win the group, but performances so far have been poor. A loss to Celtic tonight could actually see them all but eliminated with two games to go.

Celtic sit in a fantastic position. Four points clear of the Italians this game is really a free hit for them. Lazio are still expected to win the game so Neil Lennon knows there’s no great pressure on them tonight.

It was always going to be interesting to see how Lenny approached the game tonight. The clash at Celtic Park turned when he went to a back three and tried to match up against the Italian’s formation. It certainly looks like that will be the plan from the off tonight.

There is one glaring decision that’s got a lot of fans talking. With no Bolingoli it was expected that Greg Taylor would play, but it’s actually Jonny Hayes who gets the nod:

The money on Taylor was well spent…

Why buy Greg Taylor if were going to consistently play someone out of position instead of trust the boy.

We should really be playing left backs at left back. Hayes is a good option, but Taylor should be there before him.

It’s been pretty clear that the gaffer trusts Jonny Hayes in the big fixtures. He probably won’t let the team down and you know he will give everything, but it’s unlikely his name will strike fear into the hearts of the Lazio players.

There’s something a bit amiss with Greg Taylor just now. He’s only played once and it just looks like Lenny doesn’t fancy him for some reason. Hopefully he gets a chance to win him over at some point soon, there’s no point in paying good money for a player and then refusing to play them. 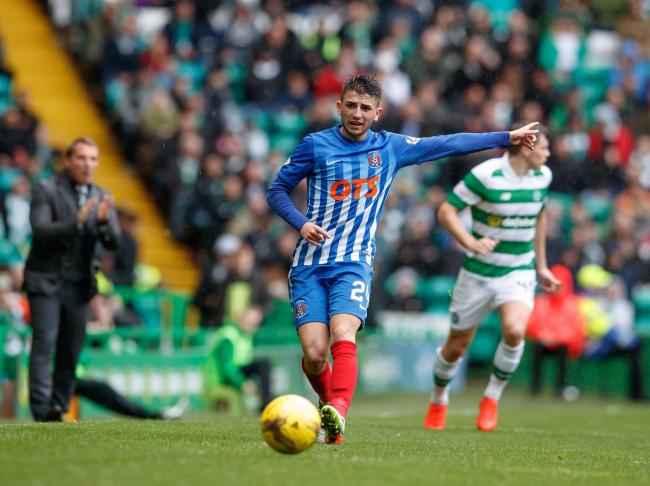 Taylor in action for Killie against Celtic

We’ve all had plenty of chances to see what the Lazio fans are like after the past few weeks. They’re known for being impatient and demanding, an early goal or keeping it tight could see them turn and their team could suffer as a result.

A positive result tonight and it will be well worth making sure that passport is still valid for after Christmas….