You are at:Home»Latest»Why the Rangers are, on and off the pitch, Scotland’s Shame

“Yeah, another one to the face,” Scott Brown noted after the latest assault on him by a Rangers player, this time the wife-beater Flanagan “Surprisingly, somebody didn’t see that again. He (Kevin Clancy) said it was a yellow because it didn’t hit me in the face. But it’s part and parcel.

“There’s always a linesman there who can see it from the corner flag. There are two people there, both said they didn’t properly see it, so it’s a hard one for them.

“But, at the end of the day, it wouldn’t have changed the outcome. Rangers were better, we didn’t start well, we didn’t follow our game plan, didn’t press as hard as we could, didn’t play as well as we should.

“I don’t think it would have changed the outcome of the game. We didn’t deserve to win today, Rangers played better than we did,” Broony told the media, as reported by Evening Times.

Earlier in the game there was the disgraceful dive by the veteran Ibrox striker Defoe which surely will be the subject of a citation from the Compliance Officer Clare Whyte over the next day or so?

In the process of diving the Englishman also managed to kick Celtic defender Kristoffer Ajer, presumably to show the referee some contact. It was an act of blatant cheating and the Scottish FA now need to decide if this is to go unchallenged. 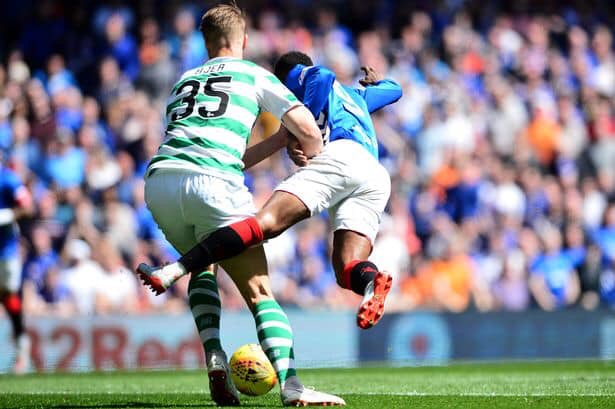 Clancy bottled it on not sending off Flanagan for what was a clear red card offence. He also bottled it in not booking Defoe for this dive. Even in victory this mob are as shameful on the park as they are off it. That Flanagan guy of course is a perfect match for them…see HERE. 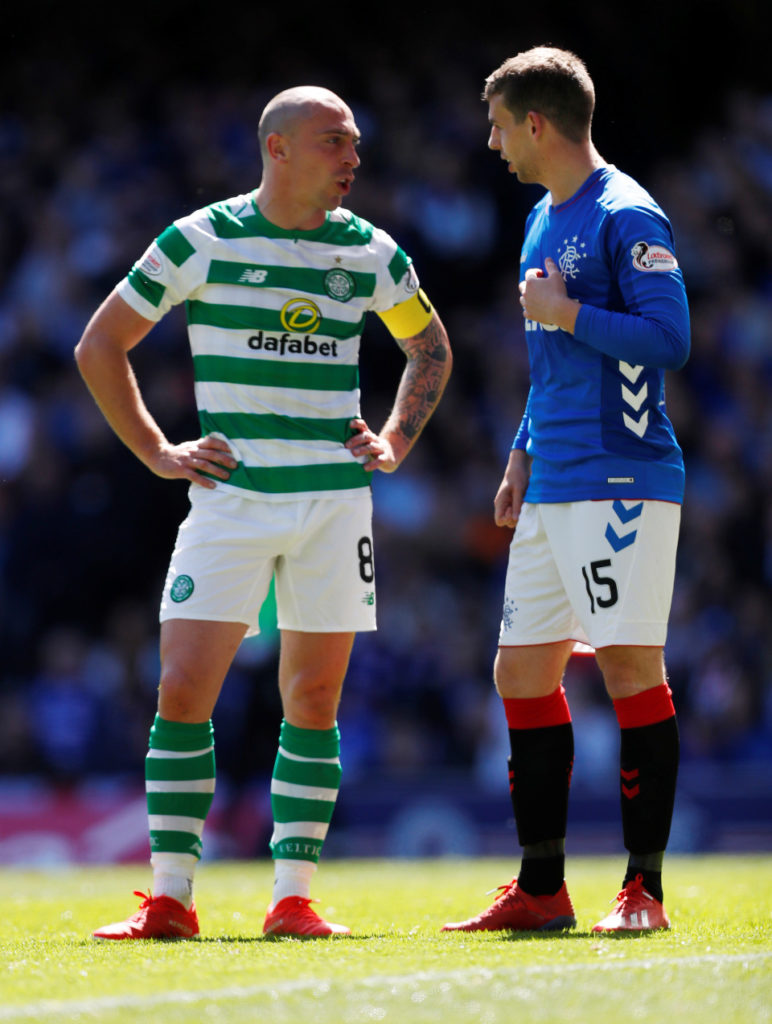 Yesterday we heard, just weeks after after the funerals of Billy McNeill and Stevie Chalmers, that ‘The Lisbon Lions won’t see Ten in a Row”, we hear the Cheer Up song – both of these were sung by the lot of them incidentally – directed at Neil Lennon. Has there been any specific comments about this song in the way the media had headlines when Derek McInnes had it sung to him by a small section of The Celtic support at Hampden?

We had their famine song, the Up to their knees stuff and chants about child abuse. They covered mental health by attacking Leigh Griffiths, the Rangers are on and off the pitch Scotland’s Shame.

Here is Scott Brown’s assessment of what was a dreadfully disappointing day for Celtic.

Previous ArticleA rather unhappy Celtic Noise, the morning after the day before
Next Article The £44million War Chest Celtic must spend this Summer