You are at:Home»Latest»Why we can expect a Turbo Charged Celtic after International Break

THIS Saturday sees the welcome return of Celtic to our weekend schedules on the back of yet another international break.

I think Rent Boy in Trainspotting sums up the extent of the pain that comes from watching the Scottish national teams at present, be it with the round or oval ball. ‘It’s sh*** being Scottish’. Sometimes it really is.

Neither side’s endeavours made for pretty viewing. At least a confidence booster over the accountants and waiters of San Marino in a Hampden flood was something positive to take from a week best forgotten.

Celtic return to action against Ross County with a 3pm Saturday Kick off. We’ll all be hoping for some proper footballing entertainment. 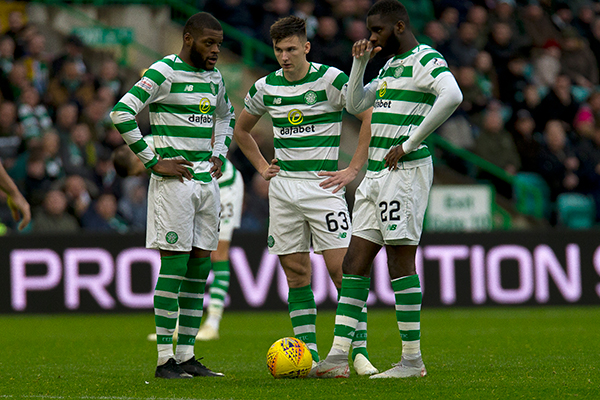 This time last year Celtic played Hibs at Celtic Park, again with a 3pm Kick off and it certainly had the ‘Wow’ factor we’ll all be hoping for this weekend.

Celtic defeated a Hibs side under the coaching of our current manager Neil Lennon 4-2, in an open and attacking game. It’s funny how football works out sometimes.

A 4-2 win always makes for a fine spectacle but when you consider Celtic hit the woodwork four times in the encounter it could well have been more goals for The Hoops. It was one of the finest performances of the season.

As it was Celtic certainly started the stronger. Ntcham almost opened the scoring when hitting the inside of the post, before a beautifully struck Callum McGregor set piece hit the crossbar leaving Hibs keeper Adam Bogdan wondering what lay in store. He was soon to find out.

After only eight minutes a gliding Tom Rogic played a lovely 1-2 with an on fire James Forrest before guiding a fine strike into the keeper’s top tight corner. A Rogic special was just the beginning. 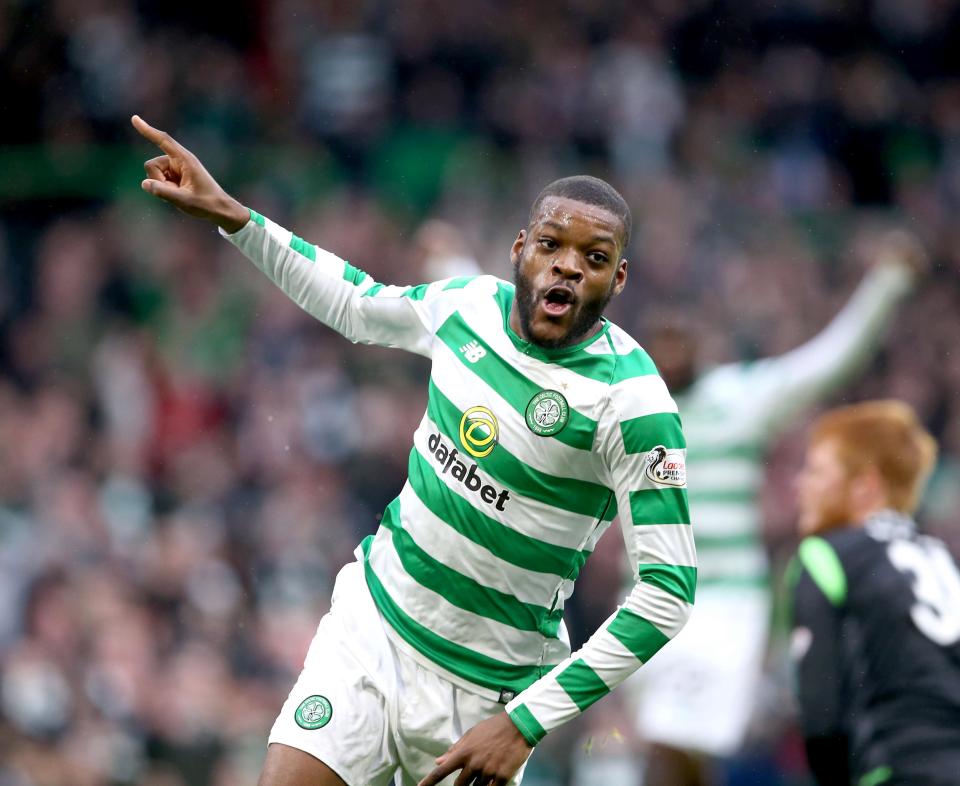 Ten minutes later Olivier Ntcham got the goal his play had deserved. Forrest again linked with Rogic (hopefully we’ll soon be seeing that partnership link up again in the not too distant future) and this time Big Tam didn’t go for glory, he instead slipped in Ntcham who didn’t need a touch has he passed the ball low to Bogdan’s left and into the net. Two fine goals both within the first 20 minutes, Celtic it appeared were motoring.

Odsonne Edouard forced a fantastic save from the Hibs keeper just after and Scott Sinclair followed up and was unlucky to hit the post.

Hibs themselves had a great chance at the end of the first half when a poorly defended cross was placed back across goal from the head of Kambieri only for Craig Gordon to pull of an incredible left handed save to touch the ball away. A save as good as any of the outfield play on offer that day.

That warning from Hibs should have been heeded and at the start of the second half Florian Kambieri shimmied past Boyata to create a yard of space just inside the 18 yard box before rifling an unstoppable left footed effort high into a helpless Craig Gordon’s top left corner. Credit where it is due it was a finish right out the top drawer. 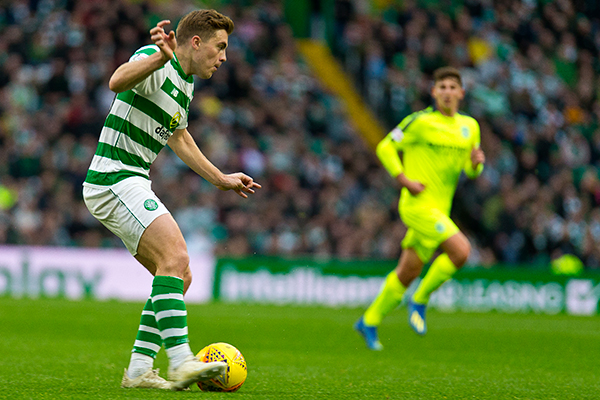 Odsonne Edouard tried to return Celtic to their two goal cushion and beat two Hibs defenders with ease but his low shot was unlucky to come back of the post.

The performance of James Forrest was immense that day, underlined by his left wing run from the halfway line holding off the Hibs defence before cutting the ball back for Edouard to guide the ball between two defenders and reinstate Celtic’s two goal cushion. It wasn’t just the goals scored that day, it was the quality of them that was breath-taking.

Hibs again drew Celtic back, this time some beautiful link up play in midfield and a perfect through ball left Martin Boyle up against an exposed Lustig. The Hibs forward held off the Celtic full back and jinked a delicate chip over Gordon and into the Celtic net. It takes something to live with a Celtic team on this form and credit should go to Neil Lennon and his then Hibs charges for the quality they brought to the party. It was another fine goal in a feast of football. 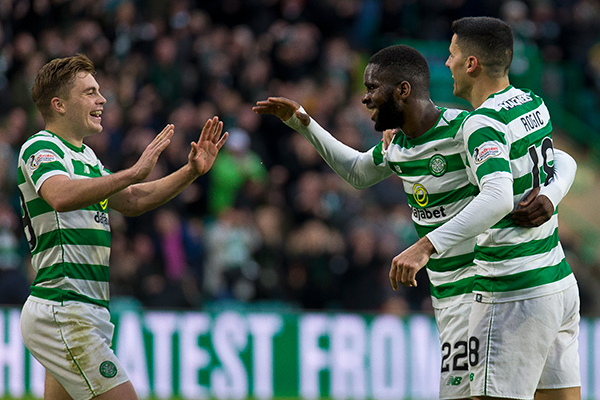 But Celtic weren’t quite done with Hibs just yet. With two minutes to go Callum McGregor, himself also in fine form that day, took down the ball brilliantly and with one touch fed Edouard in the box. The Frenchman did what he does best, he took his time, got the ball under control, beat his man and wrong footed Bogdan in the Hibs goal to finish Celtic’s scoring with a swagger.

Edouard could have made it five cutting in from the left, beating two men and the keeper before seeing his right foot effort come off the goalkeepers inside post.

Had it finished 5-2 it would have been a deserved score line for Celtic though Hibs might have felt a little hard done by, given their own impact in the game, to lose by 3 clear goals.

In the end 4-2 showed Celtic’s overall superiority on the day but also nodded quite rightly to the impact the Edinburgh side had on a game high on quality.

A bit more of the same at home to Ross County on Saturday and we’ll all be happy. If you’ve a couple of minutes spare the highlights are certainly worth a watch.

The Celtic Team was as follows…

What a difference a year makes when you see that first eleven from only 12 months ago. An entire defence changed.

The Celtic Star Editor was at the game and produced this Match Report on the encounter.

And David Potter also reported on this game in his own column on The Celtic Star, before looking at the upcoming European tie against Leipzig.

Let’s hope when Saturday comes we’ll see off Ross County with the same style Celtic showed against Hibs last year, before going one better and letting Lazio know we’re a European side to be reckoned with.

One thing I’m certain of. It can only be better than watching Scotland.