You are at:Home»Latest»Will Celtic Go for Gunn, as Southampton look to send keeper out on loan?

SOUTHAMPTON plan to send Angus Gunn out on loan as Fraser Forster’s form at the Scottish Champions has convinced Saints manager Ralph Hasenhuttl that the top Celtic target should remain at St Mary’s.

Forster was third choice keeper at Saints before his loan move to Celtic last August re-ignited his career and manager Neil Lennon has made no secret of the fact that securing the services of Forster, on a permanent deal or even another loan period, was his top priority in the transfer market this summer.

Now though that plan looks dead in the water and the Celtic boss will have to look to his back-up plan just days after his own back-up keeper Craig Gordon left the club, ironically enough, in search of regular first team football back at relegated Hearts.

Celtic this morning have only one recognised first team goalkeeper at the club in Scott Bain, who hasn’t featured since that Champions League horror show against Cluj last August, which also ironically enough increased Lennon’s resolve to bring Forster back to Paradise.

We reported on the latest developments to this story this morning, where Celtic were preparing to meet the asking price for the goalkeeper and then the news from The Bhoys at 90 Minute Cynic who outlined the change in the plan at the Saints to offer Forster a chance at first team football in the Premier League next season.

More details are emerging and a report in Daily Mail indicates that Gunn could be heading out the door for a loan move from Southampton and this may be of interest to Neil Lennon who seems to have a back-up plan consisting of former England and Manchester City keeper Joe Hart and the former Celtic keeper David Marshall.

Forster now looks set to remain at Southampton to complete with Alex McCarthy for the first team gloves and that is a massive blow to Celtic. The option of taking Angus Gunn as an alternative to Forster and as a more attractive option to either Hart of David Marshall is probably being considered at Lennoxtown today.

The Scottish Sun quotes a Celtic source who explains what has happened regarding the failed Forster pursuit.

“The club had agreed a season-long loan deal with Southampton with an option to buy. This wasn’t about money – there was also every desire to push the boat out on personal terms for Fraser for an eventual permanent agreement.

“He has an extremely lucrative contract at Southampton. Fraser had also indicated he was happy to stay at Celtic. 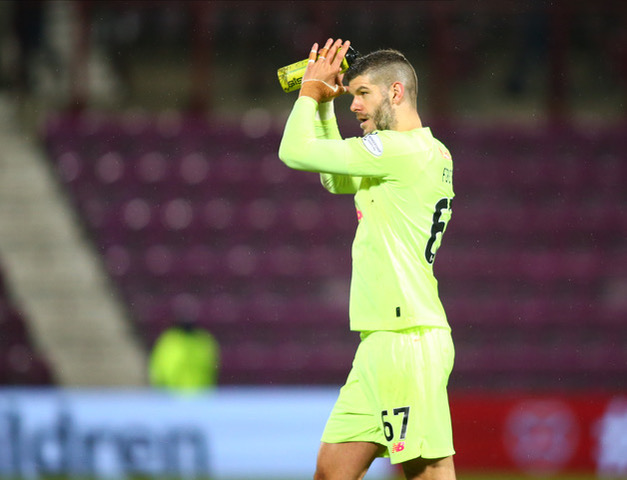 “But the fact of the matter is Fraser’s had a conversation with the Southampton manager and from that he has decided not to return. He feels he wants to fight for a place down there.

“It’s a big disappointment. Fraser was magnificent last season and everyone wanted him to stay – but it’s his decision. Everything was done to keep him. Now, though, it’s about moving on.”

What is extremely likely is that now that the Celtic manager knows that the Forster deal is off he will be looking to move very fast to secure a new first team goalkeeper. Ironically enough that could be another Southampton loanee, Angus Gunn.