Exactly fifty years after 20-year-old wing-half William Patrick Maley starred in the inaugural Celtic side who competed in our first tournament, the Glasgow International Exhibition Cup of 1888, the by-now elderly manager led his side into what would prove to be his penultimate season in charge.

The first league game of the 1938/39 season saw the current Scottish champions host Kilmarnock, managed by one of Maley’s Bhoys, the incomparable Jimmy McGrory. He had retired from playing for his beloved Hoops the previous December, his first game in charge being a Christmas Day 8-0 mauling on the field where he had created so much history. It is said that Maley took some delight from his team inflicting that defeat on what one would have thought would have been a favourite son. If that were true, then karma saw to it that the next meeting of the clubs would go McGrory’s way, a 2-1 win at Celtic Park in March which saw the holders dumped out of the Scottish Cup. Killie would go all the way to Hampden that year before losing out to Second Division East Fife in the final.

On Saturday, 13 August 1938, the pendulum would swing back in Maley’s direction, as Celtic began the defence of their title in sensational style. He was able to field his Empire Exhibition Cup-winning side from two months earlier, those eleven men truly the stuff of legends.

McAvoy scored early on for the visitors, in front of 15,000 fans, before the roof caved in. There were doubles for Jimmy Delaney and John Divers, as the 5-1 half-time lead became 9-1, following further goals from Chic Geatons, Malcolm MacDonald, Frank Murphy, Willie Lyon and Johnny Crum, the last two from the penalty spot.

The following Saturday saw the Celts head down the London Road to Hamilton, to face the Accies at Douglas Park. The only change to the Hoops line-up saw a rare appearance for centre-half Alex Millar in place of skipper Willie Lyon. This week there would be just the one goal, scored by Delaney on the half-hour, to keep Celts top of the table, ahead of last year’s runners-up, Hearts, Clyde and Partick Thistle on goal average, all four sides on the maximum four points. 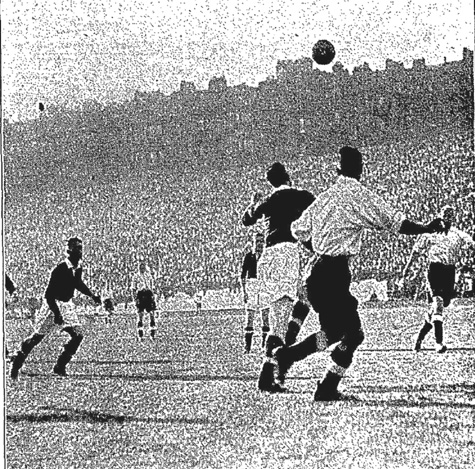 Celtic v Hamilton, 20 August 1938, Delaney with back to goal

The quirkiness of the fixture schedule produced a midweek trip to Rugby Park, just eleven days after the opening-day victory over McGrory’s men. Lyon was restored to the side but the 100% record would fall after a goalless draw in front of a healthy 20,000 crowd. Both Delaney and MacDonald hit woodwork, goalkeepers, Hunter and Kennaway, on top form as both sets of forwards drew blanks. 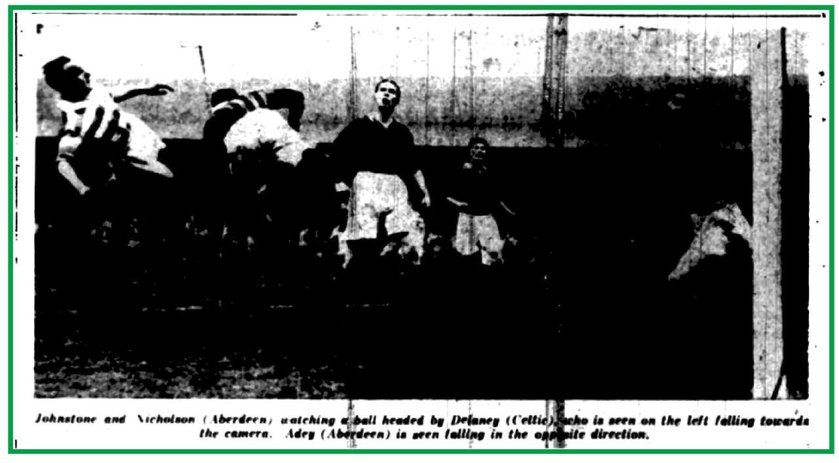 The final league game of the month took place at Celtic Park on Saturday, 27 August. Aberdeen were the team expected to face a severe test from an unchanged Celtic side. However, that afternoon would reinforce the sheer unpredictability of football. Dons inside-right Hamilton scored twice either side of the break and the visitors could even afford the luxury of a missed spot-kick by Thomson before a consolation strike from Delaney late on finished the contest at 2-1. The 23,000 Parkhead crowd had just witnessed a first home League defeat for Celts since Dundee beat them by the same scoreline, all the way back in February 1937.

After a promising start, there would be much for Willie Maley and his assistant, Jimmy ‘Napoleon’ McMenemy to ponder in his Bank Restaurant in Glasgow’s Queen Street that Saturday evening. 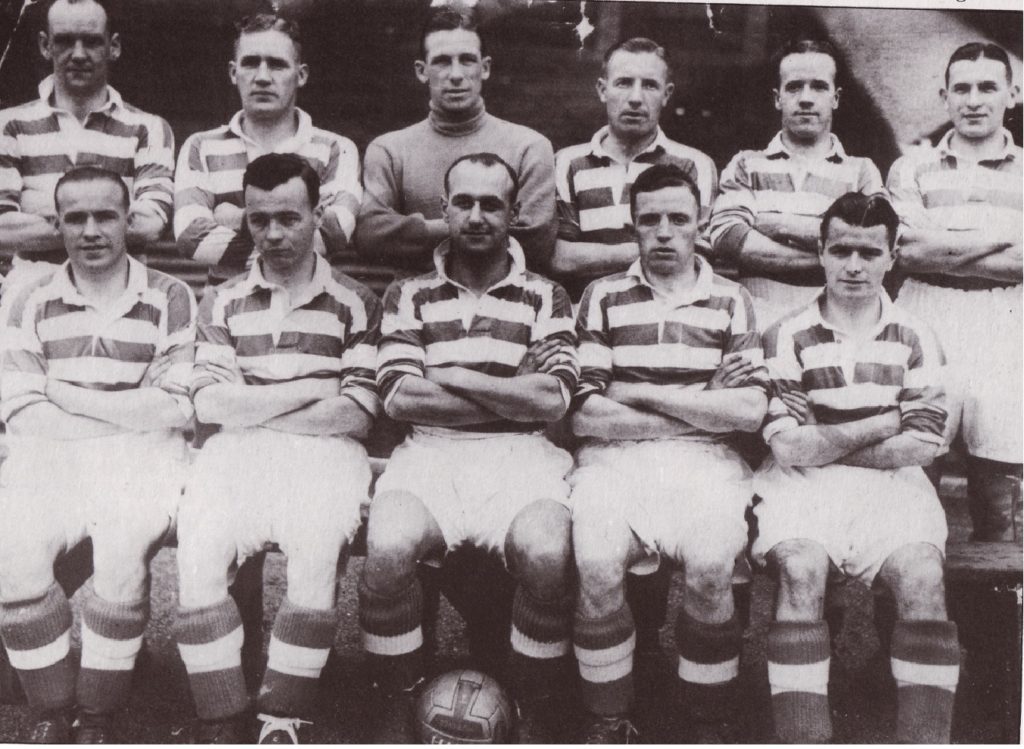