You are at:Home»Latest»“Winning is best,” Daizen Maeda. “Just a friendly reminder that we are the Champions,” Celtic FC

They say timing is everything – and it helps when there is plausible deniability attached.

Both Celtic and Daizen Maeda have taken to social media to highlight Celtic’s title success, with Maeda letting his social media Followers know ‘winning is the best’…

Meanwhile Celtic also decided to have a wee dig of their own with the brilliantly timed plug for the collection of league-winning memorabilia available to buy direct from the club, with the message ‘Just a friendly reminder that we are the 𝑪𝑯𝑨𝑴𝑷𝑰𝑶𝑵𝑺!’

Just a friendly reminder that we are the 𝑪𝑯𝑨𝑴𝑷𝑰𝑶𝑵𝑺! 🏆New products added to our Champions Range every week!🎊https://t.co/Qq8E6ztEQM pic.twitter.com/fksQKUVeVt

All just a coincidence? Perhaps, but perhaps not.

After all, with theRangers stumbling at the final stage of the Europa League campaign last night, and having let it somewhat disingenuously be known their focus and energies had been expended on that run, rather than the league title race that they also ballsed up, it was almost as easy for Celtic and Maeda to rub our rivals’ noses in it on social media as it is to score a penalty kick from 12-yards – unless you’re Aaron Ramsey of course. 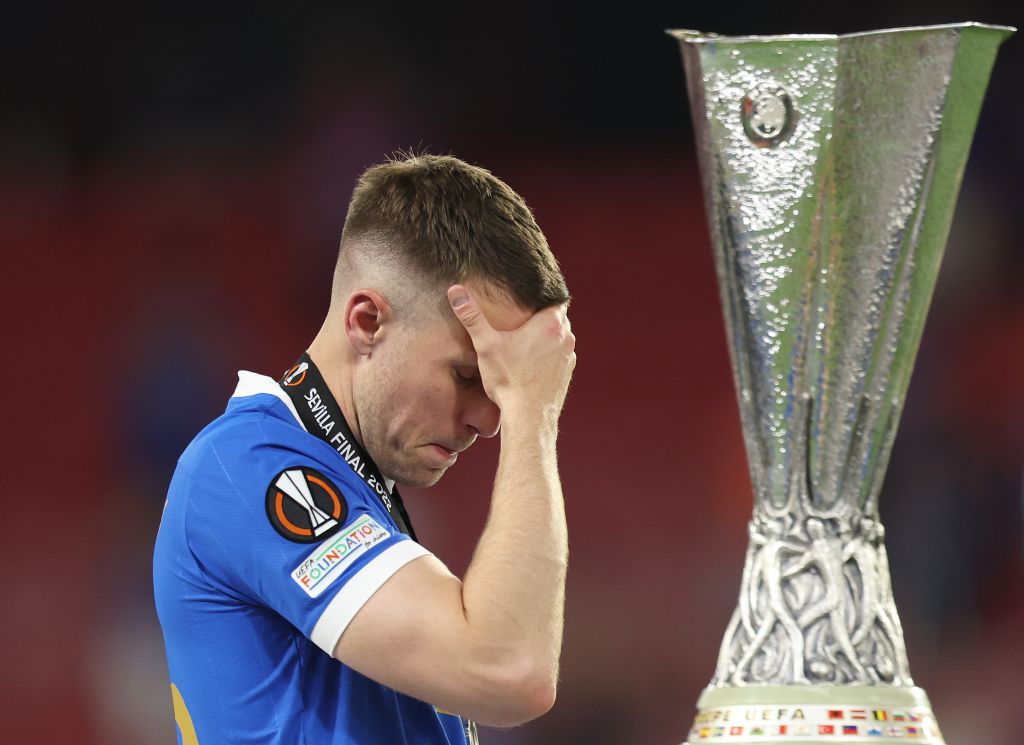 SEVILLE, SPAIN – MAY 18: Aaron Ramsey of Rangers looks dejected as they walk past the UEFA Europa League trophy following their sides defeat in the UEFA Europa League final match between Eintracht Frankfurt and Rangers FC at Estadio Ramon Sanchez Pizjuan on May 18, 2022 in Seville, Spain. (Photo by Alex Pantling/Getty Images)

Having come from six points behind to win the league and having already won the League Cup, Celtic, after theRangers defeat in Seville last night, are the only top flight Scottish club with silverware to celebrate this season.

Of course, attention at Ibrox will now move to Hampden this weekend and the Scottish Cup Final with Hearts. But with tired limbs and broken hearts to contend with, the Edinburgh club will surely fancy their chances of winning that one now, leaving theRangers empty handed. Daizen got it spot on, winning is the best, whether he meant it that way or not!

Jota’s Journals – “I saw the Celtic fans everywhere I went,” Phileas Fogg
“Celtic have made a £17 million statement,” Chris Sutton
adidas x Celtic FC reveal home kit for new season
Previous ArticleChristopher Jullien – Sadly, it may be best for all concerned to say au revoir
Next Article Aaron Ramsey and the good thing about making a costly error