You are at:Home»Latest»With Celtic’s £5m summer signing missing in action on Sunday, we ask what now for Albian Ajeti?

John Kennedy can dress it up anyway he likes but his own actions speaks louder than words as far as his decision not to have £5m flop Albian Ajeti on the bench for Sunday’s Glasgow Derby against theRangers.

Ajeti has scored just six goals in his first season at Celtic and it could very well also turn out to be his last season at the club. Certainly few would miss him if he was to be moved on. The Swiss international striker could get nowhere near the West Ham starting eleven, clearly for a very good reason and the Hammers were, you will recall, reluctant to allow him to come to Celtic on loan for the season with an option to buy. Instead they wanted to get rid and recoup some of their money, making the former Basel striker someone else’s problem.

READ THIS…Tony Mowbray’s Celtic reign comes to an end after horror show in Paisley, On this Day in 2010 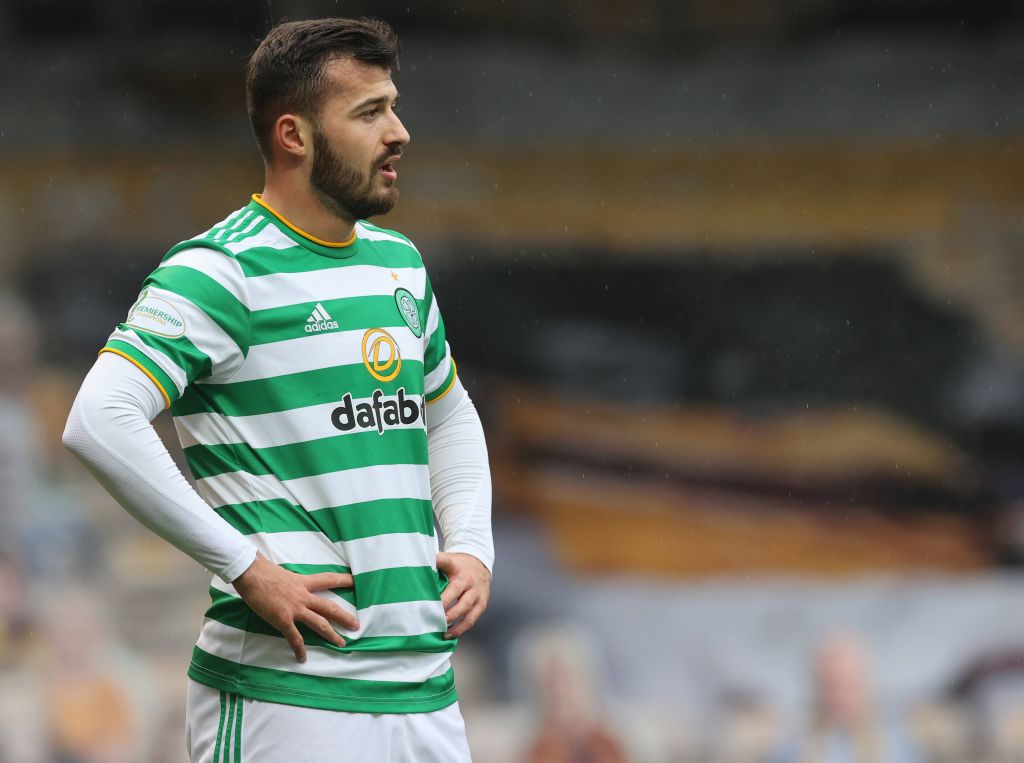 And remember while the then Peterborough striker Ivan Toney was in the Celtic boardroom desperate to sign for our club,  Ajeti went away on a holiday before making his mind up that he’s give is the pleasure of his company.  Just to save a few bob eh Peter?

With John Kennedy and Gavin Strachan (the former Peterborough assistant who had sold Toney on a move to Celtic) taking over from Neil Lennon (who has an eye for a player according to the current Celtic CEO), Ajeti – a Lennon recommendation to Lawwell – hasn’t kicked a ball for the club and is now behind Odsonne Edouard, Moi Elyounoussi, Leigh Griffiths and Patryk Klimala. 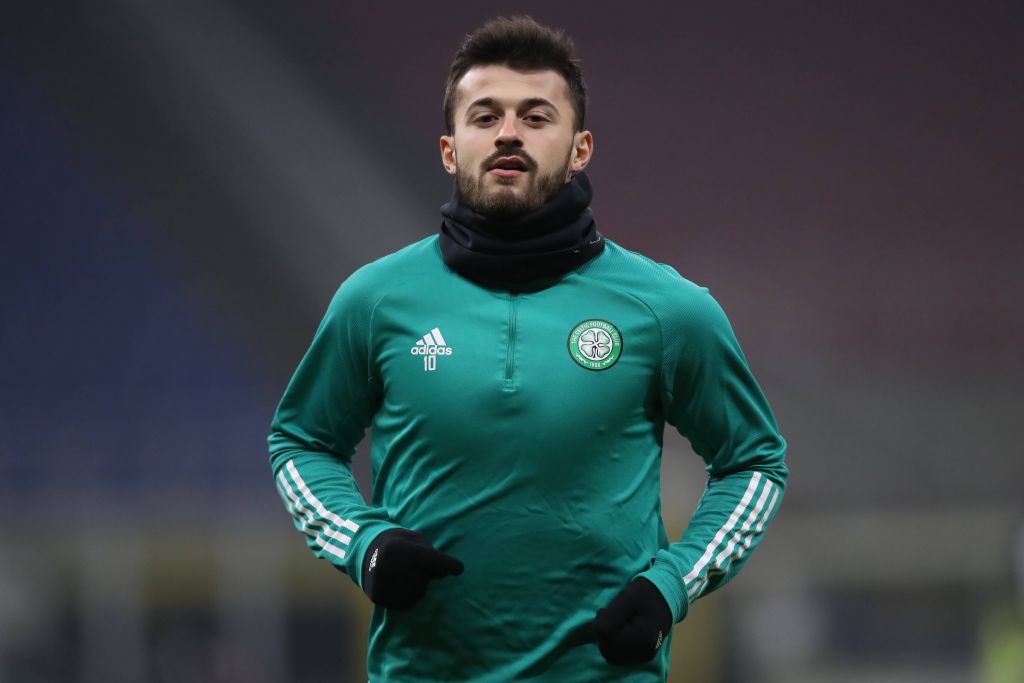 Now that James Forrest is fit he’ll probably be relied upon more than Ajeti to get the goals for the club in the run in to the season when Celtic will be looking to ensure that the Scottish Cup is retained and that the remaining five post split fixtures – announced yesterday – are won. The thought of not beating theRangers this season is particularly sickening but we have the game at Ibrox at the start of May and possibly a meeting with them in the Scottish Cup too. 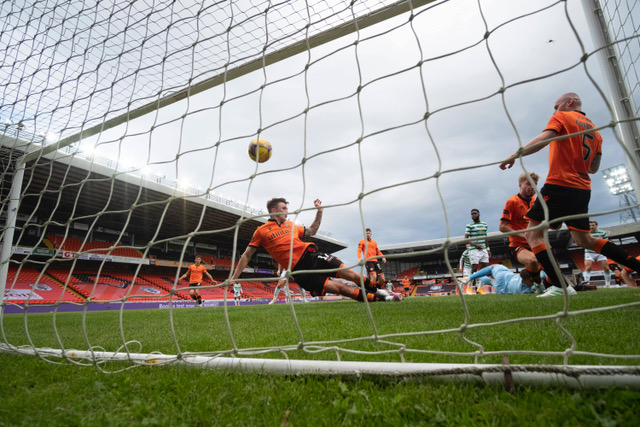 John Kennedy has been speaking about his decision to leave the £5m summer signing out of his squad for the weekend’s draw. “Three strikers on the bench for the game wasn’t quite right,” the Interim Celtic manager said, as reported by Scottish Sun. “”I spoke to Albian and addressed it so there’s no drama. Every game is different.

“We needed a balance on the bench but it’s fine. We had so many fit players and everyone wanted to be involved.” 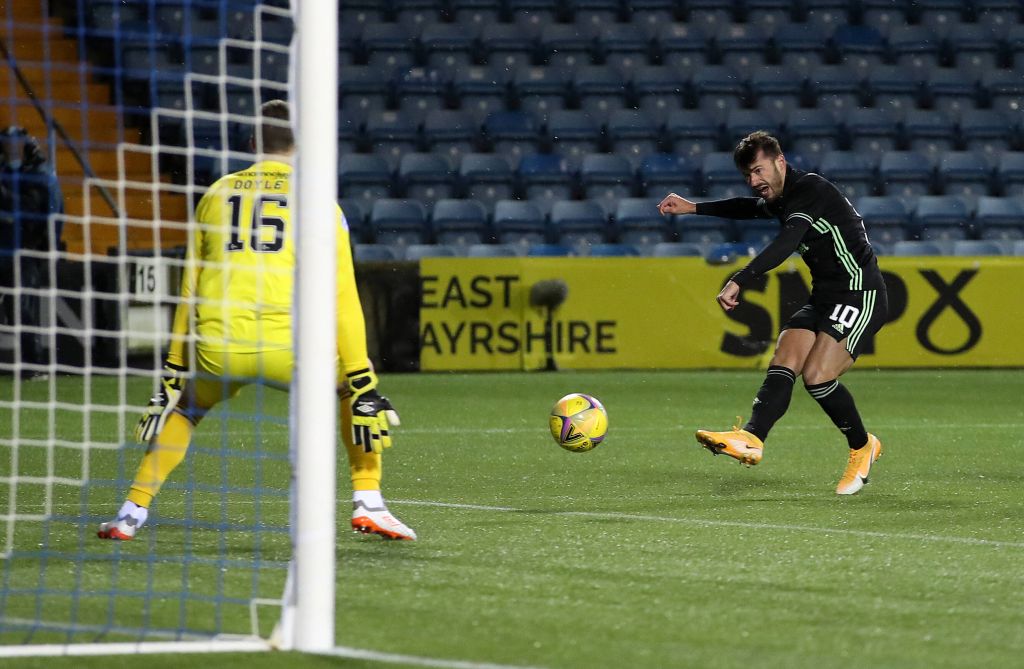 Albian Ajeti has to show in training that he deserves to move up the pecking order for the front players at Celtic. With Odsonne Edouard almost certainly leaving in the summer and Leigh Griffiths these days being unreliable as a starter in the side and incapable it seems of playing a full ninety minutes then there could be an opening for Ajeti. The ball though is in his court. Does he really want it enough? Time will tell.

Previous Article“I’m convinced there was no need to kick off in Lisbon,” Birthday Bhoy Bertie telling the tunnel tale
Next Article Time Gentlemen Please: When Leigh Griffiths blamed the support then suggested he was due a Testimonial sums up Celtic’s season