You are at:Home»Latest»“Without fear and beyond reproach,” Celtic’s Captain Willie Lyon awarded Military Cross in North Africa in 1943

WILLIE LYON was anything but a Celt in background, ethnicity or even (in his early days) inclination. He was an Englishman whose family had moved to Scotland and he found himself playing for Queen’s Park and indeed had a few jousts with Celtic between 1933 and 1935 before he joined the club.

His transfer to Celtic in 1935 was unusual in that Celtic did not usually buy many players from anyone, and certainly not Queen’s Park, a club that Celtic supporters looked upon with suspicion for their perceived middle class base. 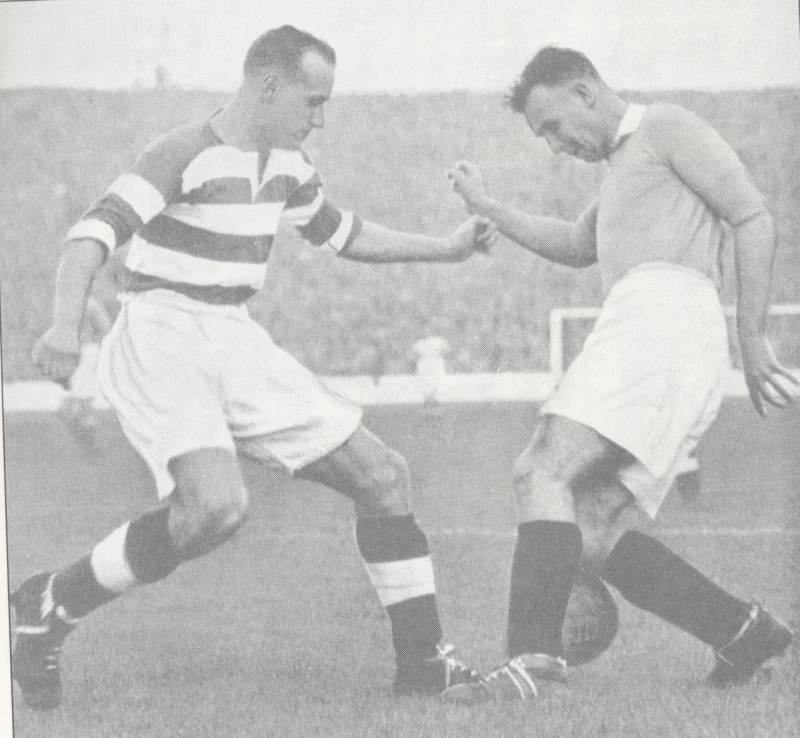 But Celtic needed a centre half now that Jimmy McStay had gone. Malky MacDonald had been tried in that position but was a different kind of player, and the tall, rangy and mobile Lyon seemed a good idea. Most of the credit for this decision, one feels, must go to the newly appointed trainer Jimmy McMenemy who had played alongside Willie Loney and Alec McNair and knew what a good defender looked like.

If McMenemy was beginning to take over the tactical side of things from the ageing and increasingly out-of-touch and set-in-his-ways Willie Maley, then Celtic also needed inspiring leadership on the field.

This came from Lyon who was, like Jock Stein and Billy McNeill in later years, was quite clearly a leader, and was made captain from an early stage.

The effect was electric and immediate. 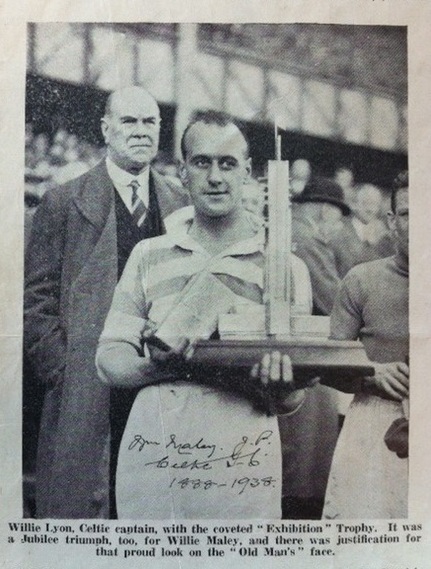 The Scottish League was won in 1936 after a decade of disappointment, the Scottish Cup the following year as crowds returned in huge numbers and then in 1938 a glorious treble of the Scottish League, the Glasgow Charity Cup and the all-British Empire Exhibition trophy, making Celtic the best team in Great Britain and causing the half back line of Geatons, Lyon and Paterson to roll off the tongue in the same way as Young, Loney and Hay had done a generation earlier. 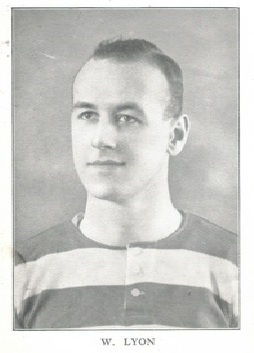 It was not just the cool, inspirational and re-assuring presence of Willie Lyon that mattered. It was also his ability to read a game, to encourage the hugely talented MacDonald and Delaney, to supply the ever eager McGrory and Crum, and to perfect a “special relationship” between himself and goalkeeper Joe Kennaway which was neither Scottish nor Irish, but English and Canadian!

Hitler saw to it that this great team did not last. Indeed it had waned by 1939, but Lyon deserves great credit for his leadership of one of the best teams in Celtic’s history.

We are hardly surprised to learn that his bravery and leadership manifested themselves in a different form a few years later, for Major William Lyon won the Military Cross in North Africa in 1943.

After the war, he was assistant manager with Dundee, but did not find that job to his liking and returned to England and a life outside of football. 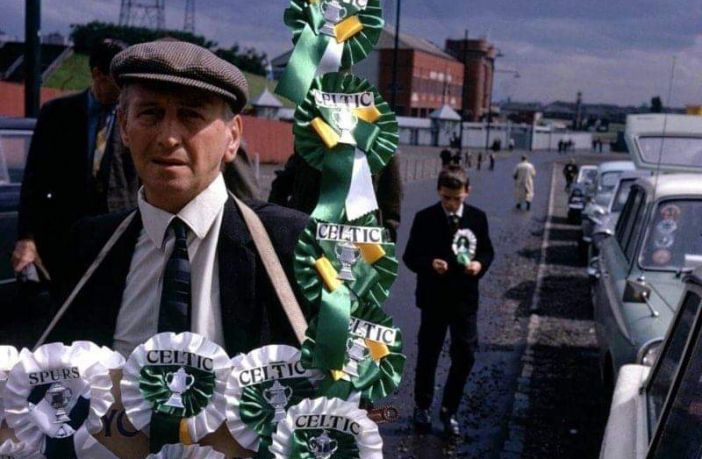