You are at:Home»Latest»“This is a wonderful honour,” Danny’s delight at Flag Day Unfurling

DANNY McGRAIN will have the honour of unfurling the Scottish Premiership Flag at Celtic Park on Saturday 4 August.

Celtic open their league campaign against Livingston as the team set out to win 8 in a row. And Danny McGrain, a Celtic star the last 8 in a row campaign, will be at the centre of attention as the flag is unfurled.

The official Celtic website paid tribute to Danny earlier today as they announced the news.

“Danny McGrain is one of the greatest players to have worn the green and white Hoops and was the best full-back in the world during his 20 years with Celtic.

“He signed for the club in 1967, and was one of the famous Quality Street Gang of young Celtic players coming through the ranks at the club, alongside the likes of Kenny Dalglish, Davie Hay, George Connelly and Lou Macari.

“He made his first-team debut in a League Cup tie against Dundee United at Tannadice on August 26, 1970, the first of 663 appearances for the club – only three players have made more appearances for Celtic. Danny also scored eight goals during his career. He won seven league championship medals, five Scottish Cups, two League Cup winner’s medals and 62 caps for Scotland.” 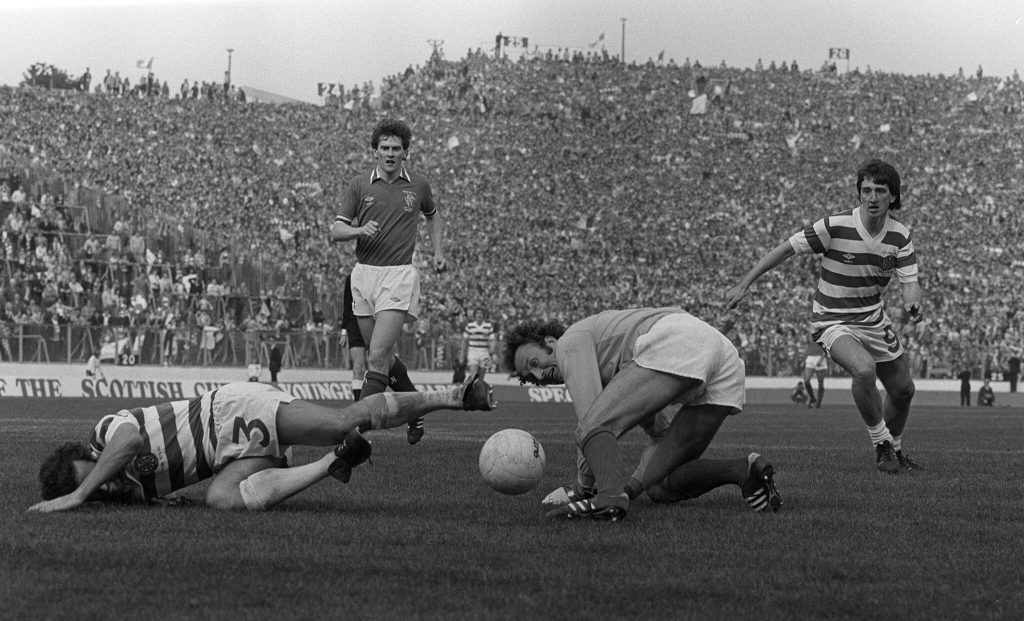 Danny himself also spoke of his personal delight at being asked to unfurl the flag.

“This is a wonderful honour for me and my family and I would like to thank the club for inviting me to unfurl the league flag before the game against Livingston,” Danny said.

“The day is all about the team of course, and their great achievement in winning the Premiership title last season, and it’s right that they should take centre-stage at Celtic Park along with the Celtic supporters. I congratulate the players, Brendan and our backroom team again for delivering such a memorable season last year and I am sure they will be doing everything they can to bring our fans even more success.

“The fans have always been brilliant to me since the day I joined the club, and I’m sure they will enjoy the Flag Day celebrations before the team kick off the campaign to win the title again this season.

“There are many great figures in Celtic’s history who would deserve to be invited to unfurl the flag, so I’m both honoured and humbled that the club has asked me to do so. It’s something that my family and I are looking forward to, although we’re all looking forward more to supporting the team and the Club in the season ahead.”