You are at:Home»Latest»Why World Cup bound Celtic star is set for summer exit

CELTIC’S forgotten man Cristian Gamboa is looking forward to the World Cup, mostly as it will give him the chance to play football again.

The Costa Rican right back last played in a goalless draw at Celtic Park in February against St Johnstone. Central defender Jack Hendry had just arrived from Dundee and the Celtic manager Brendan Rodgers preferred to use his new signing as a make-shift right back when Mikael Lustig was unavailable or rested, rather than give Gamboa a game. 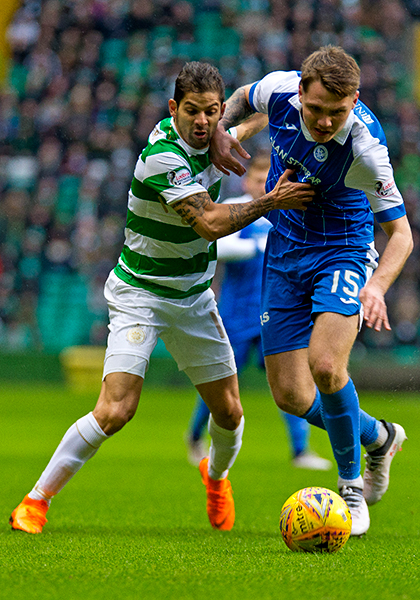 “The World Cup has come at the ideal moment for me. It’s a relief to be able to play after a very difficult season,”Gamboa stated.

“For me, I’ve done everything I possibly can to get to Russia. I always tried to give my best at Celtic, but they have made their decision and the manager decided he didn’t want to use me at all this season.

“I need to look at the situation after the World Cup.

“Despite the lack of games, I feel fit and ready and prepared. I think we have a good team and are ready to surprise people at this tournament.

“The first match is going to be very important and I hope I can play in it.”

So it looks like the player – who has always looked decent enough when selected – will be looking to catch a few eyes in Russia to get himself a move away from Celtic.

Gamboa’s mis-fortune has actually been caused by a slight change in the system that Celtic used this season. Kieran Tierney has been effectively pushed forward on the left – his engine is such that is is capable of getting back too – but the insurance is that the right back is a more defensive position these days, so Celtic have always 3 at the back when KT is bombing forward.

Gamboa is an attacking right back, thus the reluctance to give him game-time as Rodgers has preferred to defensively minded Lustig with Hendry as cover.