BRENDAN RODGERS’ Celtic side has scored more goals against Sunday’s opponents than against any other club.

In his first season Brendan started with that 5-1 at Celtic Park in September 2016- remarkably that remains his only victory against the Ibrox side at Paradise. The goals that wonderful day came from Moussa Dembele who got a hat-trick and Scotty Sinclair and Stuart Armstrong. 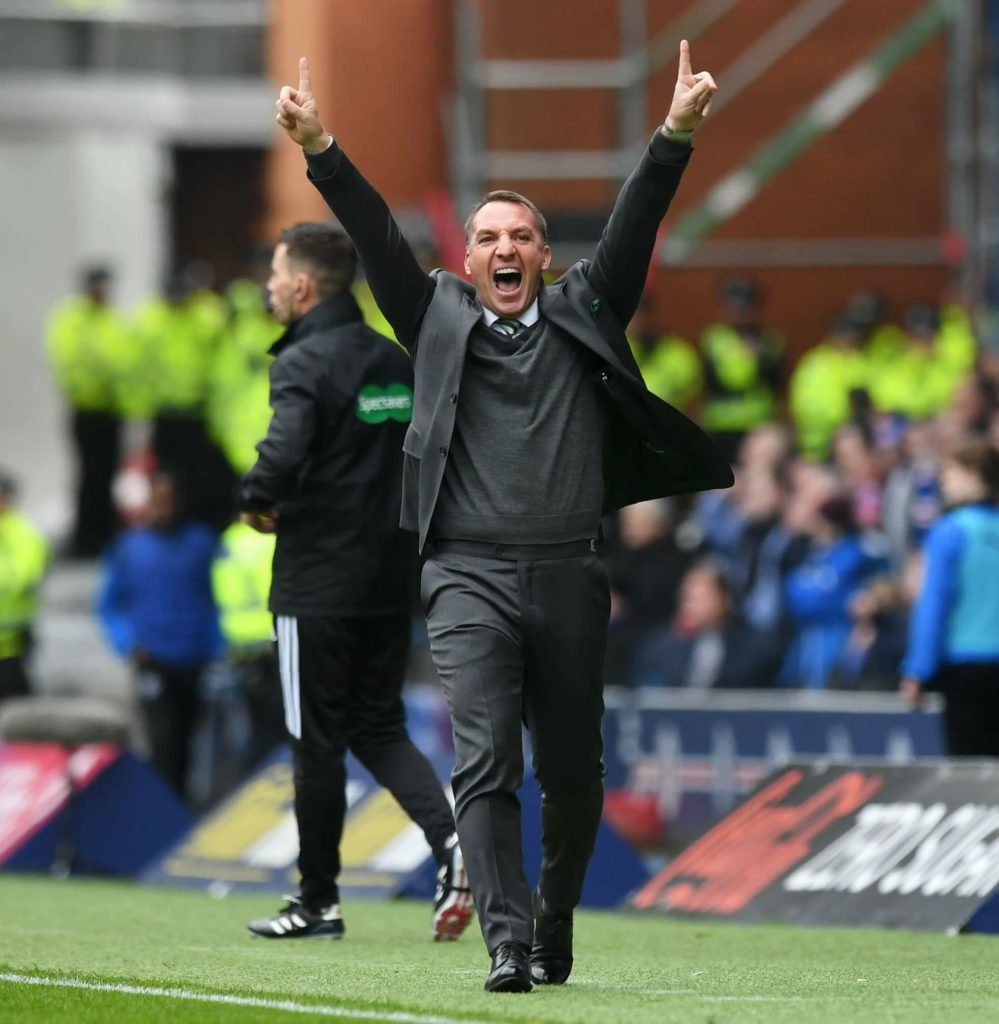 This was followed by a 1-0 victory in the Betfred Cup semi-final at Hampden then a visit to Ibrox on Hogmanay. Moussa scored in both these games and Scotty Sinclair got the other goal in the 2-1 win at their place. Celtic have maintained a 100% win record over Rangers at both Hampden and Ibrox with Brendan as our manager.

Then into 2017 and Stuart Armstrong got our goal in the 1-1 draw, this was the game that Bobby Madden denied Leigh Griffiths a stonewall penalty in the last minute.

Next up was the Scottish Cup semi-final and goals from Callum McGregor and Scotty Sinclair gave Celtic a very comfortable 2-0 win and a place in the Final.

Then it was the last meeting of Brendan’s first season and this was another very special day – Celtic winning 5-1 at Ibrox with the goals coming from Sinclair, Griffiths, McGregor, Boyata and Lustig.

The first meeting this season was a 2-0 win at Ibrox, goals from Rogic and Griffths cleared their stands.

There was a goalless draw at Celtic Park just after Christmas and and moving into 2018 the first game was at Ibrox on Beautiful Sunday – Celtic, with ten men, won 3-2 with goals from Rogic, Dembele and Edouard.

Then the most recent meeting, in the Scottish Cup semi-final a few weeks ago, Celtic thrashed them 4-0 and the goal scorers were Rogic, McGregor, Dembele and Ntcham.

Moussa has scored 7, Sinclair 4 times, McGregor and Rogic have 3 each, Armstrong and Griffiths both have 2, and there have been single strikes from Boyata, Lustig, Edouard and Ntcham.

What all the goal here then vote below for your favourite three – not the best goals, we want you to vote for the three goals you enjoyed the most.

Every goal against Rangers under Brendan.