Celtic’s new signing Yosuke Ideguchi, it would appear, has unfinished business in European football and the midfielder plans to put things right at Celtic after his previous move to Leeds Utd ended in failure. Ideguchi is one of three Japanese international players plucked from the J-League on Hogmanay by Ange Postecoglou who will join Daizen Maeda and Reo Hatate at Celtic alongside summer signing Kyogo

The 25 year old, by his own admission did not have the best of seasons for Gamba Osaka in the J-League campaign just ended and also accepts that things went badly for him during his first stint in British football after joining Leeds. Now Ideguchi is looking for atonement at Celtic. 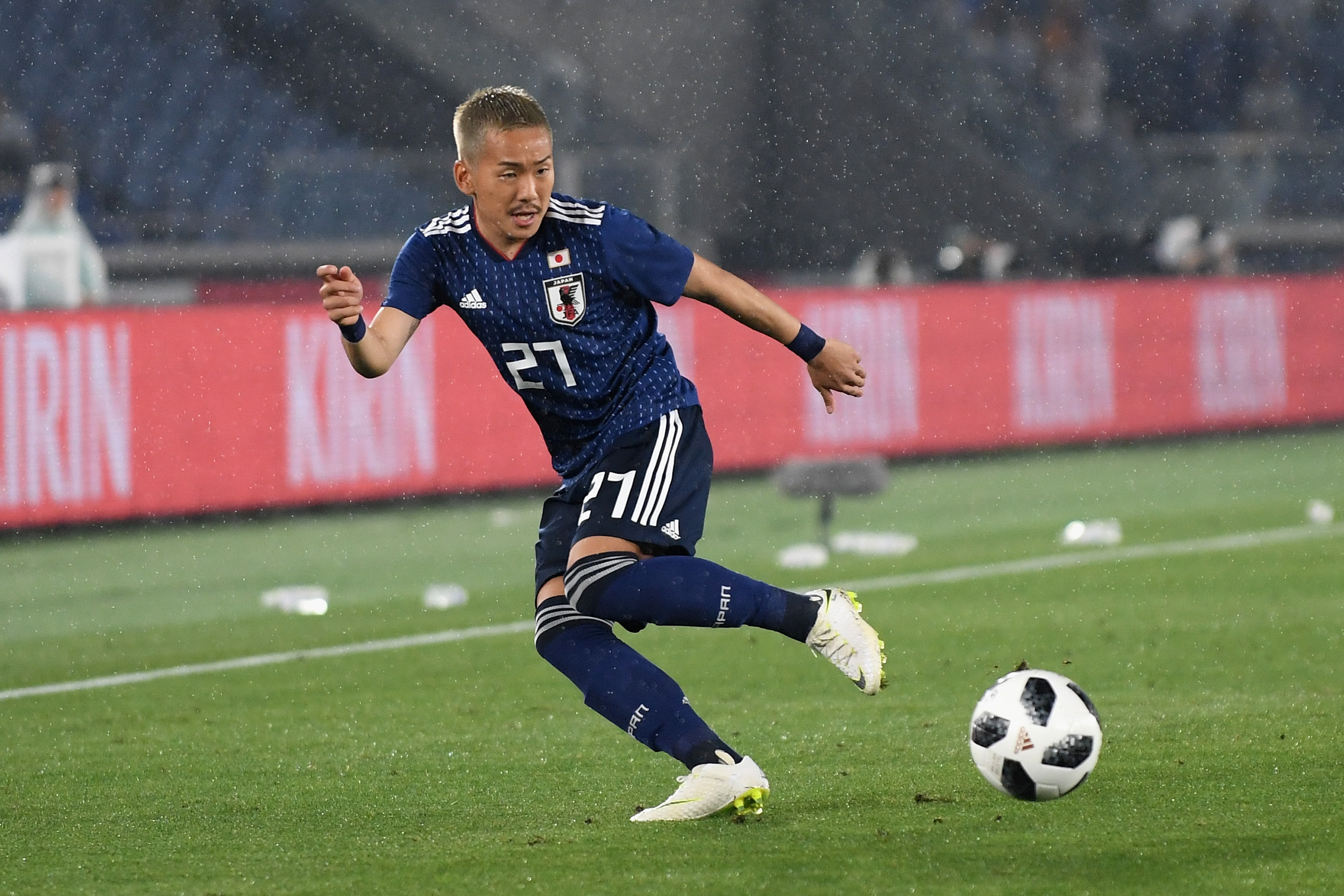 Yosuke Ideguchi of Japan in action during the match between Japan and Ghana at Nissan Stadium.. (Photo by Atsushi Tomura/Getty Images)

After news broke of his decision to sign for Celtic, Ideguchi spoke to the official Gamba Osaka website about the decision to leave the club and join Ange Postecoglou in Glasgow. “I’m moving to Celtic FC this time,” he said. “I’m sorry I couldn’t report directly to the fans, supporters, and people involved in Gamba Osaka. I’m really sorry that I couldn’t perform well as an individual this season. I don’t think so.

“I wanted to help the team as much as possible next season, but at this time I got the chance to move and decided to transfer.

“The first overseas challenge (at Leeds Utd) did not work. I felt my lack of power because of my regrets. This time I will do my best to be active and deliver good news to everyone.

“I have been indebted to Gamba Osaka for about 12 years. Even in bad times, I was really supported and grew up as a person and a soccer player. If I hadn’t been in Gamba Osaka, I wouldn’t be myself now. I really love this club and it’s like a family. I will continue to support you as a fan of Gamba, and I dream of returning to Gamba Osaka someday.

“It’s been a long time, but thank you very much. And thank you for your help.”