You are at:Home»Jim's Diary»‘You’re unlikely to remember this but on this day in 1995 Celtic played Real Madrid,’ Jim Craig

In the opening period of season 1994-95, Celtic received an invitation to play a friendly match several months hence, a fixture which manager Tommy Burns was only too keen to accept, as it was against Real Madrid.

You are unlikely to remember this but the game went ahead on this day in 1995, at the Estadio La Rosaleda in Malaga and a crowd of some 40,000 packed in to see the action. 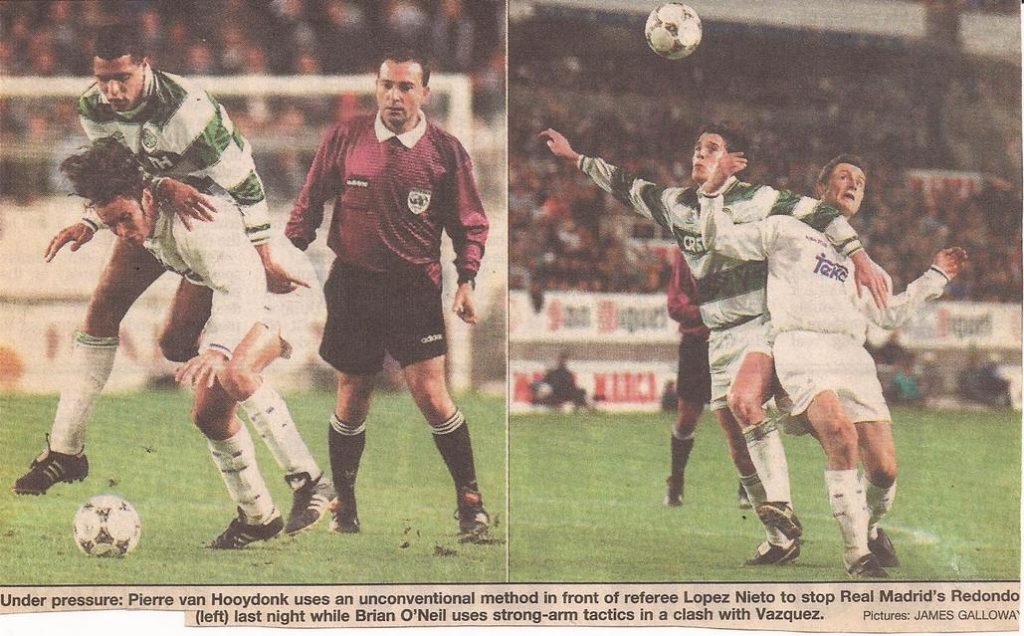 Celtic…Bonner, Boyd, McKinlay, O’Neill, Mowbray, Grant, Nicholas, McStay, Van Hooijdonk, Walker, O’Donnell.
From the press reports, there would appear to be little doubt that, even with a number of reserves in their side, Real dominated the play and gave Celtic little time or room to settle.

The match finished 2-0 in Real’s favour – the goals coming from Alfonso (18) and Butragueno (pen 24) – but the crowd provided a marvellous atmosphere and Tommy Burns was very happy that his players had experienced playing against such a top side.