You are at:Home»Latest»”You’ve got to go, you’re from the same background as me,” Lennon’s advice to Martin O’Neill when Celtic came calling

NEIL LENNON can laugh about it now but at the time it was causing him severe heart-ache. The then Leicester City midfielder was desperate for a transfer but unfortunately for him the Filbert Street bosses were in no hurry to see the back of their Irish midfield general as they sat close to the top of the Premier League.

The Hibernian boss recalled his attempts to get a move to Celtic by asking the Leicester board for a ludicrously large pay-rise only to be left flabbergasted when they agreed to his outrageous demands.

But for Lennon this was nothing to do with the money – he would have earned much more staying in England. It was about playing for Celtic.

Martin O’Neill had already left the East Midlands club for Glasgow and he had vowed to take Lenny with him, but things initially didn’t go according to plan. 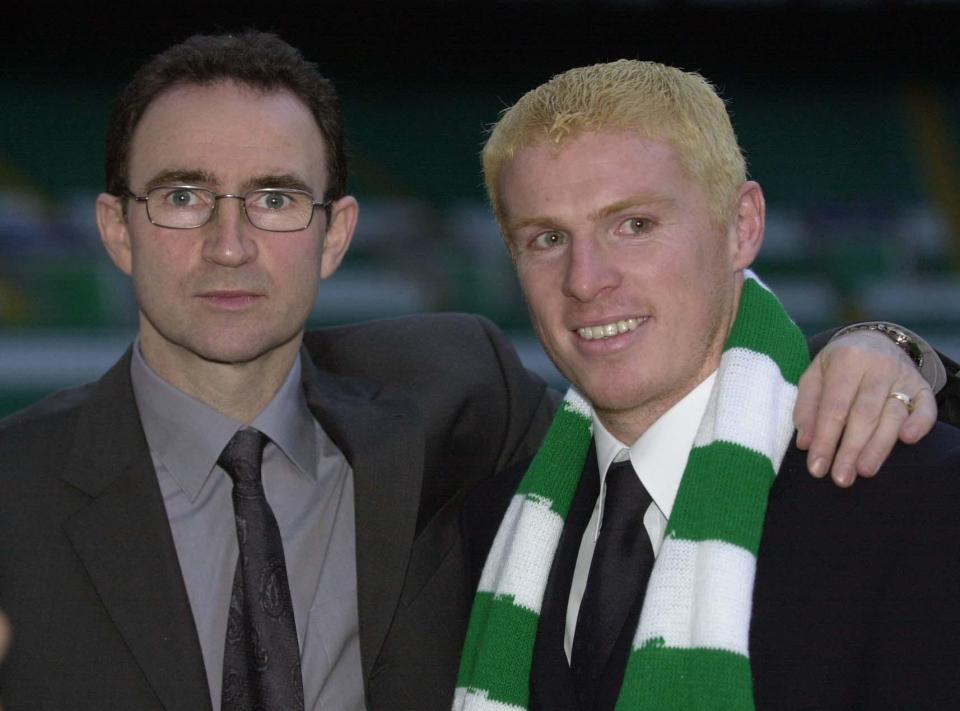 It was the summer of 2000, Celtic were pumping the current Champions Rangers by an emphatic 6-2 and Neil Lennon cut a frustrated figure having been denied his dream move.

The new Celtic manager had made several attempts to be re-united with his fellow Irishman in the east end of Glasgow but each bid was rejected emphatically by Leicester City.

If O’Neill wanted to sign Lennon that he’d have to meet the Filbert Street club’s hue asking price of £8million.

Yet Celtic did sign Neil Lennon that season and now the Celtic legend has told the story of how his move eventually came about.

In his interview with Paul Dykes on A Celtic State of Mind, The Celtic Star Podcast, Lennon describes how he got his move and the remarkable efforts that Martin O’Neill went to to make the transfer happen.

And he described what happened at Leicester City when MON decided that he would be leaving to manage Celtic.

“I thought he was going to go to Leeds at one stage,” Lennon said when talking about his former boss.

“After David O’Leary had left, he was at the top of his game and Leeds were one of the big clubs and they had made waves for him.

“But he pulled me in in the summer of 2000 and said ‘look Lenny, I’ve been approached by Celtic’. He said, ‘what do you think?’
“I said ‘you’ve got to go, you’re from the same background as me’. 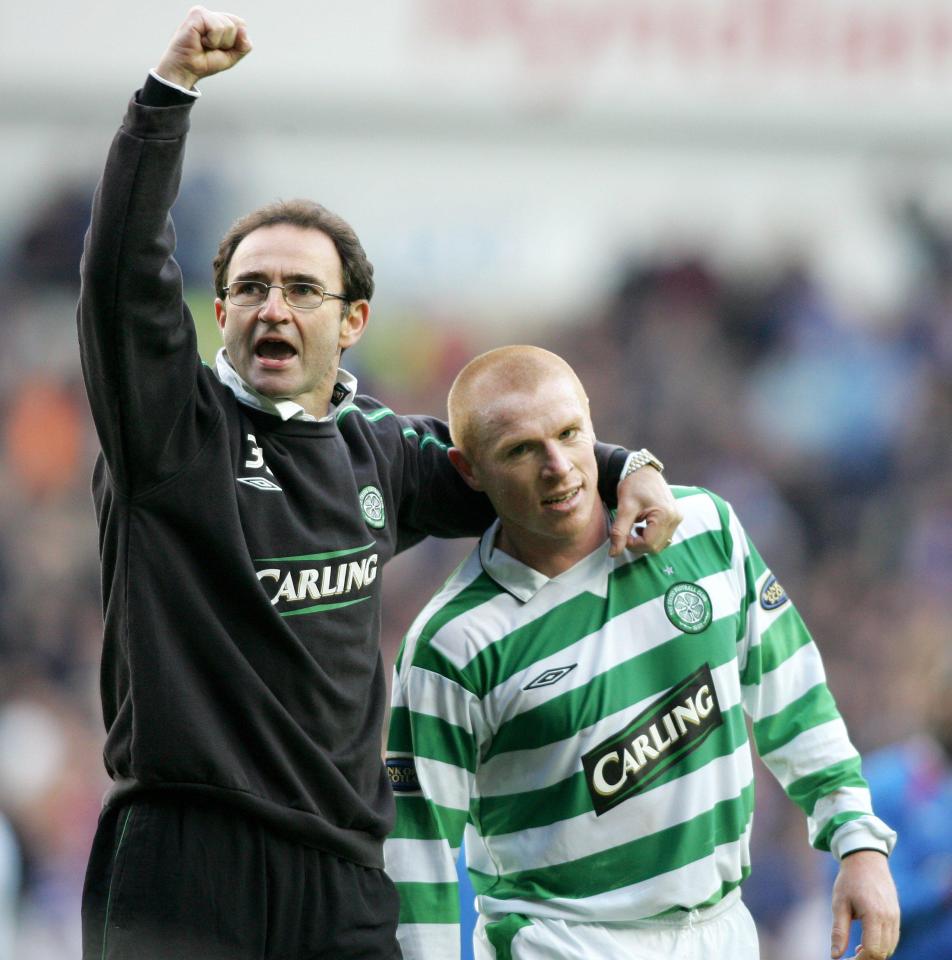 “So that’s how it started. Leicester were very vigilant in not letting me go. The funny thing was, I said to the agent at the time, I really want to go.

“So Celtic offered round about £5m at the time, Leicester wanted £8m.

“So Leicester called my agent and I said to my agent, ‘just go in there and ask for stupid money, a stupid contract and once they turn it down then I can hand a transfer request in to go.’
“And then my agent went in and two hours later he came out and said- ‘they’ve agreed to everything!’

“That backfired! So in the end, a mega-contract, I must be the only person in the world unhappy to f****** sign it!”

Even though Lenny signed this new contract, it only delayed the inevitable and Leicester knew that they still had an extremely unhappy footballer on their hands.

His time at Filbert Street had to come to an end and the Directors knew it.

Martin O’Neill increased his offer to £6m a few months later and the bid was accepted. At 29, Neil Lennon was going to live the dream and sign for his boyhood heroes. Lennon picks up the story in his chat with the podcast.

“Anyway, things took a turn later on, Celtic got off to a good start, Chris Sutton, Joos Valgaeren, Alan Thompson came in, they had that great run at the start, beating Rangers 6-2 and then they lost at Ibrox heavily 5-1. 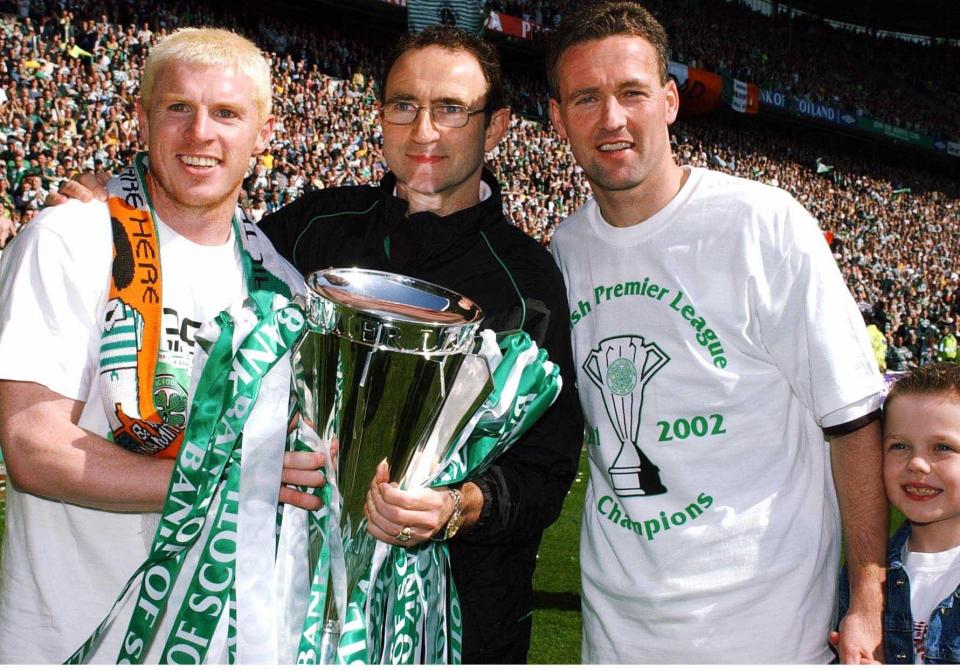 “Paul Lambert had broken his shin so Martin made it clear, and I made it clear to Leicester that I was unhappy and I wanted to go.

“We were actually sitting third in the Premier League at the time. But I just thought I couldn’t miss that opportunity.

“I was 29 and I would have regretted it the rest of my life if I hadn’t made it happen and thankfully it did.

“And the other thing was Martin was there and I had great success under him previously so in the end, round about December, it came to fruition.”

And the rest, as they say, is history…

Previous Article‘Strachan told me I’d have to catch him first, the wee man could still leg it,’ Caitriona Thomas
Next Article The potency of Celtic’s wide bhoys, thirty three goals and counting