You are at:Home»Latest»Celtic in the Strachan Era – Summer Transfer Window, 2005

There was little excitement in the ranks when news of Gordon Strachan’s first signing as Celtic manager came through. Guinean left-back Mo Camara had spent five years in English football with Wolverhampton Wanderers then Burnley, joining Celtic on a ‘Bosman’ transfer on 22 June 2005, just three days short of his 30th birthday.

He had apparently been on Martin O’Neill’s radar before the Irishman’s personal situation altered his immediate focus with both Ipswich Town and his current side Burnley keen to tie him up at the season’s end. It was still fairly uninspiring stuff from a Celtic supporter’s perspective but the player himself was overwhelmed. 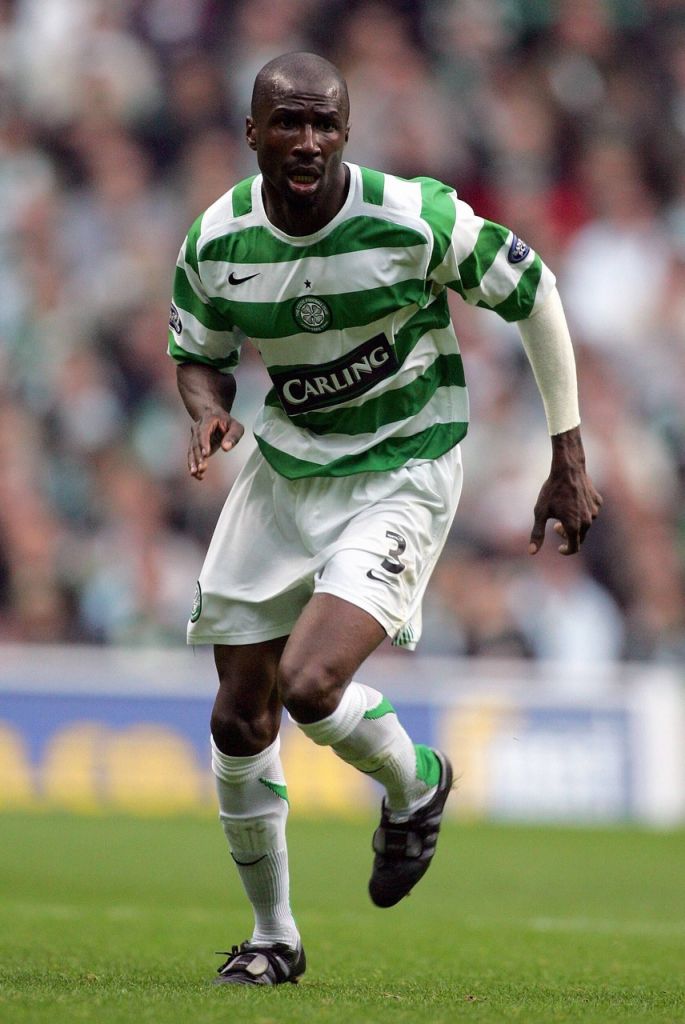 “Celtic is an absolutely massive club for me. I know I am not from a big club and I am not a big-name player and that’s why I’m desperate for the season to start, so fans can see I deserve this shot.

“When I heard about Celtic’s interest, I was willing to wait for a long time because coming here is like a dream come true. My life is unbelievable at the moment. I just want to come in now and prove myself and fight for my place,” Mo Camara

The Celtic boss also spoke passionately and positively about his new recruit. 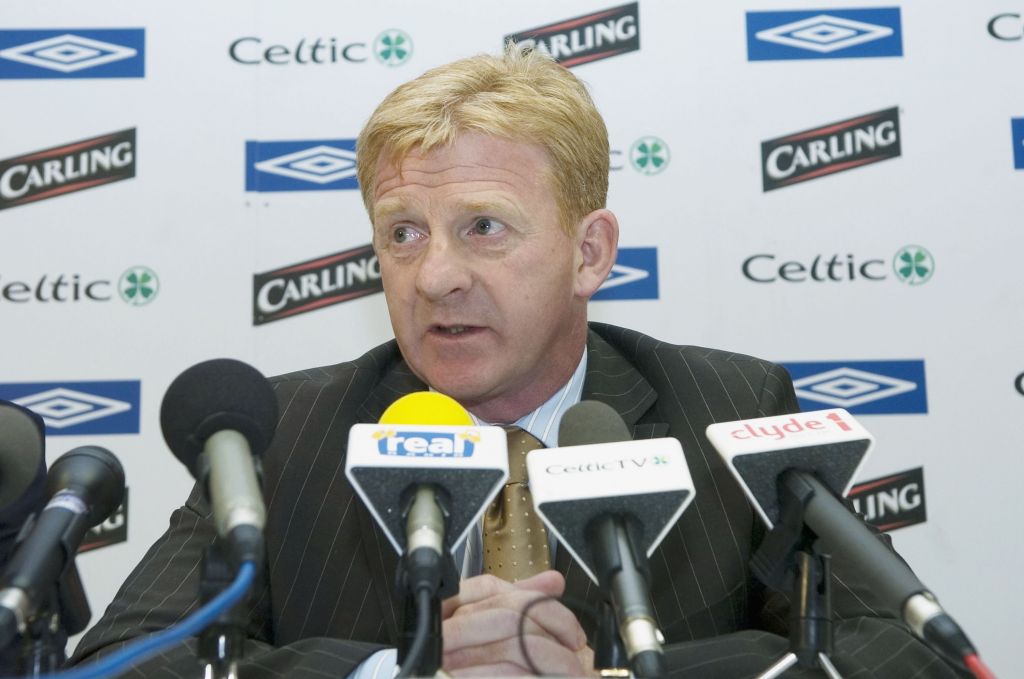 “He’s got pace, he’s got enthusiasm and he’s got experience now. If we can sign someone of this quality on a Bosman, we have to take it,” Gordon Strachan

There was a second new face at Parkhead the following week, as Jeremie Aliadiere joined the Hoops on a season-long loan from Arsenal. A graduate of the renowned Clairefontaine academy, there were high hopes for the young French striker in London as a future replacement for countryman Thierry Henry or Dennis Bergkamp. Aliadiere had recently signed a new contract and headed to Glasgow for valuable game time, an exciting young talent with the potential to bring something different to Celtic. 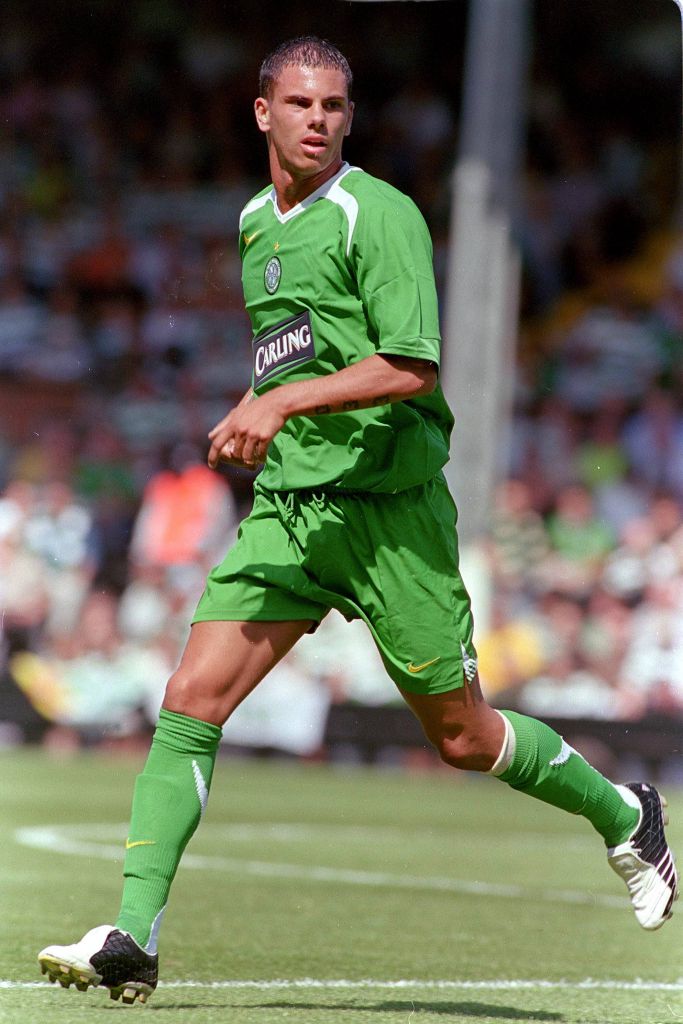 “My ambition is to score a lot of goals and play in the Champions League. I knew straight away this would be the best opportunity for me. It is a big club with big ambitions. To play in front of 60,000 people is really exciting and is a big factor,” Jeremie Aliadiere

His new manager Gordon Strachan was equally excited at the move.

“If the fans are screaming for him to stay and he has scored lots of goals, I would love it. I’m not disappointed I have got him for just a year. It makes me happy because it is a bonus.

“It just was not possible to have him for longer. A lot of people in England would have liked him for a year so I can’t be too greedy. When I spoke to Arsene Wenger, he told me he has a future at Arsenal, they just want him to prepare for that future with us.

“At the moment, probably the world’s top striker, Thierry Henry, is keeping him out of the team and Bergkamp has been a genius for the last ten years. So, it has been hard for him. He needs now to play first-team games.

“He is at an age now where reserve team football is no good to him. He needs to find out how good he can be,” Gordon Strachan 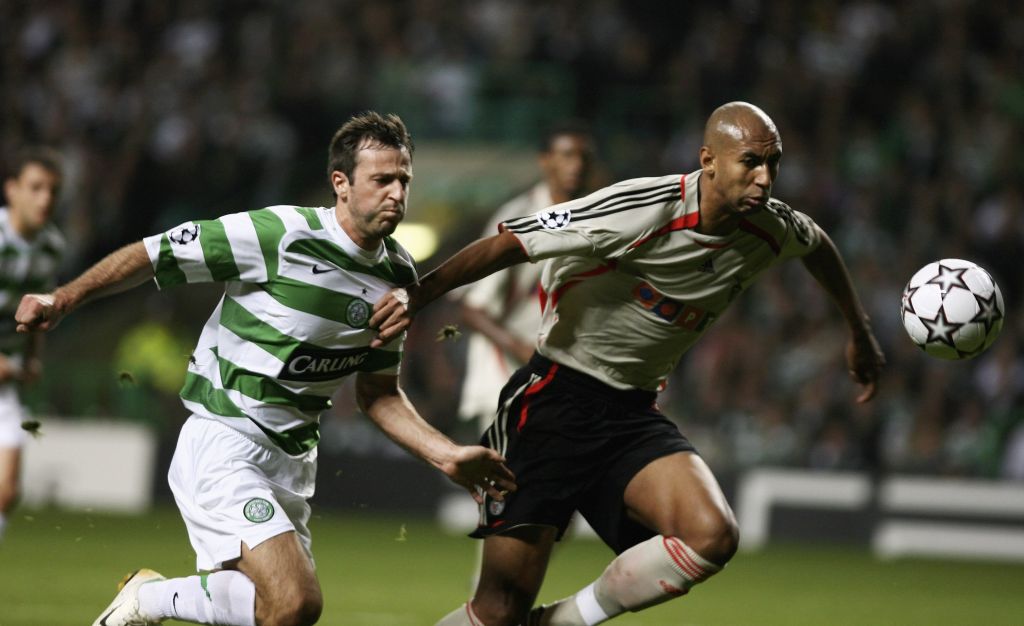 Maciej Zurawski of Celtic is held back by Luisao of Benfica during the UEFA Champions League match between Celtic and Benfica at Celtic Park October 17, 2006 in Glasgow, Scotland (Photo by Jeff J Mitchell/Getty Images)

The manager’s third move into the market was also met with general approval, as Polish international captain Maciej Zurawski joined the Hoops from champions Wisla Krakow for £2.2m on 7 July 2005. The 28-year-old striker had fired Wisla to four domestic titles in five seasons, notching over a century of League goals in the process. He was also in fine scoring form for the national team as they sought qualification for the 2006 World Cup Finals in Germany, netting in Poland’s wins in Belfast and Cardiff plus the 2-1 defeat by England in Chorzow.

He would go on to score the winning goals in return fixtures with the Welsh, the Irish and Austria, a seventh goal in Baku making ‘Magic’ the top marksman in the qualifying group, as Poland finished just a point behind England to make the finals. The significance of Zurawski’s signing was then emphasised with his allocation of Celtic’s revered number seven squad number. 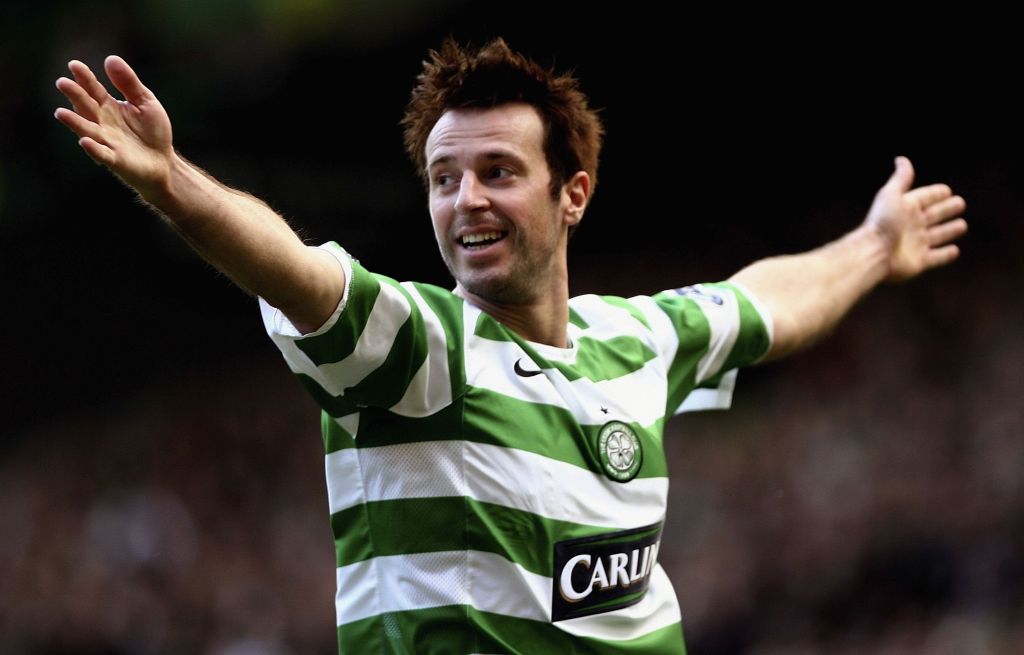 The deal had required some effort and patience to proceed, with the proposed payment structure at the crux of the issue between the clubs. Peter Lawwell eventually travelled to Krakow to finalise the agreement, the Celtic chief executive later commenting;

“Although the process took a little longer than we had hoped, we had to ensure that this was the right deal for the club. We are delighted now to have concluded Maciej’s signing and welcome him to Celtic Park. Having secured Mo Camara, Jeremie Aladiere and Zurawski, we are hoping to make a few more additions to Gordon’s squad over the coming weeks,” Peter Lawwell 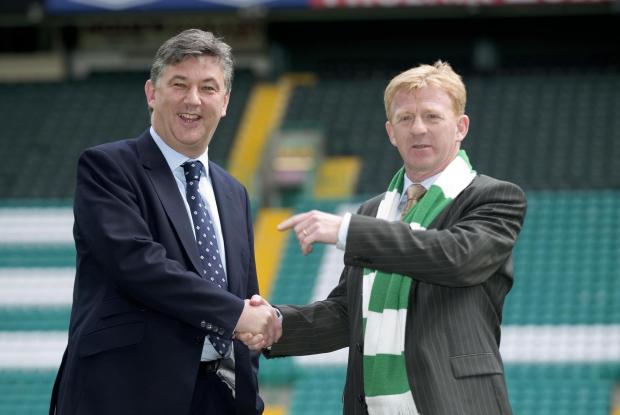 Strachan himself was – if you pardon the pun – short and to the point.

“We are delighted Maciej has signed. His goalscoring record is exceptional,” Gordon Strachan 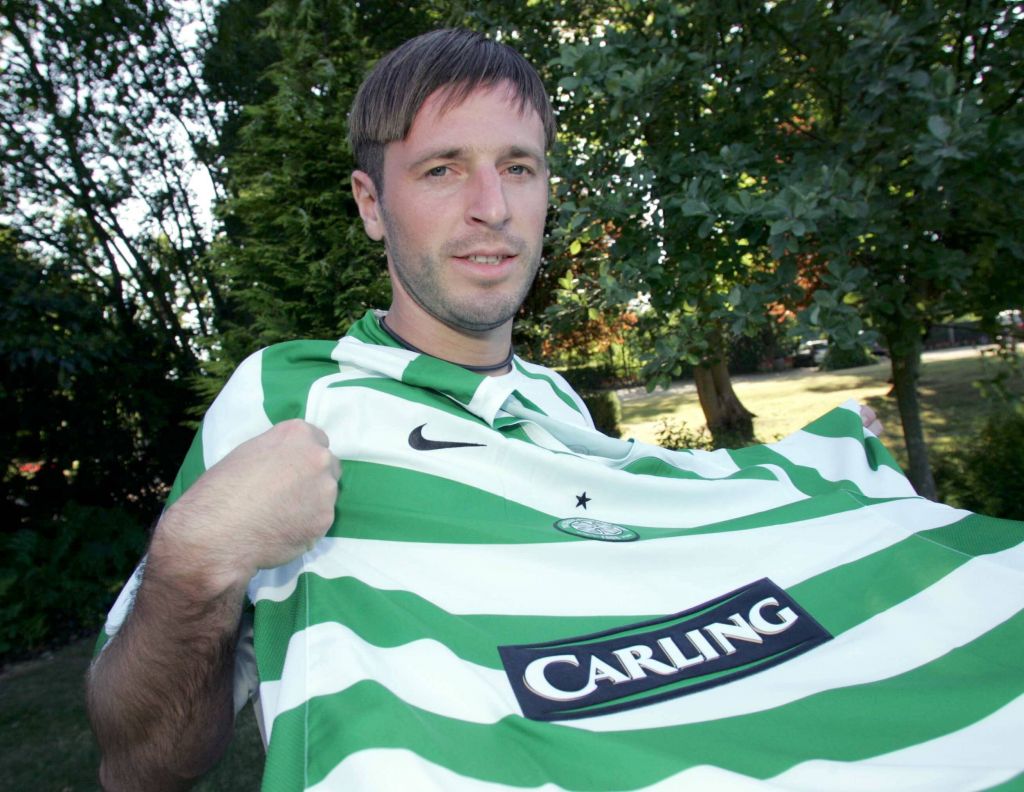 “I am very happy to sign for a club of Celtic’s stature. It has a great history and wonderful fans,” Maciej Zurawski

Poland was again the destination for Celtic’s next addition, this time the capital city Warsaw. Having failed to sign the Finnish international goalkeeper Antii Niemi, who had been outstanding in Scottish football with Hearts and was currently starring for the manager’s old club Southampton, Gordon Strachan secured a year-long loan deal, with an option to extend, for Poland’s back-up keeper Artur Boruc of Legia Warsaw, to challenge David Marshall for the gloves at Parkhead. On 13 July 2005, the ‘Holy Goalie’ arrived in Glasgow to start a love affair with the Celtic support which exists to this day. 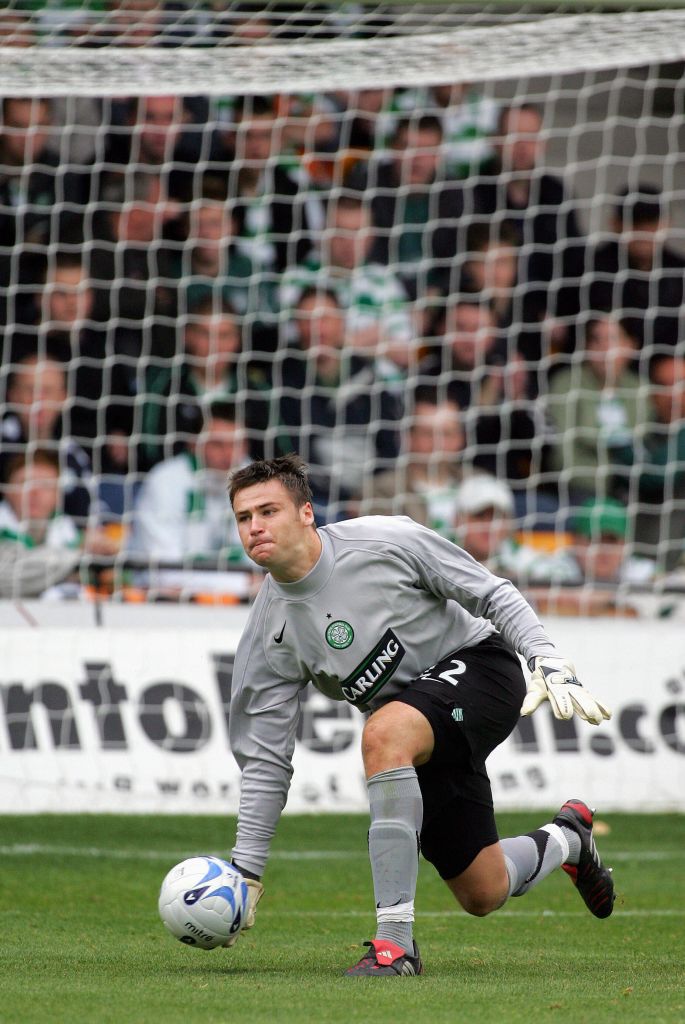 Boruc was quite clear in his objectives, despite his rival’s recent Champions League success in Istanbul.

“I want to be number one with Celtic and Poland and win myself a longer contract here. If I play well over here, then Jerzy Dudek will have a little problem in Liverpool.

“This is a big club, a great club and maybe we are going to be in the Champions League. I remember seeing one Celtic game on television – in Seville against Porto – and the one thing I remember was that there were so many supporters,” Artur Boruc

He also acknowledged the presence of his international skipper as a positive factor in his decision to move to Glasgow, having had offers to go to Turkey with Trabzonspor, or to London and Crystal Palace. 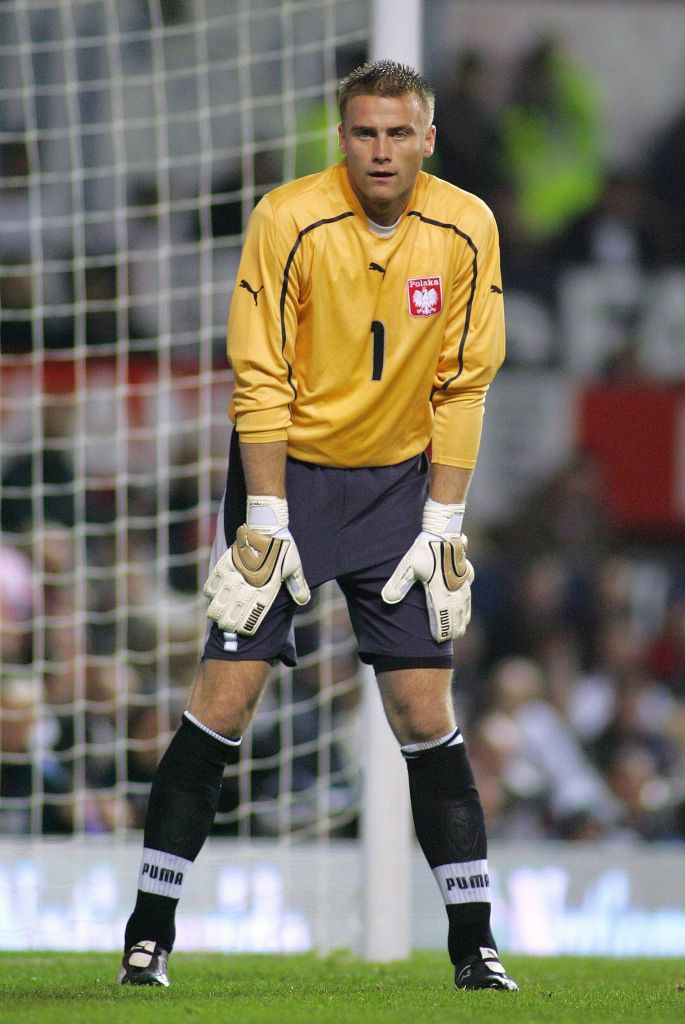 “For me, the acclimatisation should be a bit easier at a new club because I can speak English a bit. But I will have a Polish colleague too, which is very important.”

Life would never be quite the same for the eccentric Artur or for Celtic. We just hadn’t realised it yet.