You are at:Home»Latest»Parkhead Stadium Station: The Hidden History Of Celtic’s Football Specials

Parkhead Railway station was opened by the Caledonian Railway company on 1 February 1897.

After much research and anecdotal evidence, it was clarified beyond doubt that the station was situated in a cutting overlooked by what is now called Whitby Street, but which was originally known as Winston Street in honour of Winston Churchill, who had married a niece of Lord Newlands. In fact, Lord Newlands was the landowner at the new Celtic Park site, which the club moved to in 1892. The club can, therefore, thank him for providing a more viable option at a time when the original Celtic Park was becoming impossible to afford due to the ridiculous upsurge in rental demands. Newlands was something of an unlikely saviour for Celtic, as he had been an active Unionist politician, who had worked as Foreign Secretary and Private Secretary for the Prime Minister. He was an enthusiastic establishment figure, who was President of the Lanarkshire Territorial Forces Association and even went on to become the Grand Master Mason of Scotland in 1899 until 1903. 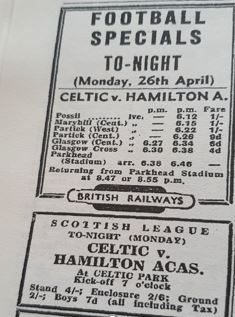 By 1904, in recognition of the railway station’s proximity to Celtic Park, it was widely known as “Parkhead for Celtic Park,” and was occasionally referred to as such in rail timetables. A junior football club named Parkhead Railway FC was formed in 1924 and were referred to as Parkhead Stadium by some, until their disbandment in 1926. The train station itself was then officially renamed Parkhead Stadium by the British Railway Board on 3 March 1952. 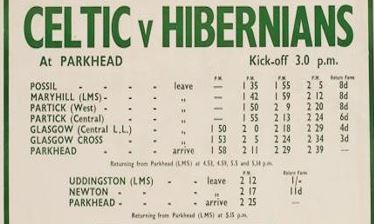 During the research for this article there was a multitude of confusion surrounding a station named Parkhead South. Some incorrectly claim that it was located a few hundred yards from Parkhead Stadium station. However, on further inspection, and with the help of Scottish Railway archivists, it became apparent that Parkhead South and Parkhead Stadium were the exact same stations. Parkhead South was merely an unofficial name that some people used to refer to the station, prior to 1952, in the same way that the Parkhead Stadium nickname was used prior to its official enshrinement.

The reason that some people used Parkhead South as a nickname was because at that time, with the official name of the site simply being Parkhead, this term helped provide clarity as there was another Parkhead station situated between Carntyne and Bellgrove stations, operated by the North British Railway company’s Coatbridge Branch. The latter was officially renamed Parkhead North by British Railways on 30 June 1952.

The previous stop to the west of Parkhead Stadium Station was Bridgeton. From there, the train would enter the tunnel beneath London Road, which spanned some 1,313 yards. The line then fully emerged into daylight for a brief period at the exit of the London Road Tunnel, very close to Celtic Park. 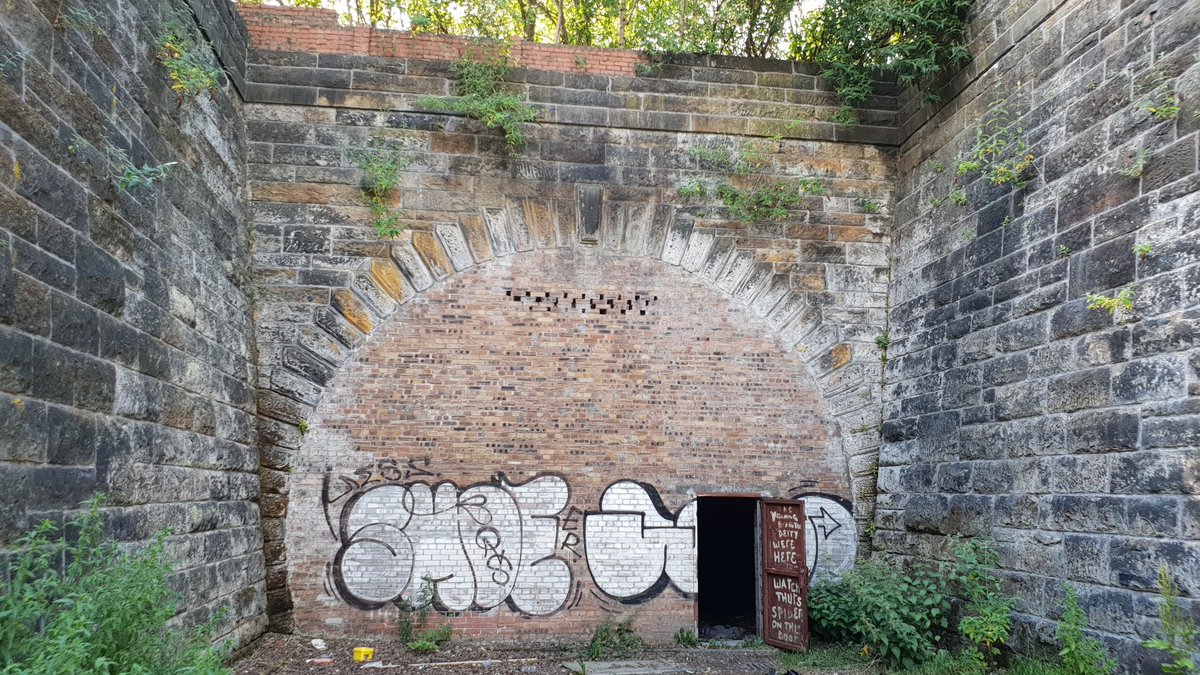 (This tunnel can still be seen behind Turnstyles pub. There is a door from which you can still enter the tunnel and walk all the way to Bridgeton. Access to the tunnel can be gained behind the Lisbon Lions Stand of Celtic Park, via Janefield Street, however it is gated, so you will need to be agile to reach it!)

Passengers did not enjoy daylight for very long as the train would quickly enter a smaller tunnel beneath Springfield Road, before entering a cutting on the other side, which led into Parkhead Stadium Station. The line then continued to Tollcross before finishing at Carmyle. Fans coming from the Carmyle/Tollcross end of the line, as opposed the Glasgow Central/Bridgeton end, would of course have a journey in daylight.

In terms of the London Road tunnel, the eastern approach cutting (Parkhead Stadium Station side) boasts near-vertical masonry walls; the portal is also in stone. The tunnel itself is 26 ft wide, brick-lined and with a flattened arch profile. The roof is being held up by steel columns coated with a fire-resistant material. There were rumours that this tunnel may be reopened as part of proposals for a second circle line on the Glasgow Underground. This was close to happening ahead of the 2014 Commonwealth Games but never materialised.

Sadly, Parkhead Stadium Station became a victim of Beeching’s Rail Reforms and was closed to passengers on 5 October 1964. It was then then filled in and landscaped in the late 1970s. It is now a large mound with trees growing on top. It remains a mystery as to whether the tracks and tunnel going beneath Springfield Road still exist beneath the earth.

Parkhead Stadium Station was located just out of shot to the left of the below picture (opposite The Oak Bar), where a collection of trees now stands. How wonderful it must have been for fans packed into the old carriages, singing songs on the way to a big game. 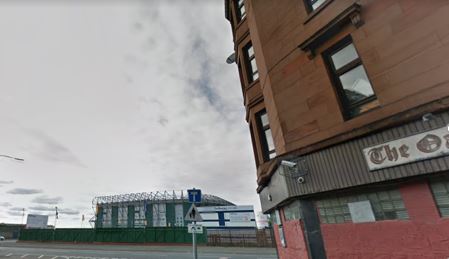 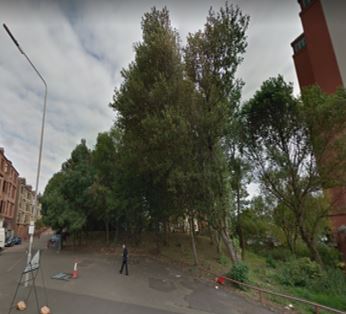 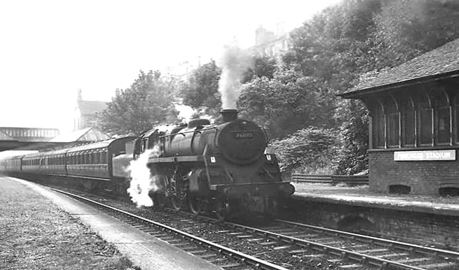 A train calls at Parkhead Stadium station in July 1961. The tenements of Whitby Street can be seen to the right. 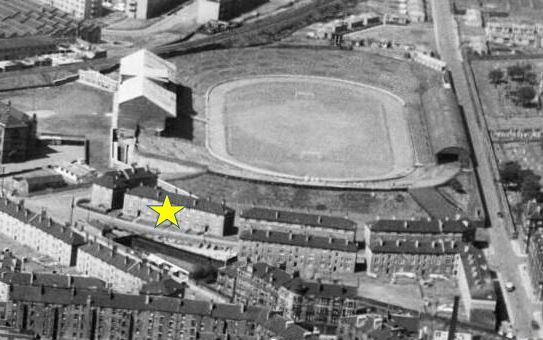 An old aerial photograph of Celtic Park. You can see the London Road tunnel behind the goal nearest goal (indicated by a star). The train tracks seen behind the far goal were part of an overground line, which crossed London Road on a bridge, which was located just past Kerrydale Street if you were to facing towards Glasgow City Centre, and led to Dalmarnock

IF ANYONE HAS ANY MEMORIES OR STORIES FROM TRAVELLING ON THE TRAINS TO CELTIC MATCHES, PLEASE CONTACT ME ON TWITTER: @CFCLIAMK96

Previous ArticleCeltic v Sparta Prague – “It was really important for me to talk to myself,” Boxer Bain
Next Article Video: A Great European Night, 17 Years Ago Today