You are at:Home»Latest»All for VAR technology but pointless in the hands of Scottish football governance

So apparently former World Cup referee Howard Webb is coming to Scotland to laud upon us the virtues of VAR. If all goes well, as the SFA and SPFL and club representatives have a wee debate over a six-course lunch post presentation, then VAR could make its way to the Scottish top flight next season as well as the latter stages of the Cup competitions. Well, thank goodness for that then a level playing field – for the top flight anyway – at long last, right? No more honest mistakes? I’m afraid you’ll have to excuse my cynicism on this one.

Unless Howard Webb’s sales pitch and package includes and independent panel of analysts who will sit separate to those who already officiate our game, I’m far from convinced Scottish football is in for anything more than an extension of the bias and ineptitude it already evidences every weekend. 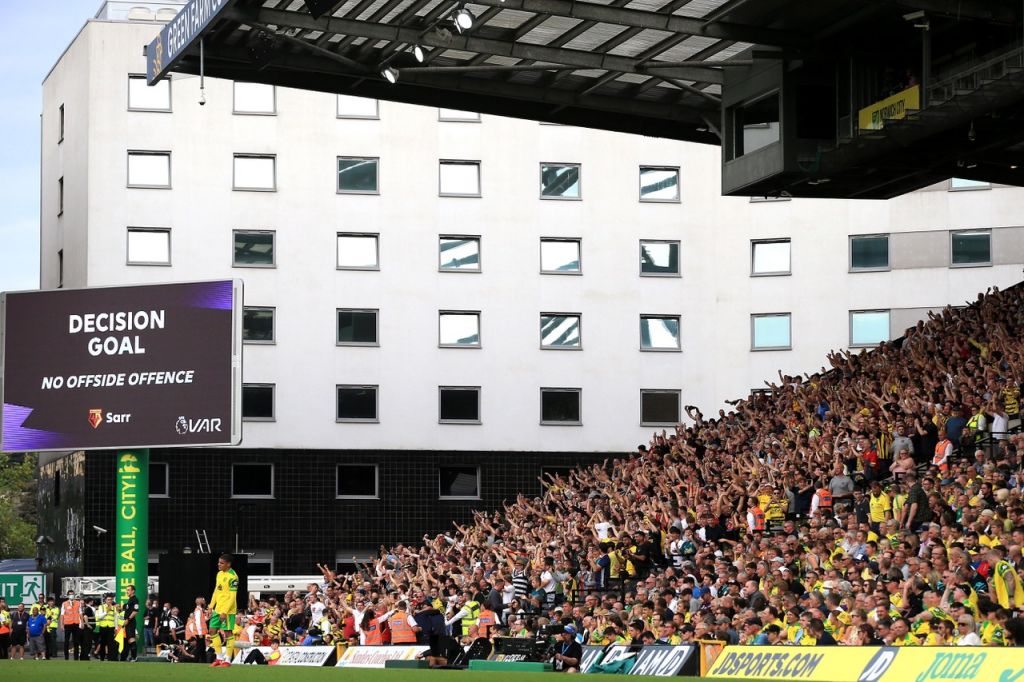 Watford fans celebrate as their third goal scored by Ismaila Sarr is given by VAR during the Premier League match between Norwich City and Watford at Carrow Road on 18 September, 2021. (Photo by Stephen Pond/Getty Images)

After all the laws and their implementation have been around for donkey’s years, have minor alterations every season that are communicated to every football association worldwide, yet our own little backwater still appears to have its own unique interpretation of them. As such I fail to see where having a few more of the SFA trained officials to pore over video footage will amount to anything more than an extra layer to their remit rather than the sudden introduction of a fair process.

Let’s take the reasons for VAR first of all as explained by Ian Maxwell, Scottish FA Chief Executive:

“The Scottish FA believes it is necessary for the evolution of our domestic game, to provide additional support to our match officials and also to maximise their potential on the domestic, European and international stages.”

Firstly, the evolution of our domestic game has already seen mic’d up assistant referees able to communicate with the matchday referee, have we seen any real improvement since then? 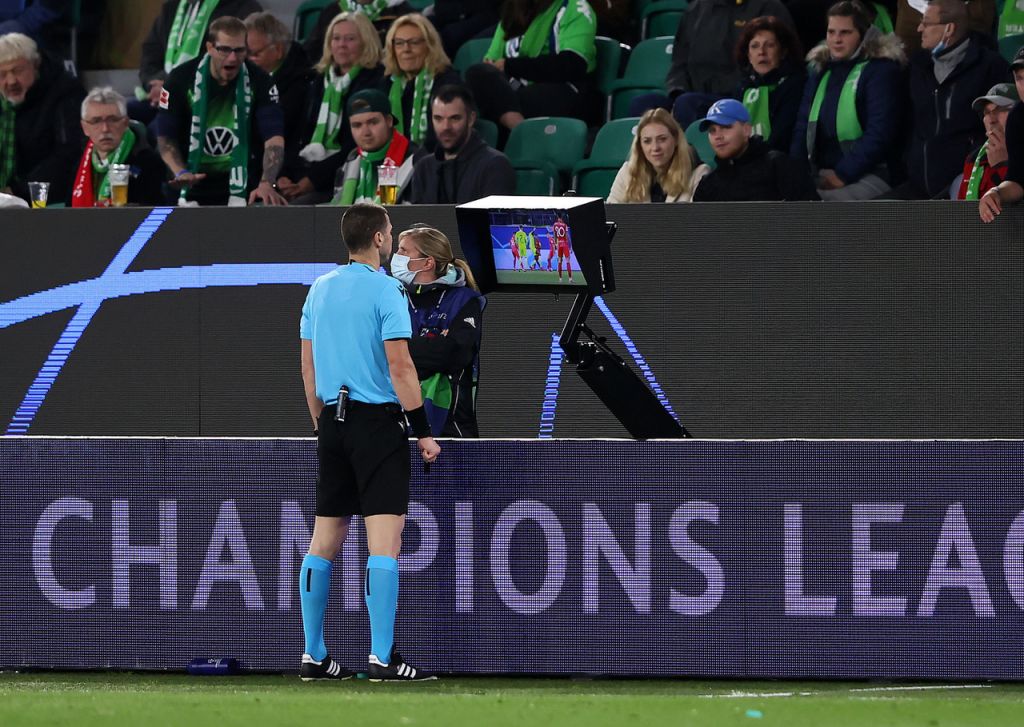 We also had fourth officials that seem little more than an extra gig for referees who would otherwise be running the line at Annan Athletic to instead be there to keep the peace between two dugouts who only really get angsty at the inconsistency of the referees’ decisions anyway, oh and work an electronic scoreboard for substitute numbers and additional time. Have they actually improved the decision-making process?

Meanwhile we also had extra gigs for extra officials behind the goals, yet Scottish Cup semi-final star jump handballs were missed, despite staring at them, denying a cup final place and a likely treble to Ronny Deila. How much of a view do you need? If you can’t interpret the laws and apply it to what occurs at the front post from three yards away what difference will a TV screen in a studio make? 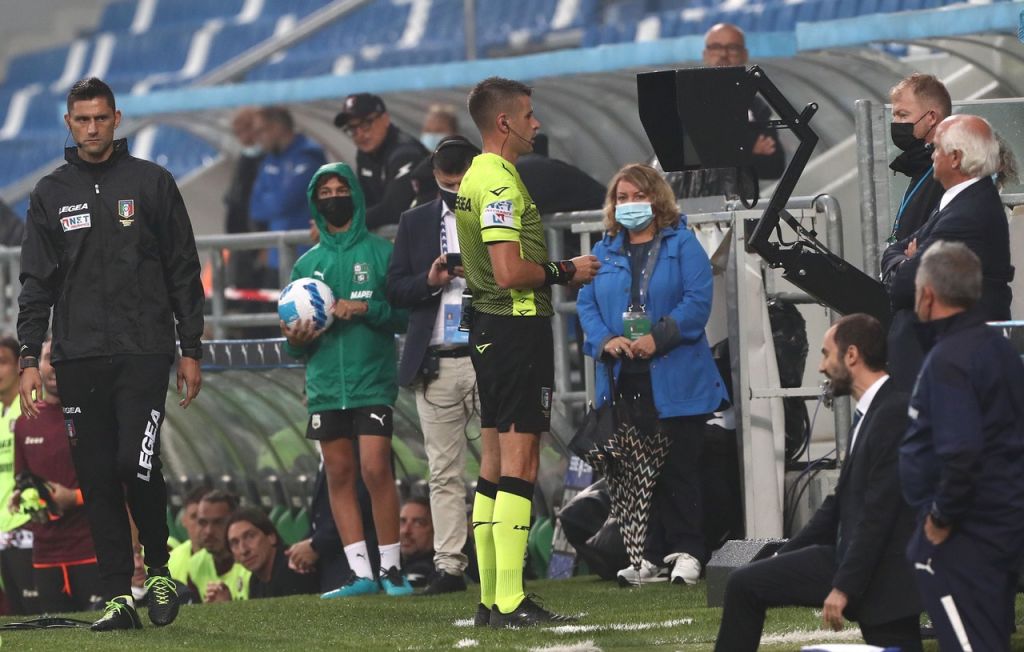 Referee Antonio Giua consult the VAR during the Serie A match between US Sassuolo and US Salernitana at Mapei Stadium – Citta’ del Tricolore on 26 September, 2021 in Reggio nell’Emilia, Italy. (Photo by Marco Luzzani/Getty Images)

And as for the ‘additional support to our match officials’ line. That’ all good and well if the officials themselves actually can evidence an understanding of the game in the first place. If you have that VAR is an excellent tool. But it’s no good when there is no accountability, no relegation and promotion of referees and no transparency by way of them explaining publicly how and why they reached the decision.

If VAR looks to review an incident and the decision goes one way or another then what if the referee upholds his original decision despite the input, but it’s clearly wrong, what happens then? Or what if the SFA employees in the Portakabin recommend a decision is overruled, the referee takes their advice but it turns out they messed it up, what happens then? Well probably much like it does now – nothing – because VAR is no use without transparency, accountability and explanation. Without a progressive governing body and public explanation VAR is just as pointless as the extra referees behind the goal suffering from the same selective vision issues that already plague the Scottish game.

It could work of course if Celtic’s custodians strapped on a pair and challenged decisions that went against the club, or more pertinently if they challenged the one’s that went for a rival. But we’ve had no appetite to do that despite a catalogue of errors before, VAR won’t change the cowardice exhibited by those who run our club. 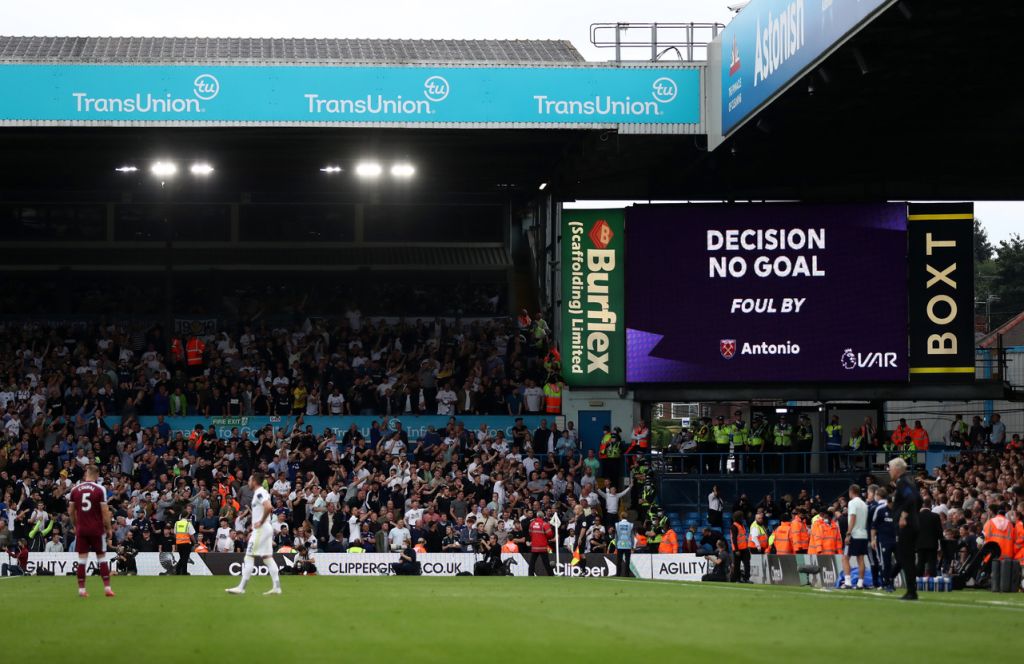 A general view inside the stadium as the LED screen displays a VAR check has been complete and a decision of ‘No Goal’ has been made during the Premier League match between Leeds United and West Ham United at Elland Road on 25 September, 2021 in Leeds, England. (Photo by George Wood/Getty Images)

It could work if the SFA collated the incidents of poor decision making and sought to rectify by way of training and or punishment for repeat offenders but that doesn’t happen now and hasn’t happened historically despite ex manager’s producing dossiers of evidence, so why would it change with the introduction of VAR?

It could work with scrutiny from an able fourth estate but sports journalism in this country appears somewhat selective in what it considers contentious issues as we’ve seen with blatant offside goals and missed red cards by referees, even in recent weeks, not being afforded public debate or in the case of Sunday evening highlight packages, remaining on the cutting room floor, particularly if they pertain to one particular club. 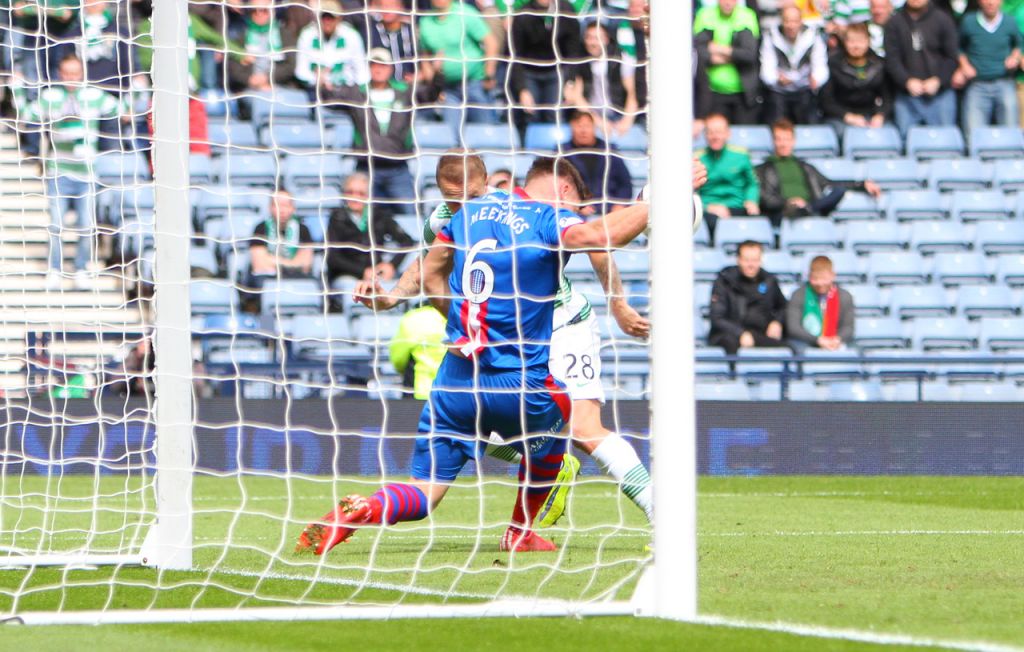 Let’s make it clear I’m all for VAR in theory but it is no use in Scottish football if the same people who have presided over a closed shop, avoided any scrutiny, and hold accountability at arm’s length are the one’s interpreting the video ‘evidence’ VAR will produce.

If Howard Webb is willing to bring in a team of officials who work independently of the bowling club skillset exhibited by the governing bodies of Scottish football, then I’m all for it, but for now VAR will simply give more jobs to the blazer’s boys and will still have its results interpreted by the same officials who get so much wrong already and face no consequences when they get it so wrong so often.

But then again, those referees can’t fully get on the gravy train at the moment, can they? Major Championships, World Cups and the Euros, the ultimate highly paid, highly exposed jolly boys’ outings and some five-star holidays for their bosses – all being missed out on because if you aren’t using VAR you aren’t invited. 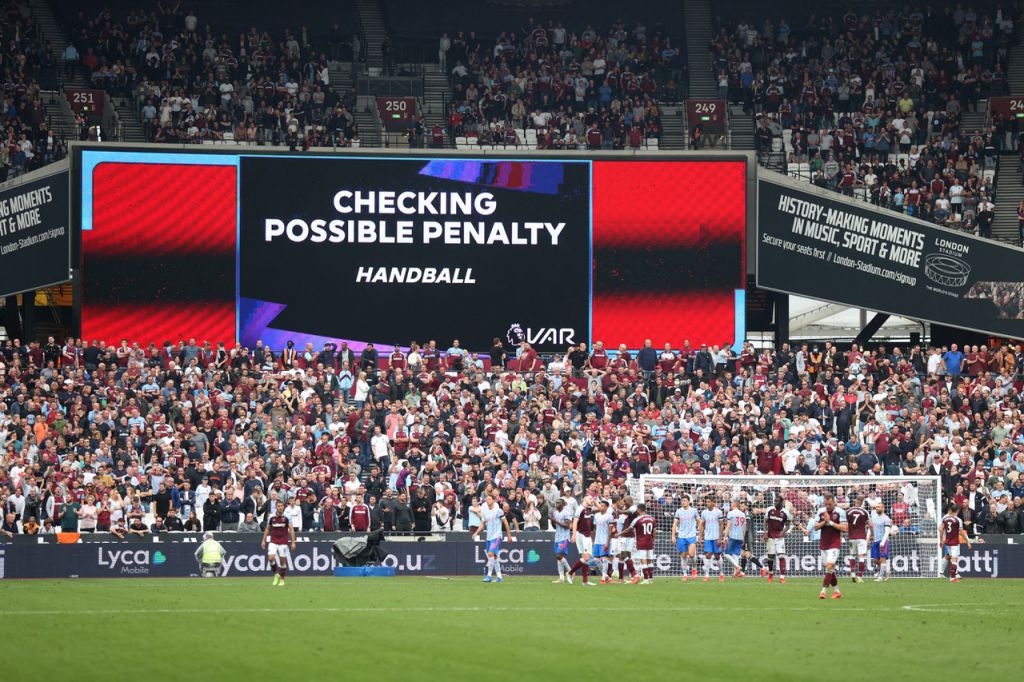 LONDON, ENGLAND – SEPTEMBER 19: A general view inside the stadium as the LED Screen displays a VAR message checking for a possible penalty during the Premier League match between West Ham United and Manchester United at London Stadium on September 19, 2021 in London, England. (Photo by Julian Finney/Getty Images)

Now a Howard Webb contract to fit VAR into Scottish football is to be debated. Ian Maxwell said it himself, he was just a little more subtle: “to provide additional support to our match officials and also to maximise their potential on the domestic, European and international stages.”

Previous Article“Take this disappointment and let it fuel you,” Ange’s anger is bad news for Aberdeen
Next Article Risk and Reward, Joe Hart on Angeball: “Yes, it is a risky way of playing football”