You are at:Home»Latest»Celtic release Statement after the ‘Brown Brogue Coup’ (BBC) fails

THE RANGERS ended up losing today’s vote at the SPFL EGM by 14 votes, an even wider margin that the 13 points that they trail Celtic at the top of the Scottish Premiership, which at this moment in time has not been called.

David Low, the chair of the Celtic Trust and a man who was there or thereabouts the day that Fergus McCann last led the Rebels to a major victory, that time over the old board at Celtic who were totally ill-equipped to tackle the challenges of the modern game.

That was the beginning of the road to where we are today and the reason why the the Rangers and their supporters (literally) at other clubs, Gardiner at Inverness was even interviewed in the local paper up there talking about his love of brown brogues, the footwear of choice for the staunch. 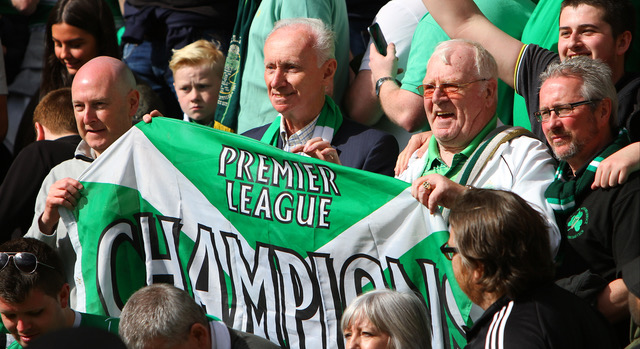 This really was a Brown Brogue Coup (BBC) and it has left Scottish football divided and with a poisonous atmosphere that is hardly conducive for the hard work and cooperation that is going to be needed if the game is to recover from the COVID-19 pandemic that threatens the very existence of the game as we know it.

Here’s how the voting went today.

Celtic have been silent throughout this controversy but this afternoon have released this statement.

#CelticFC welcomes the decisive vote by @spfl clubs to reject a lawyer-led inquiry into the processes relating to the resolution approved last month with support from the vast majority of clubs.

CELTIC Football Club welcomes the decisive vote by SPFL clubs to reject a lawyer-led inquiry into the processes relating to the resolution approved last month with support from the vast majority of clubs.

We are satisfied that there is no evidence of any wrongdoing by the board or executive and do not consider that such an inquiry is necessary.

We now appeal to all clubs to look to the future in the knowledge that the threats which exist to the fabric of Scottish football are grave and unprecedented. All of our energies should be applied to planning for the return of the game in season 2020-21 and to the financial survival of all our clubs.

This current crisis is the fault of no individual or organisation and it would be irrational to suggest otherwise. It is the duty of everyone committed to the future of our game to make the best of this awful situation, and not the worst.

We greatly regret the denigration of named individuals who have, on every occasion, acted upon decisions which were made by the board of the SPFL, representing all 42 clubs. The board and executive of the SPFL have operated under circumstances of unique difficulty in dealing with challenges of an unprecedented nature.

Although Celtic are not directly involved in issues of promotion and relegation, we have great sympathy for clubs which will end up in a lower division. While we have been supportive of temporary reconstruction, Celtic also understands the position of clubs who do not support league reconstruction at this time.

We recognise the hugely damaging effects that measures to counter the pandemic are inflicting on football clubs of all sizes across Scotland, Europe and beyond. It is the duty of everyone with the interests of football at heart to work for the greater good of securing the future of our sport.

In that spirit, Celtic will play our part in ensuring the earliest possible safe return to something approaching normality. Our highest priority is the safety of our players and supporters and we are acutely aware that Scottish football’s current difficulties represent only a tiny part of the challenges faced by society as a whole.