You are at:Home»Latest»Charlie Gallagher, 1940 -2021. “He was a superb football player and a total gentleman,” David Potter

I think I see him yet. Less than ten minutes remained of the epic and iconic Scottish Cup final of 1965 with two fine teams Celtic and Dunfermline Athletic locked at 2-2. A corner was won on the stand side of the ground as Celtic pressed towards the Mount Florida end. If you were small and stuck away at the back of the King’s Park End of the ground, you didn’t get the best of views, but I call Charlie with his distinctive run trotting across to take the corner, “A guid yin noo Charlie” said a man beside me – and it was, finding the golden head of Captain Courageous, Billy McNeill, and in that instant the bad days disappeared and the glorious vista of the next ten years unfolded in front of us. 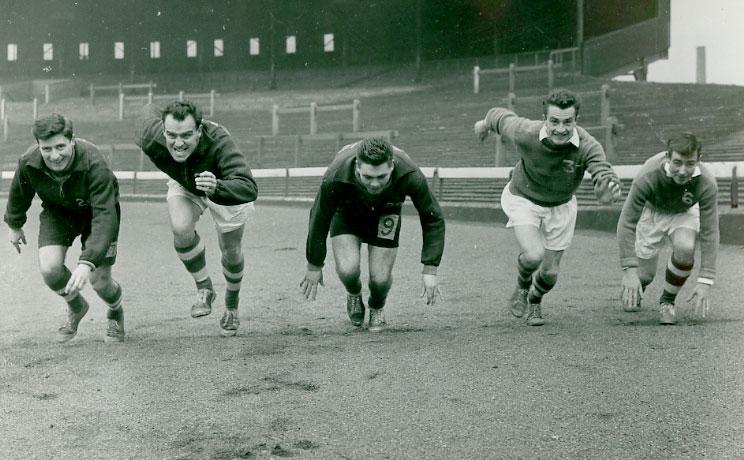 But there was a lot more to him than that. He was a superb football player and a total gentleman. His career at Celtic Park started on August 22 1959 in a Celtic team that could most charitably be described as “in transition” and were seriously pushing the patience of their supporters. The performances were poor, the leadership of the team was frankly a shambles, and yet there were some great times as well. In 1960 Willie Fernie came back from Middlesbrough and very soon he and Charlie Gallagher began to click – two fine ball players. The Scottish Cup might have been won in 1961 but for inspired goalkeeping in the Dunfermline goal and great leadership from their Manager, Jock Stein.

The next few years were not easy with Gallagher in and out of the team depending on the whims of a man with impeccable Celtic credentials but no great knowledge of football or its tactics. This was Chairman Bob Kelly who belatedly realised in 1965 that someone else needed to take over, and Jock Stein was brought back. Charlie earned his place in the Cup final team of 1965 with a fine performance in the semi-final replay against Motherwell, and he was as proud as anyone of his part in the triumph. 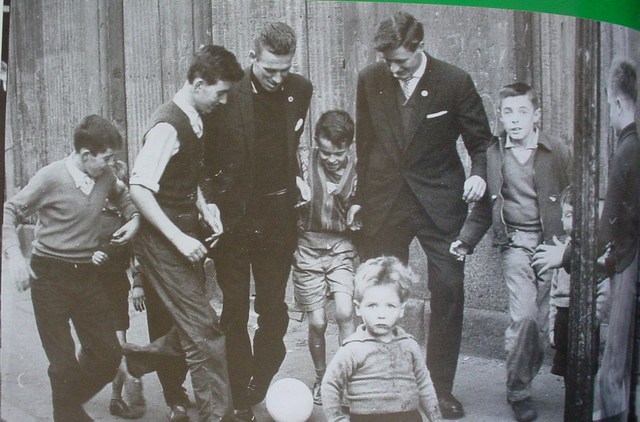 He was in the squad but not the team at Lisbon, although he had done his bit to get them there when they beat Vojvodina in the quarter final, and he and McNeill delivered a repeat performance of 1965’s Scottish Cup final. Yet he had many reasons to remember 1967 with affection, not only because he was a Celtic supporters and enjoyed the Lisbon triumph as much as anyone, but he also won his first cap for Ireland, for whom he qualified through his grandparents.

But 1968 was his best time. Bertie Auld was injured, Celtic were behind in the League race, but then came good by simply winning games and they were inspired by Charlie Gallagher particularly in a run of four away games at the difficult venues of St Johnstone, Dundee United, Hearts and Aberdeen where Gallagher was simply immense, creating opportunities, seeing moves long before anyone else did and passing the ball about superbly. 1968 was definitely Gallagher’s championship although he himself would never say that. He was far too much a team man. And he was always very modest. 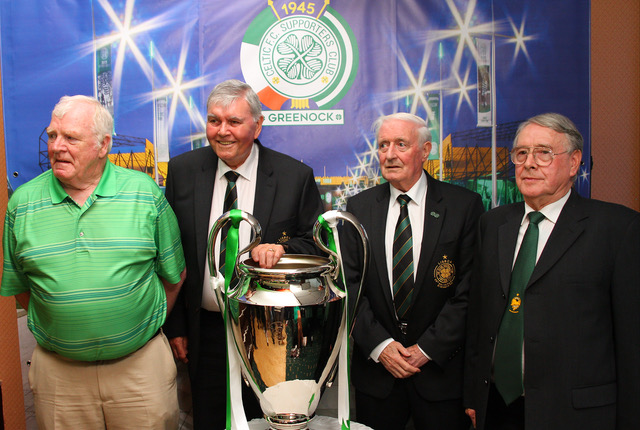 He finished his career with Dumbarton, once almost beating Celtic in a League Cup semi-final, but he remained a Celtic supporter, frequently seen at Celtic Park with his friend John Fallon and at away games and willing to attend supporters’ functions. He was a man about whom no-one really had a bad word to say. He remained happily married to Mary and reared a successful family. He is one of the best loved Celts of them all.

His attributes as a footballer were his passing ability, his turn of pace, his cannonball shot – he hit the bar in the 1965 Scottish Cup final and the ball rose for Bertie Auld to head in when it came down, and on another occasion he hit the bar at Tannadice and I’ll swear the bar shook for minutes afterwards! – and his ability to take corner kicks. We have mentioned Dunfermline and Vojvodina, and he once also scored direct from a corner kick at Morton in a Scottish Cup tie in 1964, but most of all he is recalled as a team man, a true Celtic icon who always considered himself lucky to be able to wear the green and white jersey. For us who saw him play, it was a privilege.

Charlie Nicholas shockingly fires shot at Stiliyan Petrov
Celtic fan hid in ladies toilets for two hours to watch Real Betis game
“So proud of the team. Thank you Ange for giving us our pride back, starting to really love this squad of players”
Previous ArticleOne report talks of Charlie Gallagher “ripping the defence apart and bulging the net with a terrific drive”
Next Article Video: Unique angle of Celtic’s goals against Charlton