You are at:Home»Latest»Ross County 0-0 Celtic: Half Time Reaction

Neil Lennon opted to make two changes for Celtic’s trip to Dingwall this evening. Scott Brown replaced Ismaila Soro in midfield and Tom Rogic returned to the starting lineup in place of Albian Ajeti. The latter decision meant that the Bhoys adopted a 4-2-3-1 shape, whilst three strikers were left on the bench. It is often difficult to get the balance right with Rogic, Christie and Turnbull all packed into the midfield together, and that lack of chemistry showed as the Hoops failed to register a single attempt on goal until the 20th minute.

Celtic had the majority of possession but were frustrated by County. They were unable to get any rhythm going and an injury to Greg Taylor further interrupted the team’s momentum. The Scottish left back went down in the eighth minute and had to be replaced by Diego Laxalt. 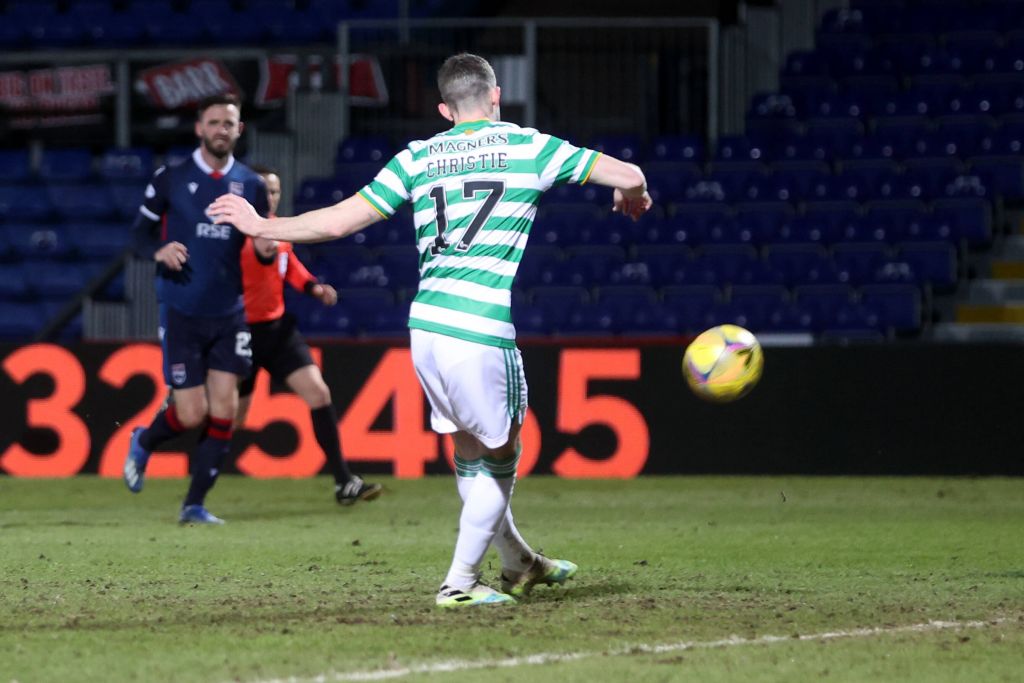 A clear cut opportunity finally presented itself when slack defending allowed Ryan Christie in on 24 minutes. The midfielder squared to Edouard, who had a simple finish from two yards but the Frenchman failed to connect as he rushed in. Celtic were almost made to pay for that miss as Spittal struck a fierce shot two minutes later. Scott Bain did incredibly well to turn that one behind for a corner.

Quite the opposite to Bain’s good work, a goalkeeping calamity by Laidlaw almost allowed Celtic in at the other end. The County stopper scuffed his clearance to Edouard and the resultant cross looked set to be converted by Turnbull until a great sliding block spared Laidlaw’s blushes.

The game’s best opportunity arrived on 35 minutes when Callum McGregor drove past his man and slipped Odsonne Edouard in behind. French Eddy rolled the ball across the box to Christie, five yards from goal, yet astonishingly his attempt went over the bar… and out of stadium!

Ross County lost their captain, Callum Morris, before the break. He appeared to have suffered a knee injury and was replaced by Keith Watson. But the Staggies saw in the break unscathed.

Celtic have only shown one real piece of quality, which almost brought them a goal. Meanwhile, a further couple of chances came as a result of Ross County’s errors. At the other end, the home side almost scored with their only notable offering in attack.

Neil Lennon will be hoping for much better after the interval.

Previous ArticleExplanation emerges for Bobby Madden missing Celtic vs Ross County at late notice
Next Article Video: Horror miss from Ryan Christie as he puts an easy tap in out of the ground vs Ross County