You are at:Home»Latest»Brown hopes Celtic stars stay for 10IAR

SCOTT BROWN has urged Neil Lennon to keep the 9IAR winning side together as the club prepare to tilt towards chasing 10-in-a-row next year. Odsonne Edouard, Callum McGregor and Kris Ajer are expected to be on the end of interest in the summer as well as Moi Elyounoussi and Fraser Forster’s loan deals expiring. However, Brown hopes that the squad can stay together ahead of a historic push for 10IAR.

Speaking to the Scottish Sun, the Celtic captain hopes to keep the squad together amid interest for Celtic’s stars.

“It would be good to keep as many players as we possibly can into next season who know what it’s like to win the trophy.

“Things can change in football. Players can move on and changes can happen. That’s part of the game.

“But it would be great if all the lads could still be here and we could go on again into next season, if it was possible.

“I don’t know what the situation is with the boys on loan. I’m not sure what happens there, but it would be great to get big Fraser back. The big man has enjoyed his time here and he’s been fantastic. 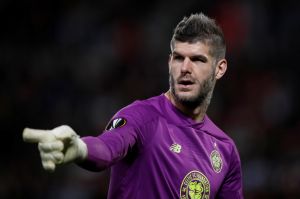 “Elyounoussi also did really well for us until his injury stopped him. He was just getting back to fitness and we were looking forward to getting him back.

“It’s hard when they are on loan in this situation. We might not see them again.

“But we have players who know what it’s like to win trophies and titles, and you want as many as them as you can in your squad.”

Lennon has already reiterated that the club don’t need to sell and that he hopes to keep his side together in order to make history. Ajer is expected to be courted by Leicester, along with McGregor, but Edouard remains one of the key players that Celtic need to go all-out to retain. 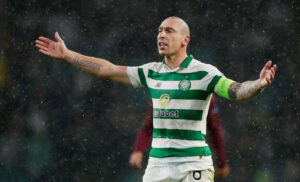 Brown’s hopes to retain key players like Forster is echoed by the Celtic support, who will hope that the stars are kept together in order to win the famous 10IAR. Celtic’s relentless team were 13 points clear and headed for another Treble when Coronavirus resulted in the Premiership being declared over.

Brown has lead Celtic to each Premiership title since the first win back in 2012, his own performances have been inspired as he continues to defy both age and the doubters.