Daizen Maeda and Japan today stunned giants – and one of the favourites for the World Cup – Germany thanks to a Takuma Asano strike in the early afternoon kick-off on ITV. It comes after Saudi Arabia shocker Lionel Messi’s Argentina in emphatic fashion yesterday with the same 2-1shock result.

This World Cup is certainly throwing up some interesting and bizarre results as far as underdogs are concerned. Argentina took the lead through a Messi penalty and scored two more goals that were adjudged to have been offside by VAR. Despite this, the South American’s lost a grip of the game and lacked the desire to see the job through. In fairness, the Saudi’s were overwhelmingly the better side and thoroughly deserved to win. 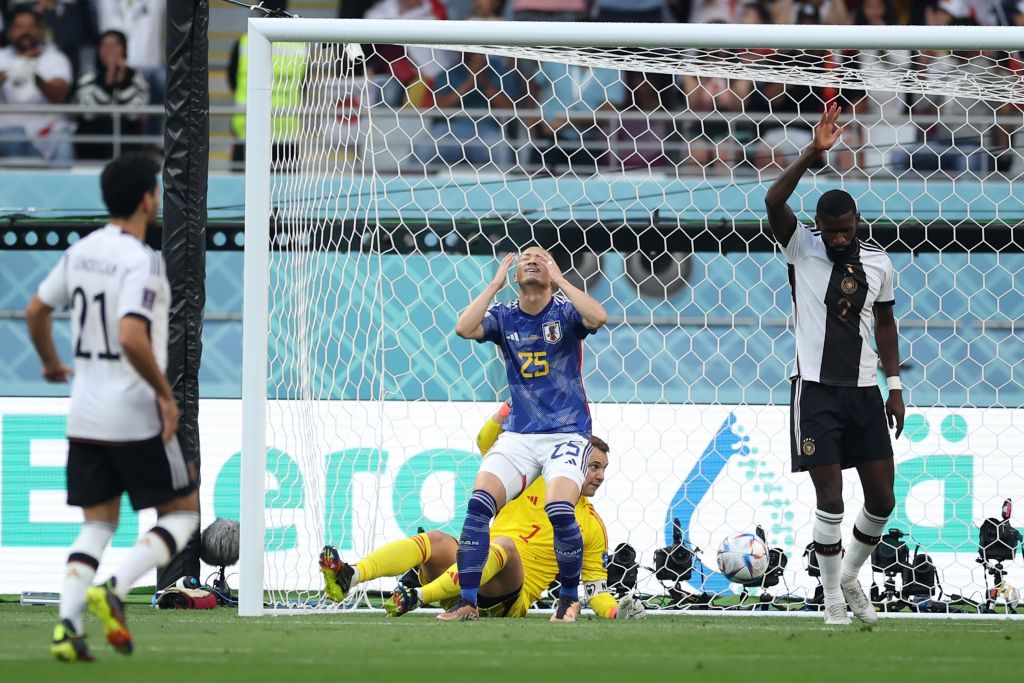 Daizen Maeda of Japan reacts after their goal was ruled offside during the FIFA World Cup Qatar 2022 Group E match between Germany and Japan at Khalifa International Stadium on November 23, 2022 in Doha, Qatar. (Photo by Alex Grimm/Getty Images)

Germany did the same today and couldn’t find the finishing touch to find that second goal. Japan’s work rate and determination saw them get back into the game, running their legs off for their country. It was enough to condemn Germany to a shock opening game defeat after the same happened in Russia 2018. Now Germany will have to overcome Luis Enrique’s Spain to have a chance of qualifying from the group.

Celtic’s Maeda was called up to the squad for Japan by Hajime Moriyasu but decided to leave out red-hot Reo Hatate and Kyogo Furuhashi. It appears now that the choice has been justified as Japan look in good shape to make the knockout stages in Qatar. Dan Orlowitz pointed to this on Twitter, having a dig at the fickle nature of footballing fans. 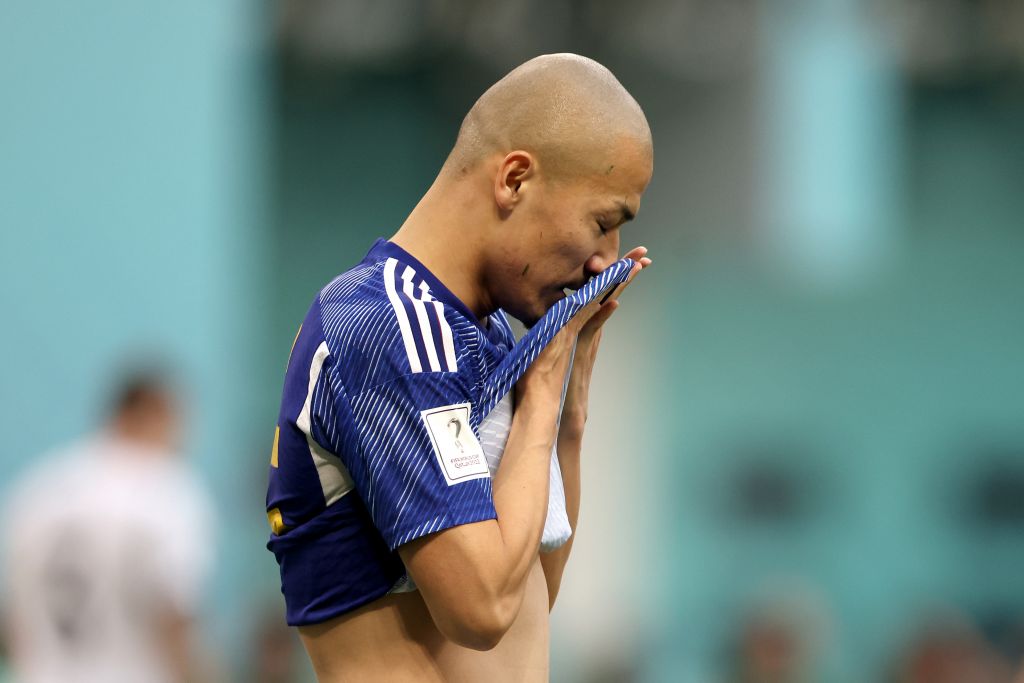 I think we are 25 minutes away from the narrative shifting from “this midfield is really talented and there’s potential there even if the front line is lacking” to “actually Moriyasu absolutely should have called up Furuhashi and Hatate.”

Daizen Maeda had the ball in the back of Germany’s net early in the match but was flagged for offside, which was the correct call. And he came close with a brilliant header later in the match. Japan merited their win but just think how good they’d have been with both Kyogo and Reo Hatate in the team! 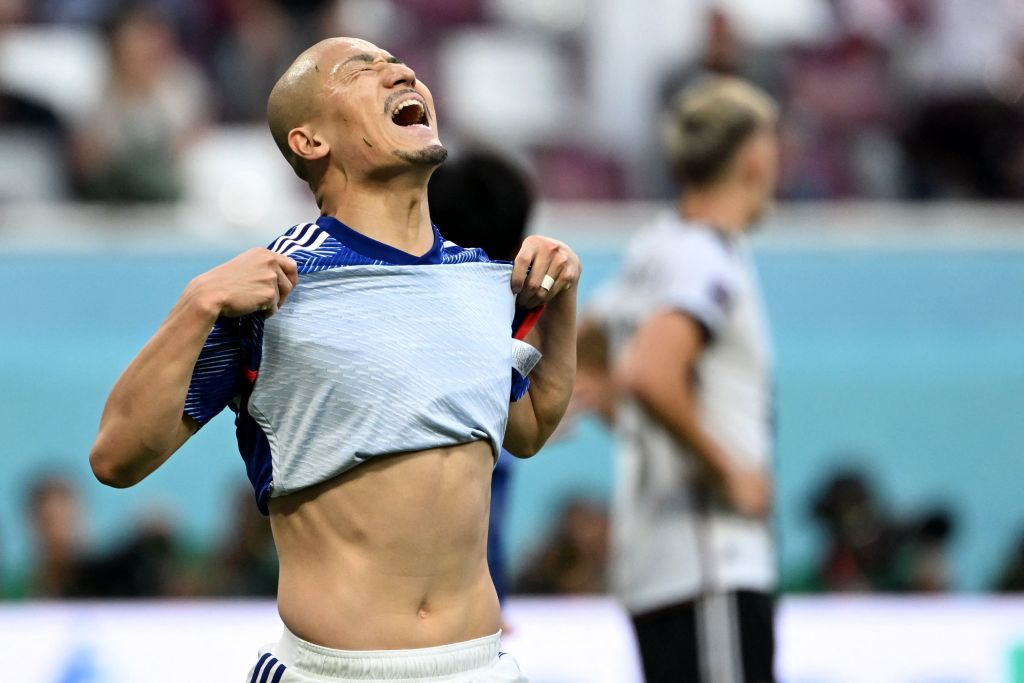 Japan’s forward #25 Daizen Maeda reacts to a missed chance during the Qatar 2022 World Cup Group E football match between Germany and Japan at the Khalifa International Stadium in Doha on November 23, 2022. (Photo by INA FASSBENDER/AFP via Getty Images)