You are at:Home»Latest»Copenhagen Star – ‘We are the underdogs. If we were to qualify it would be massive’

COPENHAGEN’S Swedish left-back Pierre Bengtsson knows all about Celtic as he idolised Henrik Larsson in his youth. And Bengtsson reckons that Celtic are clear favourites to win the exciting round of 32 tie in the Europa League but states that the Copenhagen players will be doing all that they can to pull off a shock result.

Copenhagen have just returned from their two month long winter break and lost to relegation strugglers Esbjerg on Friday night and Sweden’s current left back appreciates that their next opponents will be at a different level. We’ll see how they cope on Thursday when Celtic are the visitors in the early evening kick-off. 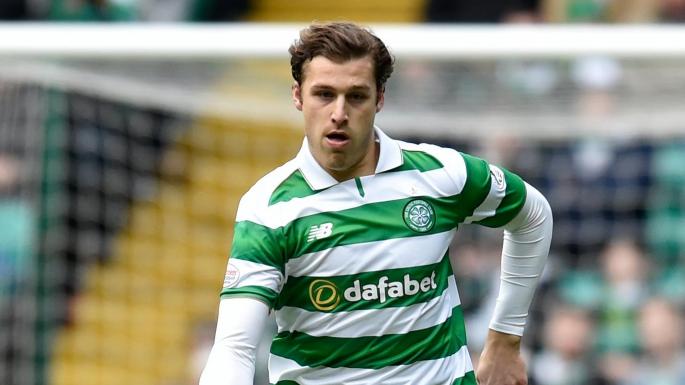 Copenhagen trail former Celtic star Erik Sviatchenko’s FC Midtjylland in the league – a side that the Rangers beat comfortably home and away, scoring seven goals in the process. That perhaps is a benchmark for both sides as they eye up their Europa League opponents.

Celtic though might not be looking to score seven ties in the tie to progress. Copenhagen score very few goals in European football but are also excellent at keeping the opposition out, so expect just one or two goals per game in this tie.

Indeed Copenhagen are likely to sit-in on Thursday in their home leg and would be perfectly happy taking a 0-0 to Glasgow in the hope of hitting Celtic on the counter and nicking a goal in Glasgow. That is how they are going to approach this tie in all likelihood.

Bengtsson gave his assessment to the Media, as reported by Glasgow Times. “The game on Friday was not the preparation we wanted for playing Celtic,” he admitted. 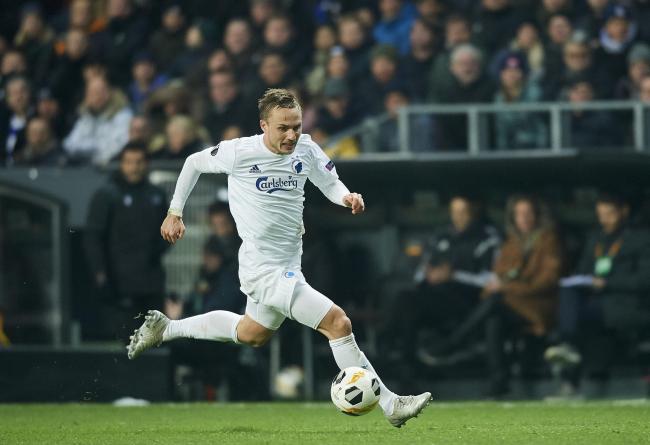 “Of course when you are in the middle of the season you have a better rhythm and we are obviously just back after our winter break. We are trying to find our feet again after a long break. I agree that the break makes it more difficult for us and Celtic certainly have an advantage because of that.

“We know the importance of the first leg. It’s definitely an advantage being at home in the second leg so that’s another bonus for Celtic. Away goals could be crucial in these games and we will be doing everything to stop them from taking an away goal back to Scotland.

“We don’t want to concede and that’s the most important thing for us on Thursday. 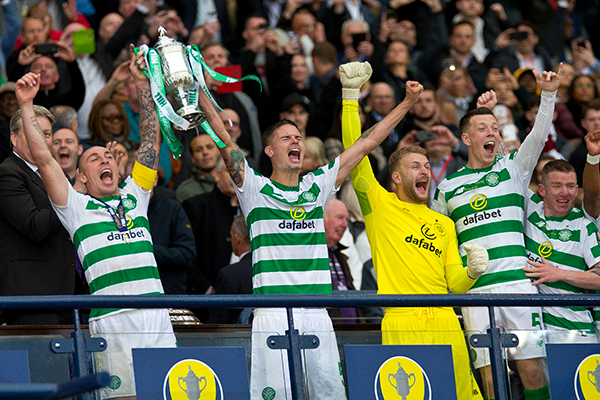 “I know Mikael Lustig played there for many years. I know all about Celtic and their traditions and of course, everyone knows how tough it will be to play at Celtic Park. They are also playing well and I accept they are strong favourites to qualify,” the Swede said.

National loyalty only goes so far, as Bengtsson is about to find out. He’s planning on giving big Lustig a call to get the lowdown on how to beat Celtic and one thing is for certain, the Celtic legend is going to tell him nothing that would be useful, he’ll probably put the feat of god into him about playing in front of 60,000 Celtic fans in Paradise.

“I will ask Mikael for advice and tips before we travel to Scotland although I’m not sure he will want to help me. But we are very strong on preparation here and the video guys at the club will make sure we know all about Celtic by the time we play them. 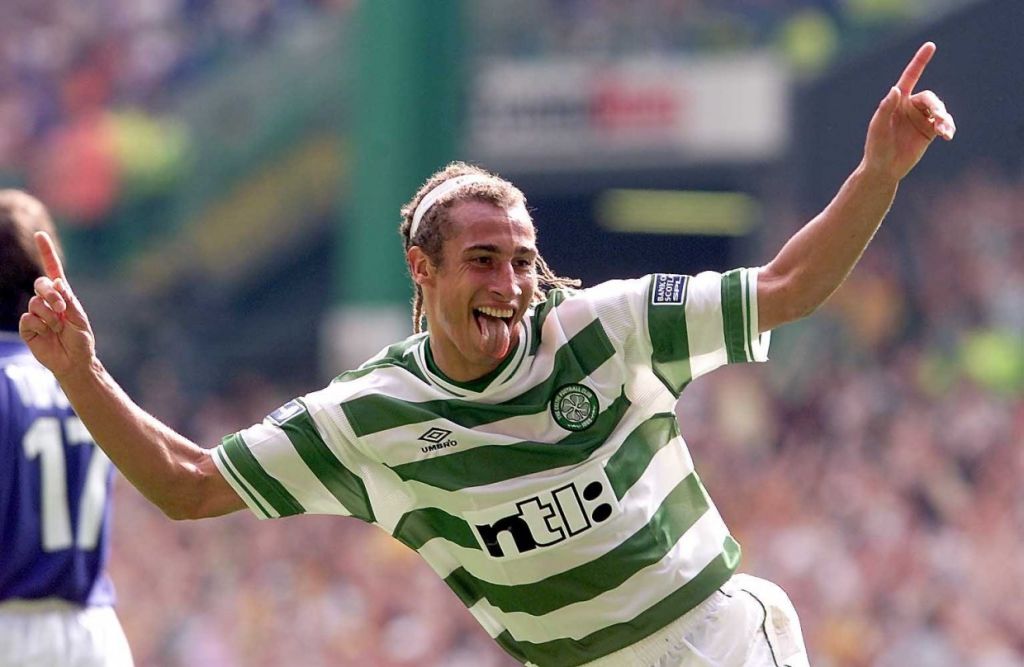 “I remember Henrik Larsson well and of course his famous tongue celebration! Every Swede knows that. When I was growing up he was the hero in Sweden for what he did at Celtic.

“Also Johan Mjallby was there for a few years too so the Swedes were a major part of Celtic’s success! I also know Filip Helander at (the) Rangers and have played with him too. He’s a good guy. Maybe I will ask him how to beat Celtic.

“I’ve never been to Celtic Park but of course I have heard all about it. I’m really looking forward to playing there at last. I’m excited to play there and it should be a nice experience.”

The Copenhagen have been eagerly awaiting this game since the draw was made in December and Thursday night’s game is no a sell-out, although there will be a few suspiciously Scottish, or maybe Irish accents in the home stands.

“We know what Celtic Park will be like, but we have sold out the Parken Stadium for the first leg too and don’t forget that our fans can make a lot of noise too and create an intimidating atmosphere. We want to give our fans a night to remember. 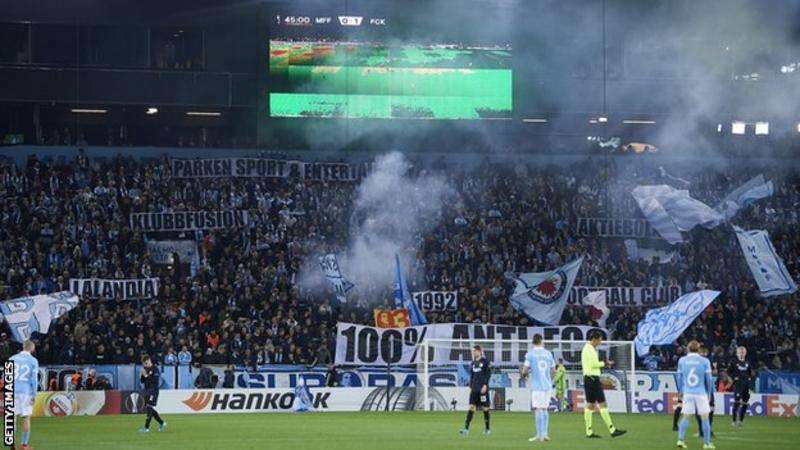 “Our fans have big expectations when we play at home in a European game because we have a strong and proud history of big results at the Parken in Europe against big teams. Certainly, we are strong at home and our fans will expect us to put on a big performance against Celtic.

“We have a big belief we can win the game. For a club like ours, to go as far as we can in the Europa League is great and anything past this stage is a bonus.

“Celtic are the favourites for this tie to qualify and we are the underdogs. If we were to qualify it would be massive for us.”

Previous Article‘I got a fright,’ says Frimpong, ‘I’ve looked back at it and his legs were up’
Next Article Through the wind, through the rain – Be proud of this great travelling Celtic support