You are at:Home»Latest»“It’s amazing,” Jota on his “Unbelievable” Moment at Celtic Park

Jota got his first goal for Celtic on Thursday night and certainly seemed to enjoy the moment with the smaller than usual crowd inside Celtic Park for the League Cup Quarter Final tie against Championship side Raith Rovers, which Celtic won 3-0, with the other goals coming from Liel Abada and David Turnbull.

“It was an unbelievable feeling to score. I was really hoping for this to happen and fortunately it did for me on Thursday,” Jota told the mainstream media as reported by Scottish Sun. “I’m really happy. The lads have been helping me a lot, and now I’m looking forward to doing more. I’ve been here for two or three weeks and the process has been amazing. They are so welcoming,” the Celtic winger noted. Here are the three goals on Celtic TV’s Unique Angle…

“Game by game we are learning with each other. There are plenty of new players, we just need to fit in, trust the process and deliver game after game — and I think we’re doing that.”

Looking ahead to the League Cup semi-final against the current holders St Johnstone at Hampden on 20 or 21 November the Portuguese winger said: “We’re not thinking about that right now. We have a game on Sunday, so we will just try to recover in these next two or three days and then think about that game.Then it will be the Europa League, so it’s step by step. 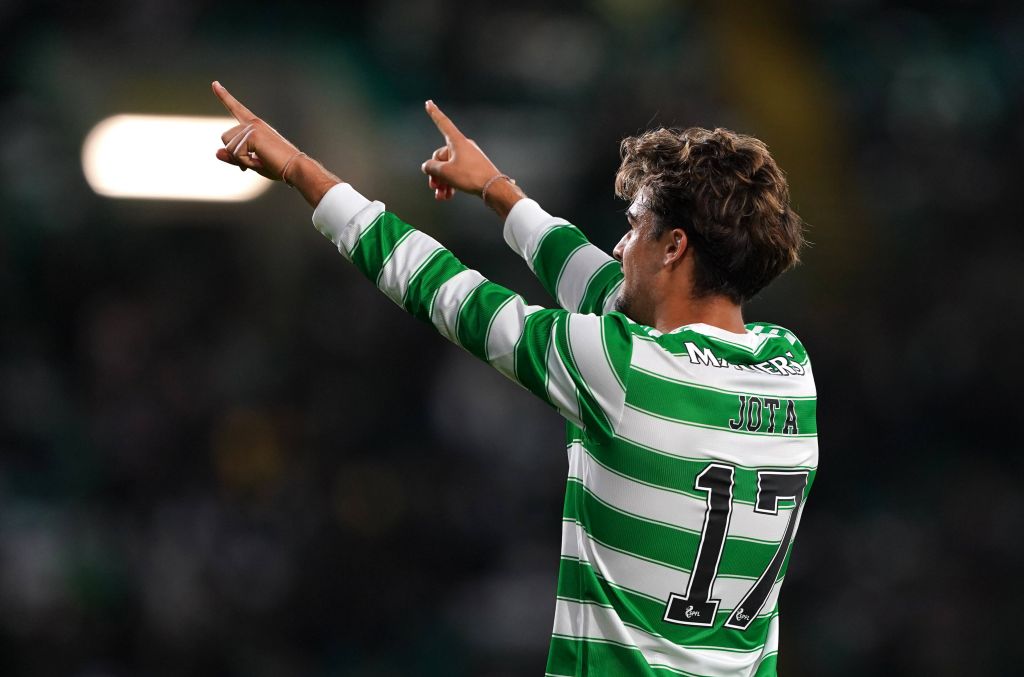 “It was our aim to go through to the next round. But now our focus is on Sunday for the league game, and then the Europa League game.

“It’s step by step. We can’t look too far forward. The most important thing was that I helped the team with the goal, and then the celebration just came naturally.”

Getting the first goal at a new club is something that usually eases the pressure on a new signing, but Jota isn’t too bothered about that. “I don’t think that’s the most important thing,” he said. “First it’s the team, then the victories and the process. The rest will then come easily.

“Of course, the atmosphere with the fans will help. If we play good football, if we deliver the results, for sure they will be with us. That is what we are hoping for. We work every day to do that and we are hoping for a lot more.” 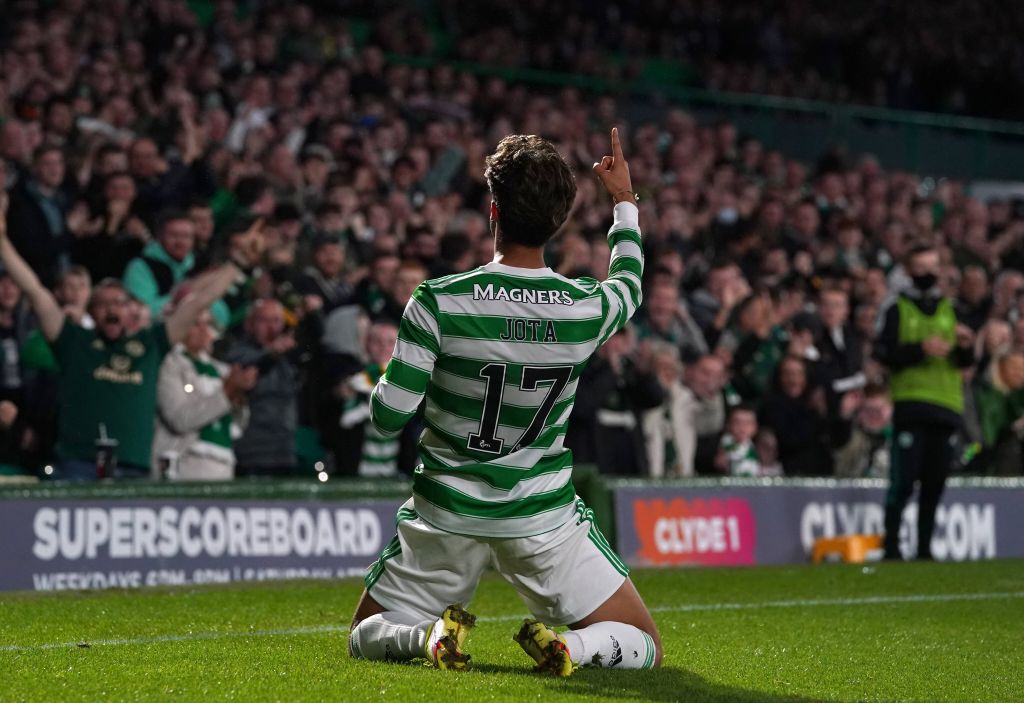 Jota also gave his first impressions of Scottish football. “Football is universal. I came here to play football and this team plays football.

“Of course, there are plenty of differences between the places I’ve been like last year in Spain, or in Portugal the last few years. But I just need to adapt and enjoy the football.

“I think you guys here enjoy football a lot. I was hoping for something like that, so I’m very happy to be here.”

On the atmosphere created by the Celtic fans at Paradise, Jota was full of praise. “It’s amazing, eh? I really like it. The atmosphere is very good. Everything that people have told me about Celtic has come true, and I just want to enjoy it as much as I can.” 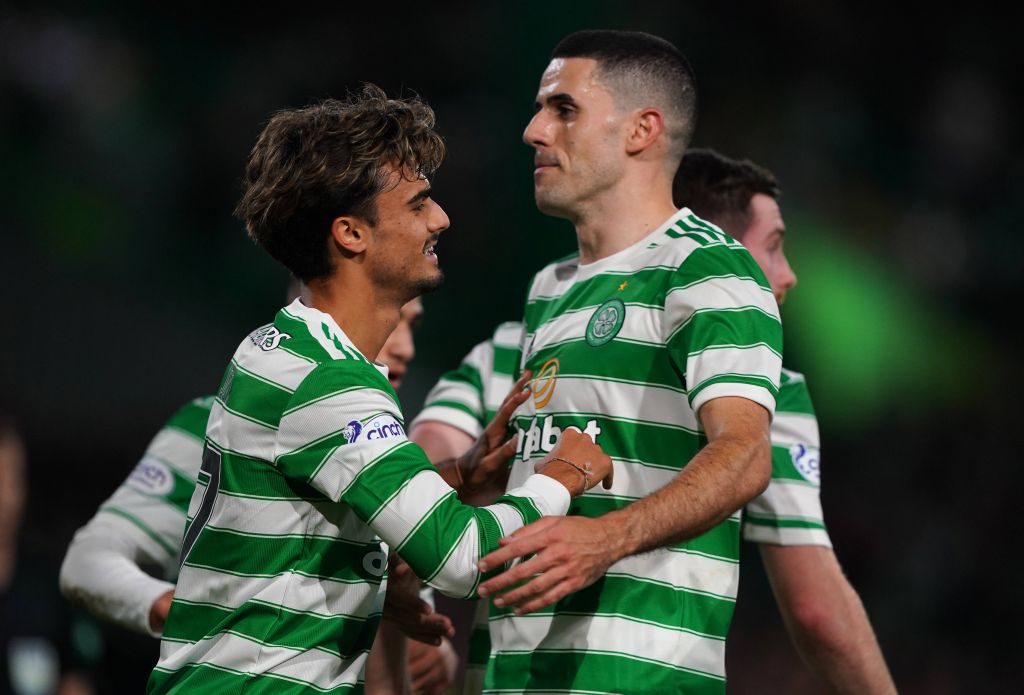 Then we was asked about Celtic’s poor away form this season with defeats to Hearts, theRangers and Livingston. “I’ve been here for only three weeks, and we have a good record at home.

“We just look at it game by game and try to do our best. So we go to the next game trying to put into practice what we have done in training. We have to stick together and fight for each other to deliver the result,” Jota responded.