You are at:Home»Latest»‘It’s like a scene from Apocalypse Now!’ Archie Macpherson

‘It’s like a scene from Apocalypse Now!’ Archie Macpherson said almost in disbelief as he commentated on the aftermath to Celtic’s Scottish Cup Final victory over Rangers.

I knew a guy in his early twenties at the time, who was at the front of the Celtic end (the 1980 Scottish Cup Final – which we wrote about yesterday on The Celtic Star, see HERE) and due to the crowd surge after the game, ended up on the park battling the Hordes for ten minutes before escaping.

Three years later, he had qualified as a joiner and joined the ludge. Soon after that he was professing himself one of the biggest ‘Gers’ men around. By the time Souness arrived and their cheating began in earnest he was a fully knuckle-w*nked season-ticket holding Bear. 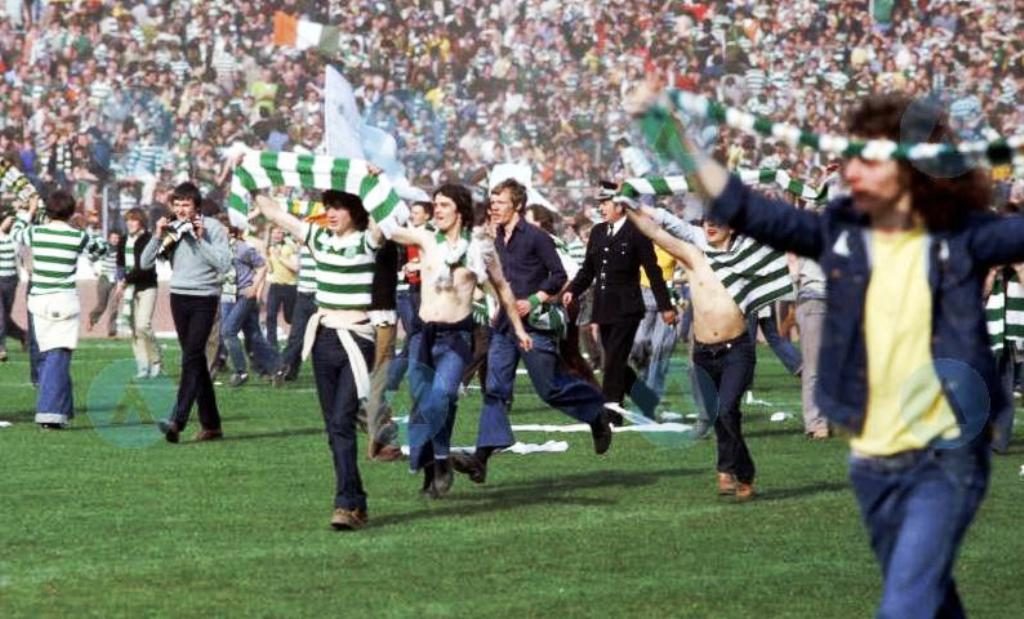 Met him a couple of times after that, the most amusing being about 25 years ago during their 9 in a row when he sidled into a pub where I was drinking with pals.

Always pleasant, he was up to me saying hello and asking after a few folk. He was in with his ludge buddies for a drink after a meeting.

But it soon dawned on him he was sat with me and two other uber-Tims at the bar and was the subject of scrutiny from his goat-pumping cohorts. The banter between us had naturally segued into football and with their domination of the time, the hubris was never far from a conversation with any of them.

However, his brash remarks about his nouveau-heroes had solicited the obvious responses from me; it was with a beautifully horrific drain of the colour pallet from his face that he realised I alone in the pub held the secret of his battling Celtic past.

He manage to choke out a sheepish plea for mercy from his drying throat, and seeing he had always been a decent guy with me, I did manage to stifle any revelations during my almost uncontrollable mirth. The schadenfreude was great, though, as he squirmed back into the throng of suspicious brethren. And so were the two rounds he put up for me and my mates; the price of silence.

I haven’t met him for a couple of decades. I sometimes wonder if he’s now regretting his lifestyle choices. Here’s to you, H, ya turncoat mug.

Previous ArticleEnd of an Error! Lee Congerton’s Celtic Exit Confirmed
Next Article ‘This was Hampden in 1980, not Culloden in 1745,’ David Potter