You are at:Home»Latest»Welsh angered by Bitton dismissal; has trust in youthful replacement

Going into the game on Tuesday, you may have expected some of the more inexperienced defenders to have been the ones on the ropes given the magnitude of the fixture and the connotations it may have on Celtic’s season. With Anthony Ralston at right-back following the board’s inadequacies to sign a proper full-back, and with Nir Bitton filling in as a make shift centre-back alongside the inexperienced Stephen Welsh, it appeared as though it would be the Israeli leading the rest of the pack to victory.

Yet, at the interval, Celtic were a goal to the good – and a man less, due to Bitton’s inexplicable stupidity in a tussle with Anders Dreyer.

It was left to 21 year-old Stephen Welsh and 18 year-old Dane Murray to man the fort; which they did superbly. Murray, in his first ever game for Celtic, was thrown into the deep end, and did an exceptional job of keeping Midtjylland out, which was sabotaged by Vasilis Barkas’s frailties in goal.

If Dane is selected next week then I’ve got massive confidence he can go there and put a performance in.

Speaking to The Glasgow Times, Welsh lambasted the decision to send off his team mate – but has full confidence in Murray to do as good a job as the Israeli.

“It was very soft. Even before the incident there was a clear offside. We need to deal with it in the right way and go again next week, obviously without Nir. It’s a blow as he’s a good player.”

“But Dane Murray was fantastic on his debut, both on the ball and defensively. He made me feel old! It was just another game for me. 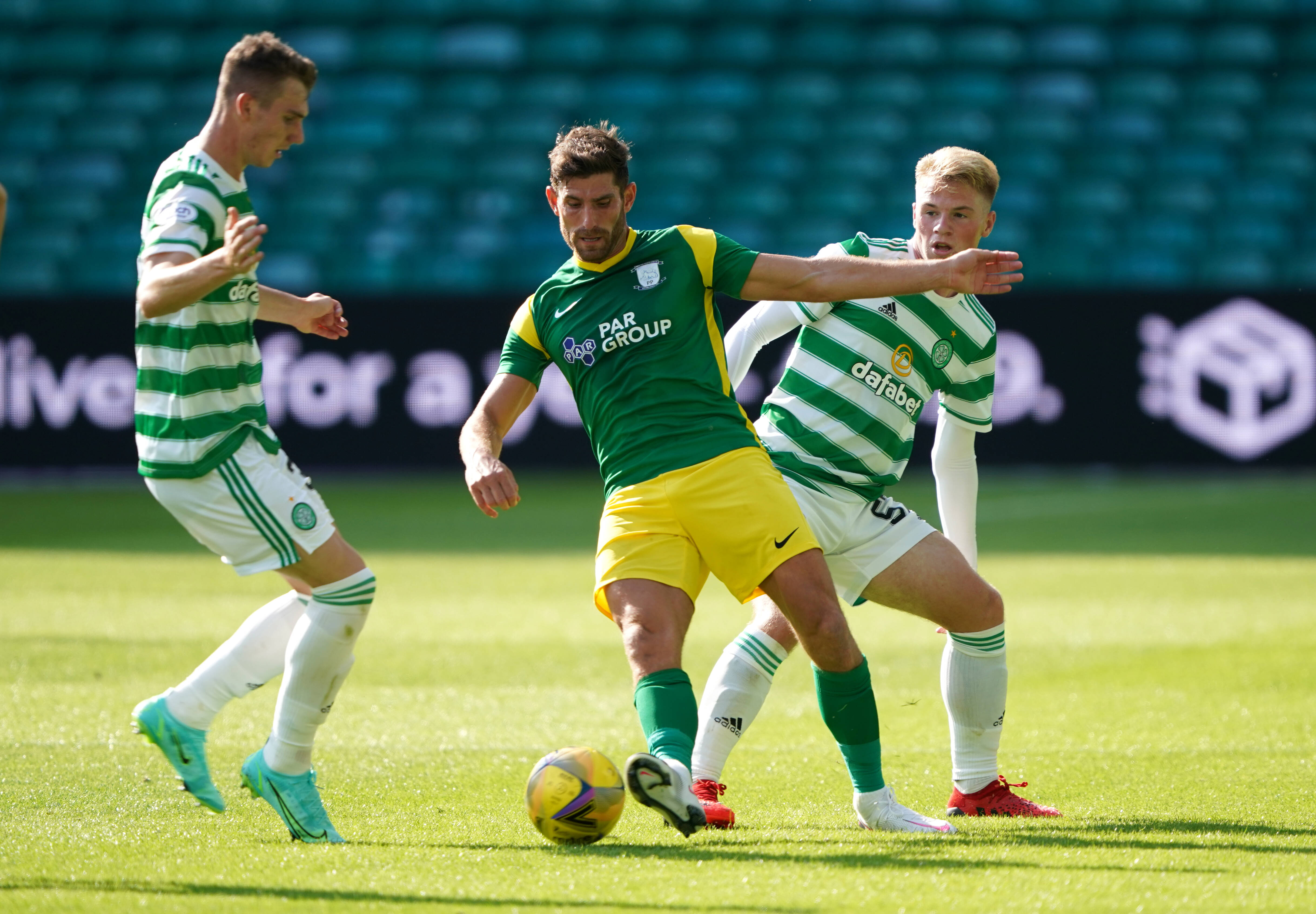 “When Nir went off I had confidence in Dane coming in because he’s trained with us since last season. He’s been fantastic and I felt comfortable with him because he’s so good, for such a young player.

“He’s got a bright future ahead of him and he’ll be a big player for us. The manager has faith in him and as a young player that’s all you need. Someone to put trust in you to go and play with freedom. If Dane is selected next week then I’ve got massive confidence he can go there and put a performance in.”

With Bitton suspended for next week’s clash in Denmark and Carl Starfelt likely to still be out in quarantine – keeping to the 10-day rule that the government have set out – it appears that Murray will indeed be selected next week alongside Welsh; and after Tuesday’s second-half performance, I think all Celtic fans will be delighted with that. At the same time, fans could be worried of inexperience – but Welsh isn’t fazed one bit.

“Coming on to the pitch, a young guy who was born in 2003 – I can remember 2003 very clearly! I watched him in training and he is a young kid, not just with football potential, but personality and character that belies his age.”

“You know how young he is and he is not just coming on the pitch, he is facing a formidable opponent and with 10 men. But you know what? My gut instinct told me he wouldn’t be fazed by it.”