You are at:Home»Latest»Celtic could be set for double striker swoop as Vangelis Pavlidis is linked with the club

Celtic’s problem with depth up front is no secret. Neil Lennon was even forced to deploy Lewis Morgan at striker when Odsonne Edouard was out injured. And while the Frenchman has been excellent throughout the campaign, Leigh Griffiths and Vakoun Issouf Bayo have proven to be ineffective. As a result, the Hoops will be looking to bring in some decent back-up as a New Year’s gift for French Eddy.

Earlier today, reports broke out that the club had activate the €4 million release clause of Polish striker Patryk Klimala. Playing for Jagiellonia Bialystok, the 21-year-old has scored 7 goals in 18 appearances this season and is a highly-rated prospect in his native Poland. But now it looks like he is not the only new striker that will walk in through the door at Parkhead in January. 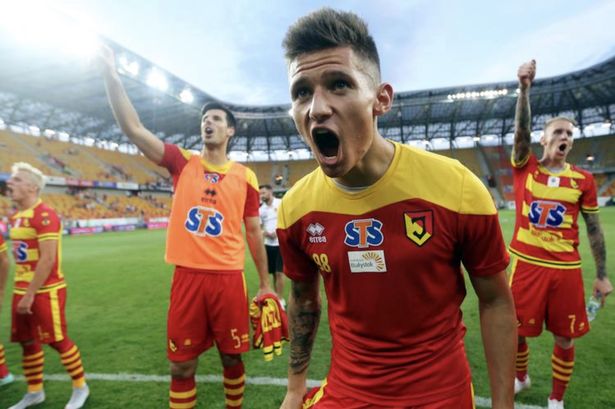 Celtic might be looking to complete a double swoop as they are being linked with Greek striker, Vangelis Pavlidis. The forward has already scored 10 goals this season while playing for Dutch side, Willem II. And according to Sporfm, Celtic have already had a €6.3 million bid rejected as the Eredivisie club are holding out for about €9 million.

It will be interesting to see if Celtic do indeed decide to bring in two new strikers in January while there are a number of other positions in the squad that need reinforcements. It is highly unlikely though that Pavlidis will join the club in any case considering the high transfer fee that Willem II have put on his head.