Celtic defender Liam Scales is facing a nervous few days as Aberdeen owner Dave Cormack weighs up whether to sack Jim Goodwin. Scales, 24, was part of the Aberdeen side that were humiliated in the Scottish Cup last night against West of Scotland side Darvel FC. 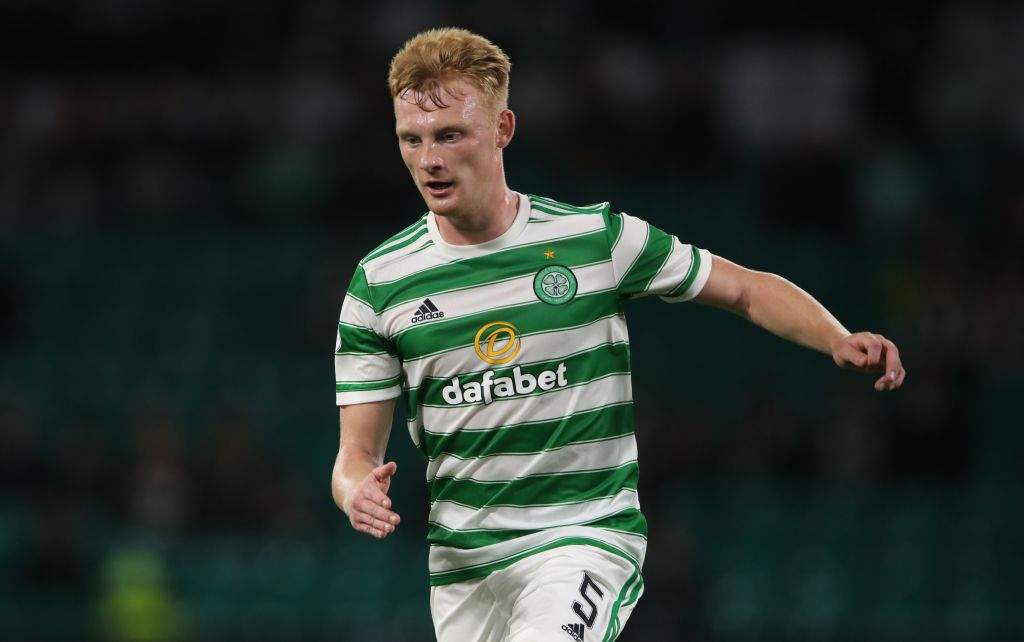 Liam Scales makes his debut for Celtic during the Premier Sports Cup Quarter-Final match between Celtic FC and Raith Rovers at Celtic Park on September 23, 2021. (Photo by Ian MacNicol/Getty Images)

The upset, probably the most remarkable in Scottish Cup history, has resulted in Goodwin’s future as Aberdeen manager being called into question. The run of dismal results, coupled with the embarrassing loss to Darvel, Goodwin is seemingly close to losing his role.

Scales was signed by Goodwin on a season long loan with his countryman emphasising that he wished for the former Shamrock Rovers man to use the stint at Pittodrie as an opportunity to secure a permanent move to the North East. Even as recently as last month, Goodwin remarked about Scales’ future with Aberdeen in positive terms. However, with the scorn of the Aberdeen support directed at Cormack and Goodwin, it’s likely that the central defender will soon find himself under new management.

The move to Aberdeen made sense for Scales. Moritz Jenz’s reported departure this month is testament to the quality options that Ange Postecoglou has. A return to Celtic at this juncture is unlikely to say the least.

Goodwin had scouted Scales while he was the manager of St Mirren and fancied the player so much so that he pursued him when appointed at Aberdeen. It remains to be seen whether Goodwin will lose his job but if he does, it seems very unlikely that a permanent move to the Granite City will transpire for Scales.