Kyogo Furuhashi has described his disappointment at being left behind by Japan for the World Cup in Qatar. The diminutive forward was a shoe-in many thought but in the end his international boss, Hajime Moriyasu decided to leave both him and Celtic teammate Reo Hatate behind.

It was a devastating blow for both men, who had to watch as fellow Hoops star Daizen Maeda received the call-up by the Blue Samaurai. His form this season has been stellar and has bagged himself 10 goals already thus far in the campaign. Likewise, his comrade Hatate – who celebrated his birthday yesterday – has been in sensational form for the Parkhead club. 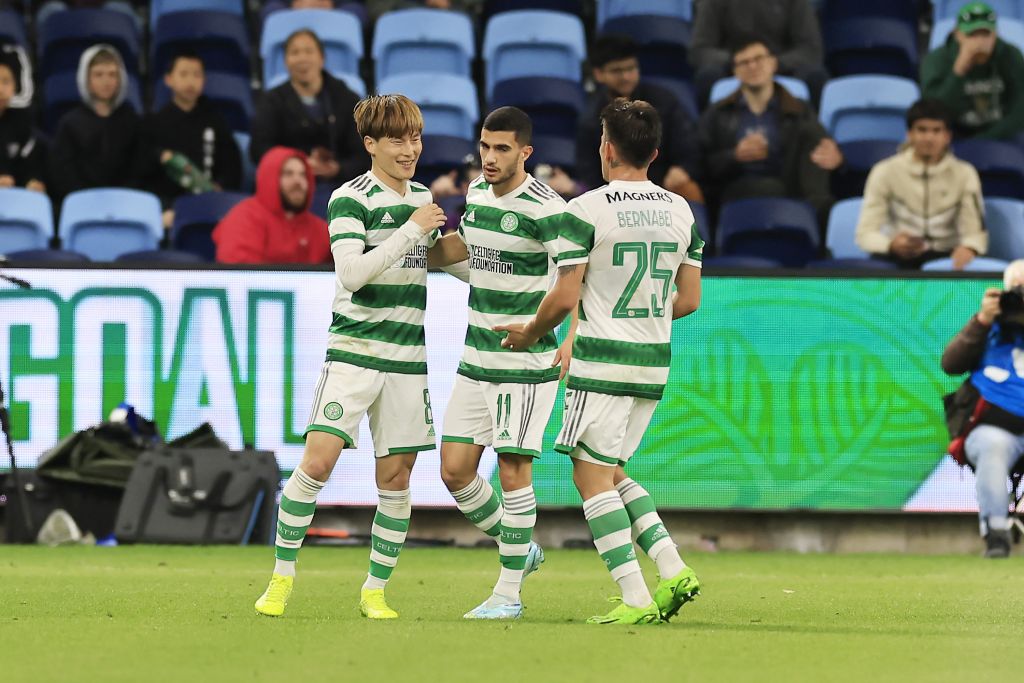 Kyogo Furuhashi, Liel Abada and Alexandro Bernabei of Celtic celebrate a goal during the Sydney Super Cup match between Celtic and Sydney FC at Allianz Stadium on November 17, 2022 in Sydney, Australia. (Photo by Mark Evans/Getty Images)

On being overlooked for 2022’s showpiece tournament, he said: “My dream and my goal was to play in the World Cup. Of course, I was extremely disappointed and shocked. But this is no time to stay depressed. My football life doesn’t end here. Now I have to move forward”, as reported by Scottish Sun.

The former Vissel Kobe man revealed that he had to watch on live tv as the squad was announced and his name was not on the roster. He said: I woke up early in the morning at home in Scotland to watch the press conference announcing the members of the national team, but my name was not called. I was preparing for the Champions League match against Real Madrid so I tried not to think about it and concentrated on the game in front of me. 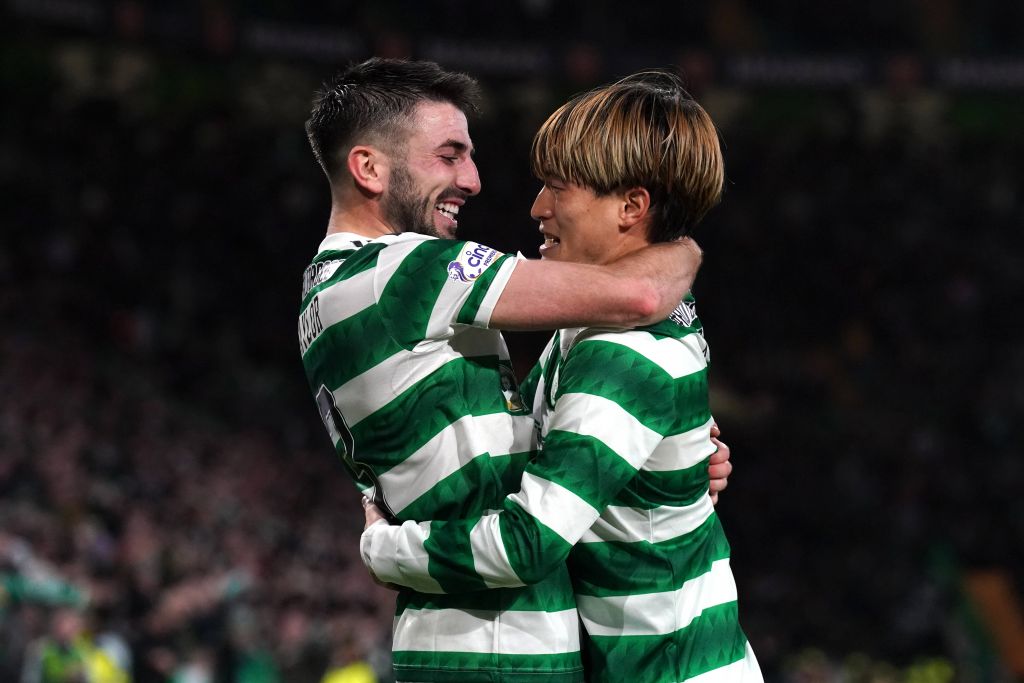 Ever sanguine, the Japan international has admitted that his fellow teammates at Celtic have helped him get over his disappointment, claiming that he keeps a smile on his face continually to help morale. He continued: “During this time, my Celtic teammates were very supportive.

“I felt that everyone cared about me a lot. It would be selfish to stay depressed forever and it would cause trouble for the team. My motto is to smile and I kept saying ‘don’t worry’ and tried to keep a smile on my face.

“When I went home after the game against Real, I had the next day off. I decided to use that one day to cheer myself up. We watched films and played games. I spent the rest of the day lounging around at home. And by the time I went to training the next morning, I felt okay.

The World Cup is a stage I have dreamt of playing in since I was a child. When I was called up to the national team for the first time in 2019, my dream turned into a goal. And every time I got selected for the squad, I felt I was getting closer. 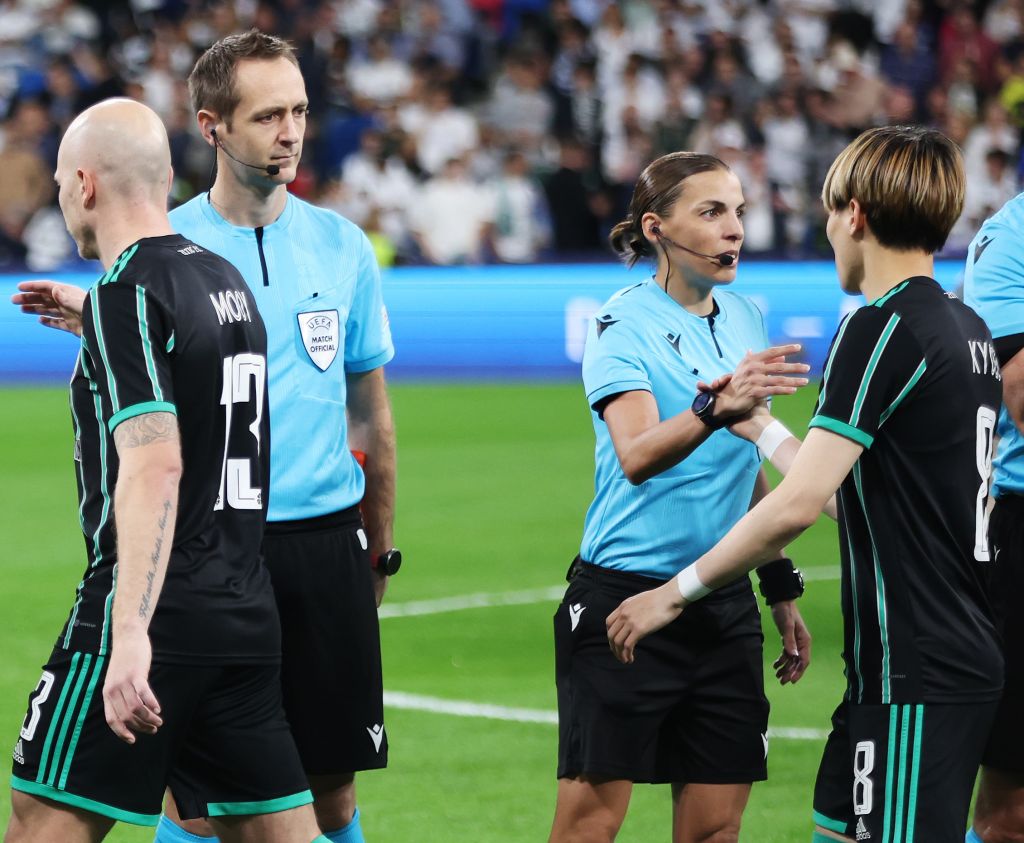 “I had chances to play for the national team in the past, but I didn’t make any tangible difference in terms of being a goal scorer. I have no regrets about the path I chose. Looking back, four years ago, when the tournament was held in Russia, I was still with FC Gifu in the second division.

“At the time, I couldn’t have imagined that I would be feeling such regret four years later. So it’s great that I was able to experience this feeling. I can’t think about four years from now, but I am motivated to grow into a player who will be selected for the next edition. I will support Japan as a fan. There are players who have fought with me carrying the flag of Japan on their shoulders. I really want them to make it to the last eight for the first time.” 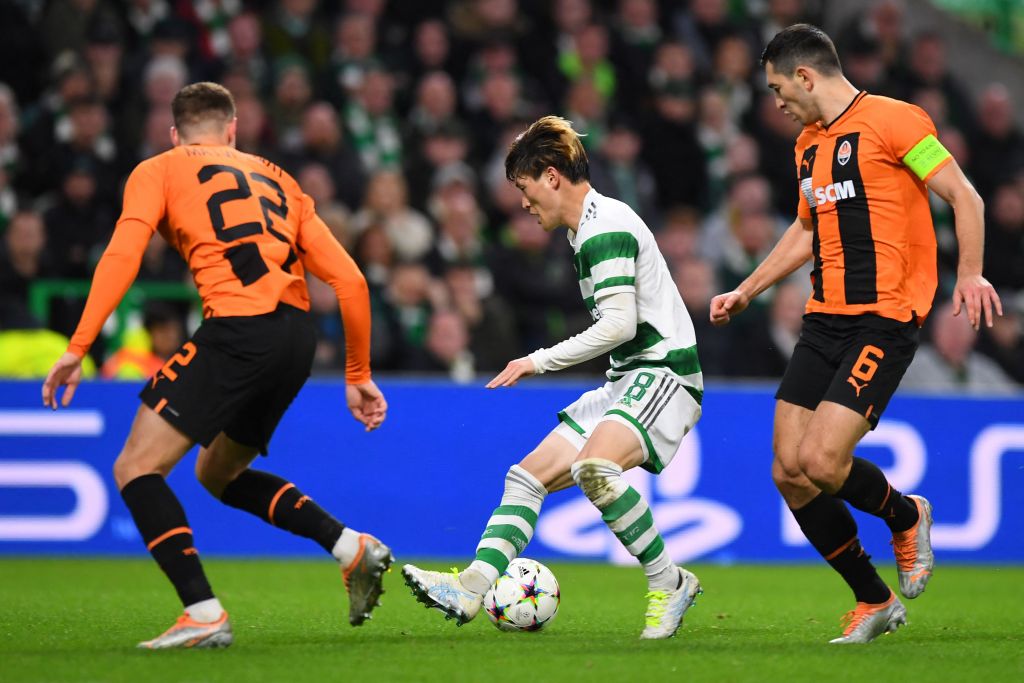 Kyogo Furuhashi during the UEFA Champions League Group F football match between Celtic FC and Shakhtar Donetsk, at the Celtic Park on October 25, 2022. (Photo by ANDY BUCHANAN/AFP via Getty Images)

Kyogo is now looking forward to the rest of the domestic season with the Bhoys and is keen to beat his goal haul of 12 last season. Sitting pretty on double figures already, the little striker should smash that no problem.

He added: “My latest target is to score 15 goals in the league by the end of the season. Last season I scored 12 goals. This season I have already reached double figures, so I think if I can score 15 this season I will have had a better season. I feel that if I get over 15 goals next time, I can surpass what I did last year. I just want to get better and give something back to everyone. I can do my best because so many people support me and give me love.”