You are at:Home»Latest»So just who were the Class of ‘55? Epilogue – Celtic’s David Duffy
Showing 1 of 2
Next

So just who were the Class of ‘55? Epilogue – Celtic’s David Duffy

It’s always nice to solve a mystery and even more so when it’s a Celtic mystery and we can give due credit to someone who wore the famous Hoops. We have finally managed to secure some additional information on – and current photographs of – a Celt from the 1950s who is still going strong at the ripe young age of 90! Here is the context.

July’s article in The Celtic Star featuring photos provided by Peter Goldie, Celtic’s oldest-living first-team player, provoked a lot of interest and discussion. One photo in particular generated quite a few queries. It was a photoshoot taken at the annual public trial match played at Celtic Park on Tuesday, 9 August 1955, replicated below… 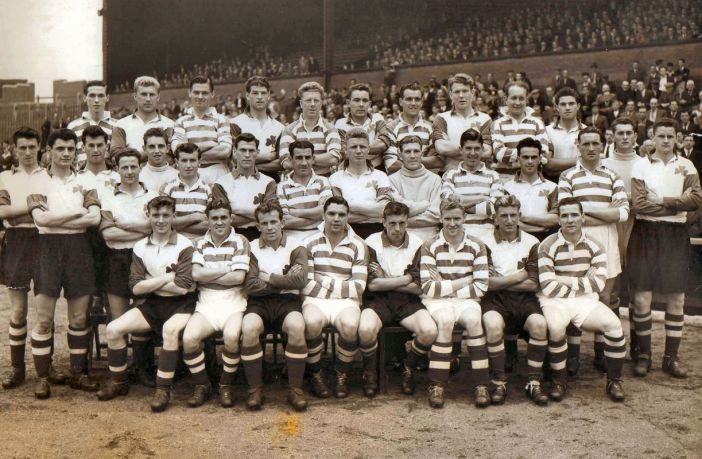 Some of the players of course are instantly recognisable as Celtic legends, whilst most of the others are familiar to those who know their history but a few of the faces presented some challenges in terms of identification. Here at The Celtic Star, we like to acknowledge every Celt who lived the dream and could proudly tell their family and friends “I played for Celtic,” so we thought we’d make sure we had a full cast list to publish. That’s when the fun started, and I guess ended over the weekend with the additional information on the final Celt.

Within minutes of The Celtic Star publishing the article, @CelticCurio produced a list of all the surnames in the photograph. This was a huge help as we set about linking names to faces.

Starting with the back row, I was comfortable with John Jack (originally Jonas Kaduskeviechi) on the left, and Dunky MacKay, Frank Meechan and a young Bertie Auld from middle to right. The Celt fourth from left though was a new one on me. Curio gave his name as Duffy, a fact confirmed separately by Peter Goldie. Until the weekend, he remained the most difficult player in the group to secure information (and another verifying photo) on. Jamie Forrest did some digging and established that he is David Duffy, who played at Celtic Park between 1950 and 1956 without making a first-team appearance. 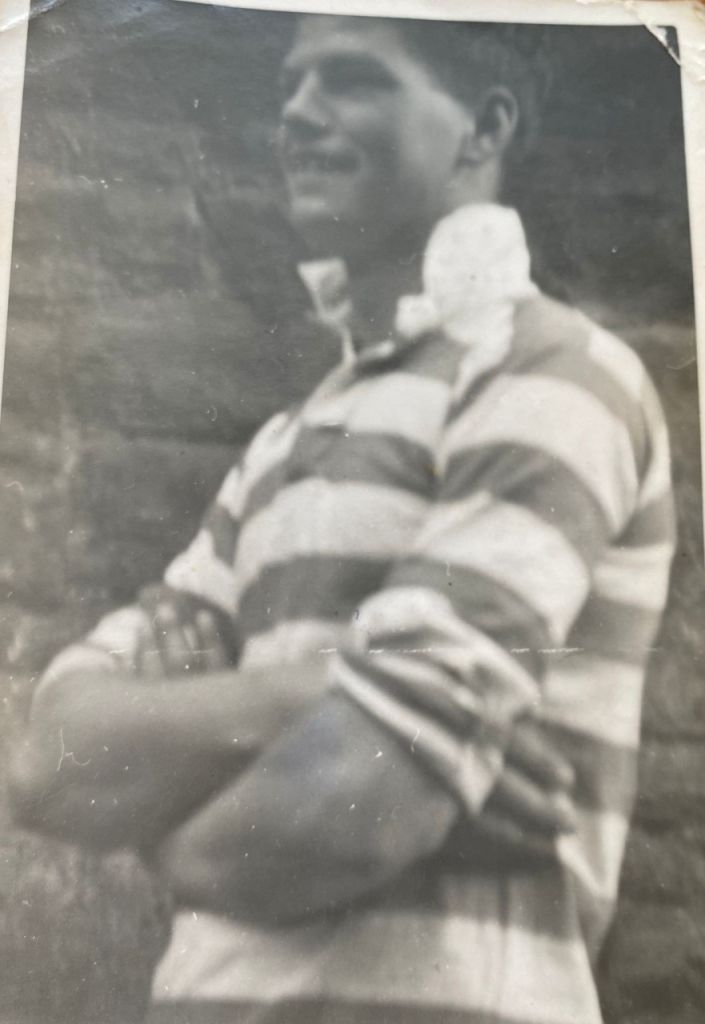 “The only one whose first name I can’t recall is Duffy in the back row beside Bobby Evans. He was a really nice person and came from the Dundee area. If you get his first name, I would like to know it, Matt.”

Showing 1 of 2
Next
Previous ArticleMotherwell protest Celtic kick-off time with dig at broadcasters
Next Article “That’s why this year so far we have this 100% record and we have yet to concede,” Fran Alonso