You are at:Home»Latest»Dear oh dear Dorus – A first domestic blemish for the Celtic Invincibles

There seemed to be no sign of a hangover from the heavy defeat in the Camp Nou as Celtic travelled to face Inverness Caledonian Thistle on Sunday, 18 September 2016. On a ground which has been the source of much pain in the past, the Hoops opened brightly against a Thistle side resplendent in their Barca-style blue and red stripes. Celts made two changes from midweek with Rodgers’ preferred 4-2-3-1 system back in vogue, Kolo Toure and Nir Bitton replaced by Callum McGregor and Tom Rogic.

The breakthrough came within quarter of an hour, Kieran Tierney doing brilliantly down the left to turn his defender, his swerving cross with the outside of his left foot being met perfectly by Tom Rogic to crash the ball down and past Owain Fon Williams in the home goal.

At that point, Celtic looked to be on target for a convincing win, however, the hosts fought back 10 minutes later through the wonderfully-named Billy King, presumably there is only one of him. He cut in from the stand side to unleash a fierce volley, Dorus De Vries getting a good hand to the ball but only succeeding in palming it into the net for 1-1. 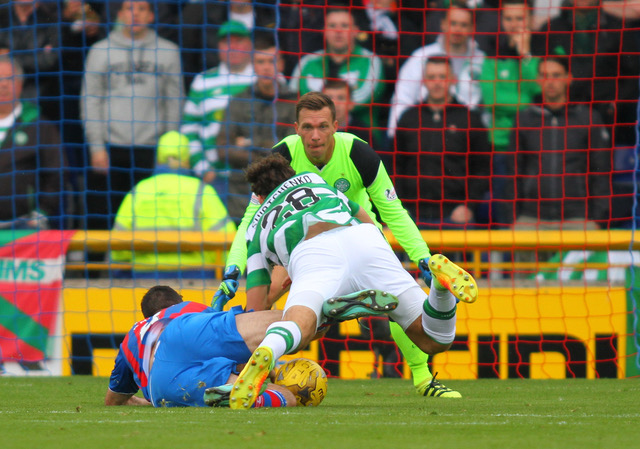 18.09.2016. Caledonian Stadium, Inverness, Scotland. Scottish Premier League Football. Inverness CT versus Celtic. Erik Sviatchenko brings down Ross Draper outside the box but no foul is given

The game’s moment of controversy occurred soon afterwards, McGregor casual on the halfway line, allowing Ross Draper a clear run on goal. As the Caley midfielder approached the box, he went down in a heap under a challenge from Erik Sviatchenko. Home arms were in the air, claiming the free-kick and a red card. Referee Don Robertson, who would be involved in further controversy in the Highlands later that same season, chose to award neither and Sviatchenko escaped. 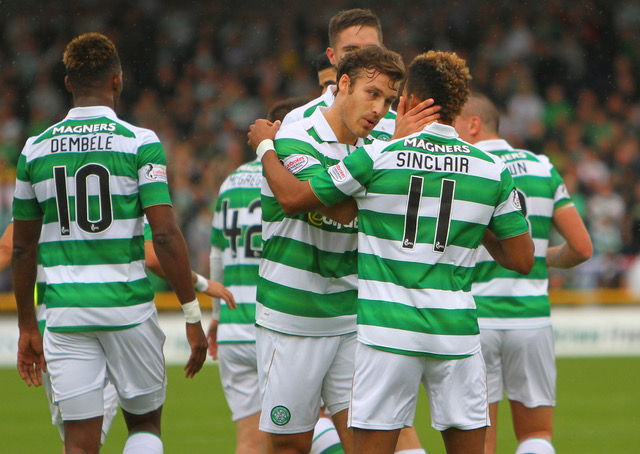 Within minutes, Scott Sinclair had restored Celtic’s lead with a stunning goal. Slipping his marker delightfully on the halfway line, he advanced on goal and as the defenders ensured his options to pass were limited, Scott took Route 1, curving a delicious right-foot shot into the corner past the despairing Welsh keeper. It was a goal of some significance for the Englishman, as he became the first Celt to score in the opening five League games since Jimmy McGrory in 1935. The great McGrory, Celtic’s all-time leading scorer, would go on to net in the first eight games that season before missing the ninth game at Ibrox through injury, going on to create the League record for a player wearing the Hoops by scoring 50 of the team’s 115 goals as they secured the title. Some big boots to fill there for you, Scott. 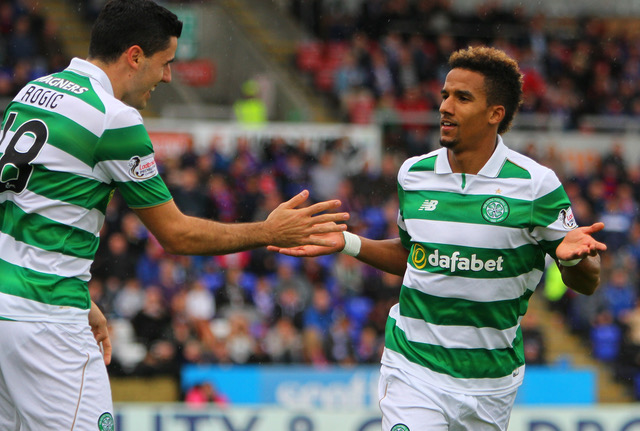 The second half saw a series of great saves from Fon Williams and missed chances, as first Sviatchenko hit the post with a header then McGregor and Tierney both watched as their efforts crashed back off the crossbar. Then, as so often happens at 2-1, that failure to kill the game off comes back to bite you. A last-minute Inverness corner was only half-cleared, the ball quickly swung back in by Greg Tansey for substitute Alex Fisher to steer a header into the far corner of the net past De Vries for an unlikely and undeserved equaliser, the first blemish on a perfect domestic record for Brendan Rodgers’ side.

The Celtic manager was pragmatic afterwards.

“We should win that game fairly comfortably. It was on the back of a tough week, coming to a tough place. If we can’t take the three points, then one will have to do. Some of our movement, the tempo and the speed in which we attacked was brilliant, and I think you’ve got to credit the goalkeeper. The important thing was we were creating the opportunities, and, on another day, we could have had another four or five goals.” 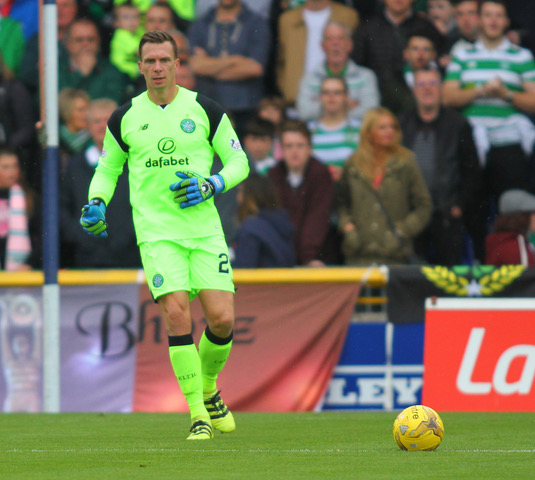 Unsurprisingly, his Inverness counterpart, fellow Irishman Richie Foran, wanted to speak primarily about the challenge on Draper, whilst claiming he believed that they could salvage something from the Hoops onslaught.

“The referees have got to be brave. It’s quite blatant, it’s there for everyone to see. It was an obvious free-kick and then it’s an obvious sending off. Ross has pushed the ball in front of the lad, he’s got his body in the way, the player’s taken him down. I’m very disappointed with the decision. Very, very disappointed. I told the boys at half-time we will get one more chance. Believe it, we will get one more chance. And we did. The desire is there, the hunger is there, and there’s still more to come from us, still more quality. When we do peak, we’re really going to punish some team. I really believe that.”

What was Brendan Rodgers’ take on that incident?

“I haven’t seen it. Some people have said they’ve seen it seven or eight times and they’re not sure.”

I’ve seen them given as free kicks many times, however, I think the video footage is inconclusive. I would have been claiming it, definitely, and if Robertson gives the foul it’s a red card also. However, I’m not sure that even VAR would have identified a clear and obvious error on the part of the referee.

*An extract from Invincible by Matt Corr, available now.